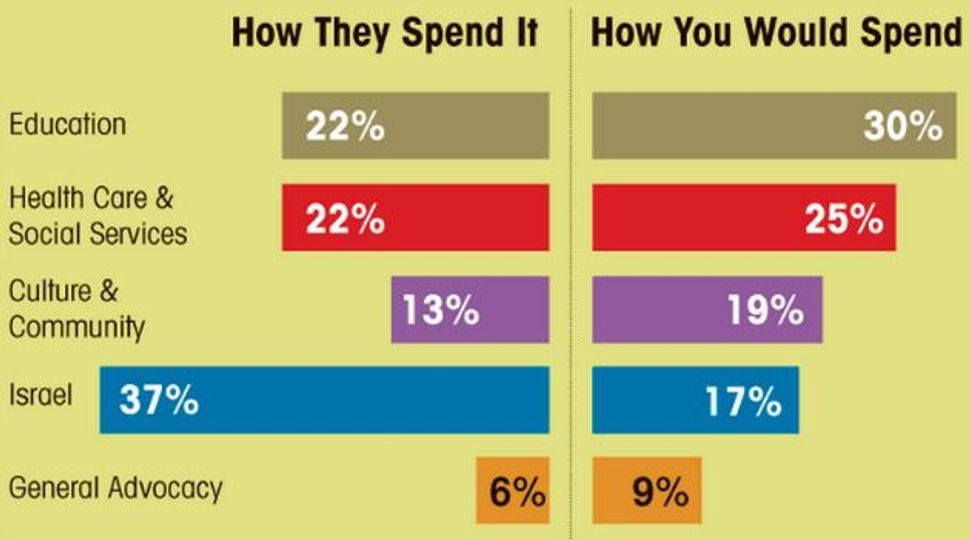 Last week, as part of our ongoing investigation into Jewish charity finances, we asked you how you thought Jewish charitable dollars should be spent.

The results, embedded below, suggest that Forward respondents think that education-related Jewish charities should get the largest share of contributions, followed by health care and social service-related charities. Israel-related charities rank fourth.

These poll results are far from scientific. Still, they shed light on the opinions of Forward readers, as Jane Eisner wrote in her editorial this week.

Close readers confused by the disparity between the “How They Spend It” figures reported below and the numbers reported in our story on this two weeks ago, take note: We excluded two categories from the poll for the sake of clarity, which resulted in tweaked figures.