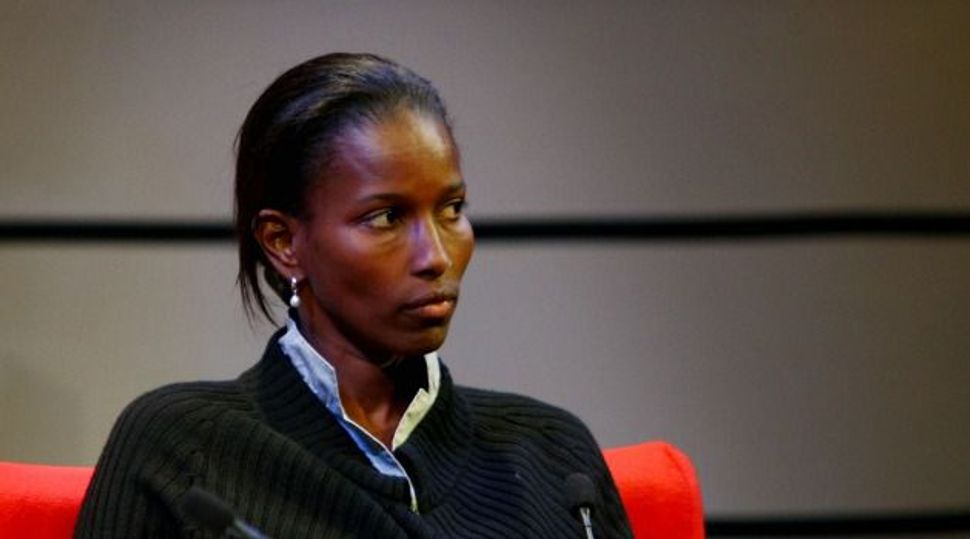 To begin with, let’s clear up a few details of the flap over Brandeis University’s decision to revoke an invitation for Ayaan Hirsi Ali to receive an honorary degree and address the graduating class: Hirsi Ali is emphatically not being “silenced,” as she and her defenders claim.

The university, in tandem with its notice to Hirsi Ali that her award was rescinded, invited her to campus to expound on her views in a forum that did not confer upon her any honor.

That latter invitation was the lynchpin in Brandeis’s strategy to correct its mistake — the initial offer of an honor — in the best way possible: by preserving the notion that universities should be bastions of free thought, even for deeply unpopular ideas.

And it is that invitation which renders moot Hirsi Ali’s complaint that “neither Brandeis nor my critics knew or even inquired as to what I might say. They simply wanted me to be silenced.” The issue with honoring Hirsi Ali was never what she may say — hence the standing invitation to speak — but rather what she has said.

Hirsi Ali’s record is plump with remarks that any tolerant, liberal institution should view with caution. Her personal narrative and work on women’s rights may tell a different, laudable story, but not one that outweighs the pattern of hostility toward a major world religion.

This hostility crosses boundaries beyond atheistic skepticism and into literal militant opposition to one faith in particular: Islam. Hirsi Ali claims her “critics have long specialized in selective quotation – lines from interviews taken out of context – designed to misrepresent me and my work.”

Consult, in full, a 2007 interview with Reason, which Hirsi Ali has never disavowed, wherein she repudiates the notion that her enemy is merely radical or political Islam. When Hirsi Ali describes a “war with Islam,” the interviewer asks simply, “Militarily?” Hirsi Ali responds in the affirmative.

That Hirsi Ali falls back on claims that she’s being “silenced” — which, again, she is not — should raise some alarms. I reported two years ago on an event — another award ceremony for Hirsi Ali — where she spoke on “the advocates of silence.” In the speech, she raised the anti-Muslim Norwegian mass murderer Anders Breivik. Hirsi Ali denounces his act, but then gives a credulous voice to the justification Breivik used: “He says very clearly that it was the advocates of silence. Because all outlets to express his views were censored, he says, he had no other choice but to use violence.”

That view is not difficult to reconcile with Hirsi Ali’s call for a military war against Islam: Breivik, after all, hoped to spark, as the New York Times put it, a “war to defend Europe against the threat of Muslim domination.” The goal, if not exactly the tactics, was the same as Hirsi Ali’s clarion call.

The latest project Hirsi Ali finds herself involved with also relies on a clarion call, that of the aptly named Clarion Project, a film production outfit with close ties to the pro-Israel right. Clarion is so noxiously Islamophobic that New York’s former mayor denounced the airing of one of their films at a police event. Hirsi Ali features as an expert interviewee in Clarion’s latest film.

Clarion’s involvement with Hirsi nicely encapsulates something observers of the current row may have noticed: many — though not all — of the vociferous objections to Brandeis withdrawing its offer to award come from the pro-Israel community. Occasionally it comes from the center, but it’s heavily concentrated in the community’s right wing.

This is most unfortunate precisely because it, too, has become something of a pattern. From the pages of Commentary and the Weekly Standard, to the proclamations of Abraham Foxman, to the writings of former New Republic editor Marty Peretz, those in the hard-line pro-Israel community have become the chief public voices of a pervasive anti-Muslim bias.

This troubling trend has garnered some coverage in the progressive press, but mainstream and Jewish press have lagged behind. On the latter score, the editors of the online magazine Tablet, on Thursday, bestowed upon Hirsi Ali their impromptu “Moses Award.”

“There is every reason to imagine that [Supreme court justice and university namesake Louis] Brandeis would have enjoyed hearing Ayaan Hirsi Ali speak — regardless of whether he agreed with her or not, and maybe especially if not,” wrote the editors.

Brandeis would, then, have had no issue: like many of Hirsi Ali’s defenders, the Tablet editors’ sleight of hand about “silencing” her speech only works when you elide the school’s standing invitation for her to speak.