Should I Die for Passover? 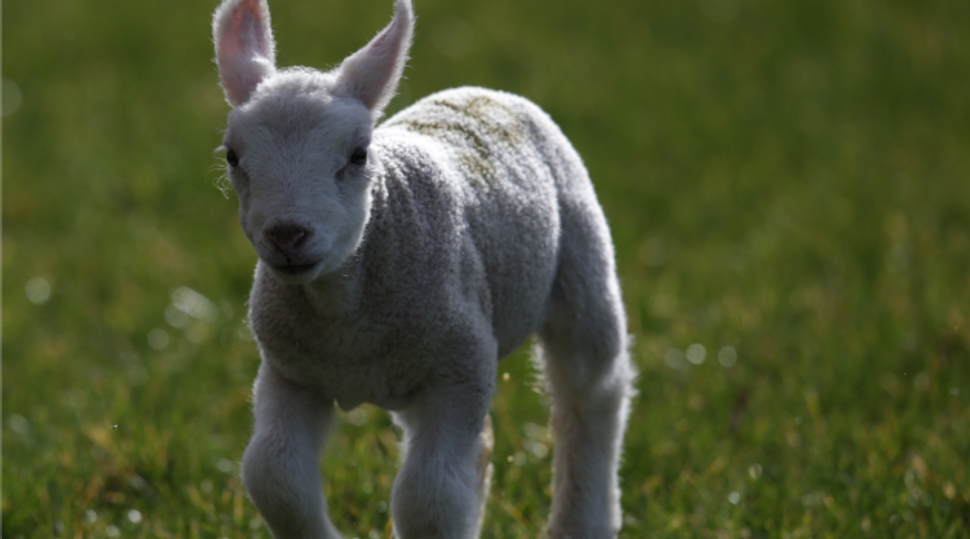 This week is prime time for Passover shopping and cleaning. But in Jerusalem, hundreds of people will be engaged in a very different type of preparation for the festival — witnessing the slaughter of a lamb, just like in the olden days.

The Seder has its origins in ancient times, when the Israelites slaughtered, roasted and ate lambs — Paschal lambs.

According to the Torah, the Children of Israel were commanded “in perpetuity” to sacrifice a young lamb or goat on the anniversary of the Exodus. But this sacrifice was to be conducted in the Temple, and was therefore suspended after the Temple’s destruction nearly two millennia ago. With some innovation from rabbis the Seder morphed in to the more domestic affair we know today.

Contemporary Seders, with their many commemorations of the sacrifice, such as the shank bone on the Seder plate, are largely a tribute to the offering. But some Israelis want to go a step further.

In a few hours, in a yeshiva in the neighborhood of Kiryat Moshe, a religious non-profit will give a demonstration of the original Paschal service. Their slaughterer will kill a lamb as a choir sings of praise, and as a state veterinary inspector looks on. He will then sprinkle the blood as-per Biblical instruction. The lamb will be roasted and, as-per the Biblical procedure, everyone in attendance — men and women — will get a portion. The diners will include rabbis from a broad ideological spectrum within Orthodoxy.

“Passover is not about matzo ball soup; it’s about the Passover offering,” Chaim Richman, International Director of the Temple Institute which is running the event, commented to Forward Thinking.

Referring to the reams of rabbinic texts written on the Paschal sacrifice he said that is important, educationally, to give a more vivid insight in to what it looked like. “The logistics is a Jewish art discussed and clarified throughout the generations,” he said.

He said that the slaughter is poignant, as lambs were considered sacred in the ancient world when the sacrifice was instituted. The ceremony is “literally to slaughter all of the idolatry in the entire world and stand up for what we believe in, namely one God,” said Richman.

While the Temple Institute has been known to stray from religious education to politics, in its quest to increase Jewish rights on Temple Mount, it didn’t attempt to hold this even on or near Temple Mount, where it may have increased Jewish-Arab tensions. However, as the Forward has reported,, in previous years right-wing activist has tried to organize a sacrifice there, but was stopped by Israeli authorities.

Should I Die for Passover?