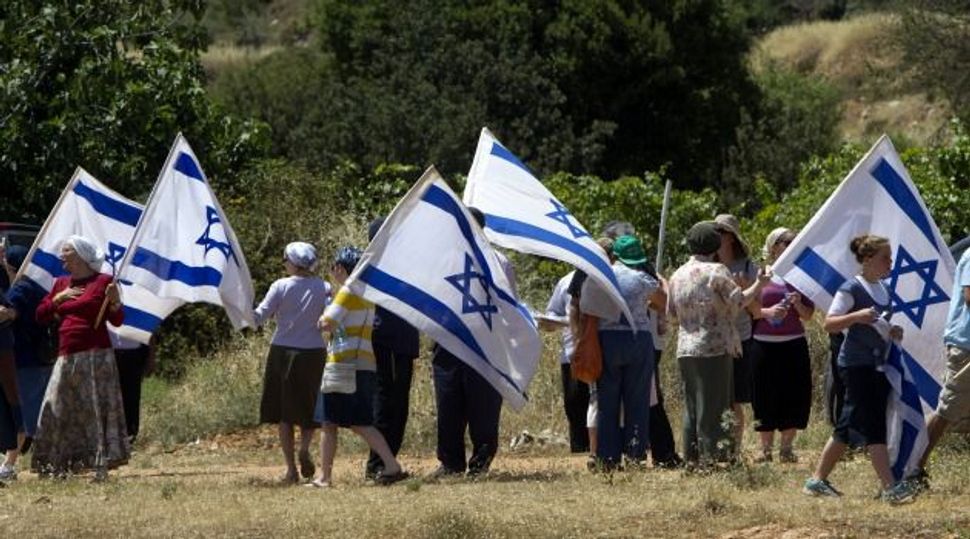 The big story in Israel is no normal decision to build a few extra settlement homes; it is a highly unusual development for the occupied West Bank.

According to an as-yet unconfirmed report, the state is setting the wheels in motion for an appropriation of nearly 250 acres of territory in the Gush Etzion settlement bloc near Jerusalem.

However, if today’s report is correct, the government will actually be increasing the settlement footprint. An outpost which is currently illegal in state eyes will be legalized, in a sense creating a new settlement, and the rest of the land to be appropriated would be available for zoning for brand new settlements.

As well as the appropriation report, today has been party day in the Jewish community of Hebron, which received go-ahead from the Ministry of Defense to move in to a new enclave in the city.

In early 2007 some Jewish Hebron families lived in the four-storey building where the ceremony took place. However, after 18 months the Israeli government ordered them to leave. While they claimed that they were entitled to live there, because one of their supporters in America, Morris Abraham, purchased the property, the original Palestinian owners claimed the purchase was fabricated.

Last month, an Israeli court ruled that Abraham does own the building, and now the Ministry of Defense has said that the Jewish community can move back in.

If the peace process doesn’t get back on track, today may well be remembered as the day when Israel threw caution to the wind and backed settlements with a whole new gusto.