A Hebron Land Grab, Just in Time for Passover 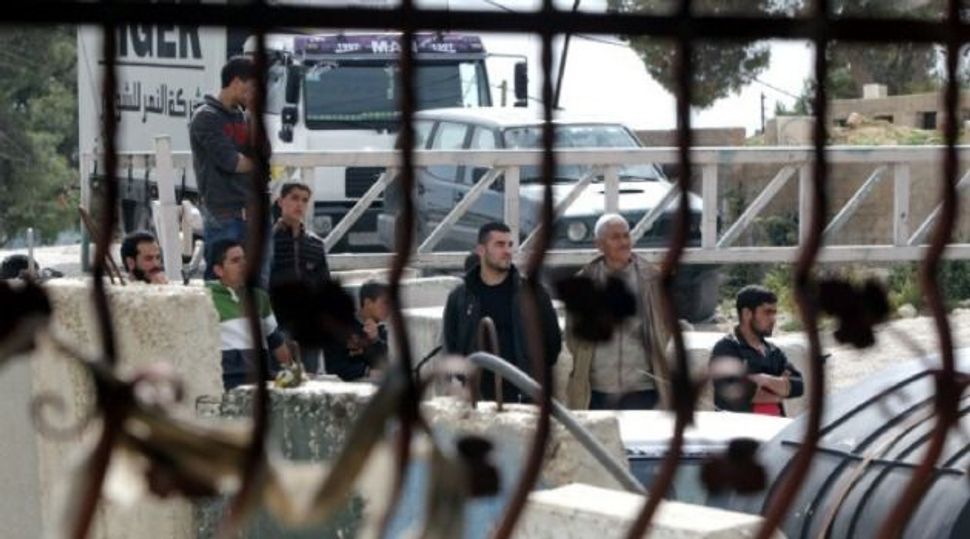 For the settlement movement, there is poignancy in the fact that the Hebron Jewish community has branched out into a previously Palestinian neighborhood just before Passover. It was Passover 1968 when settlers first got their foothold in Hebron, after renting out a hotel and refusing to leave.

For critics of the settlement movement, the echo of 1968 is also relevant. When the Israeli government decided yesterday that settlers could move into a building surrounded by Palestinians, it was a reminder of just how much Hebron settlers have increased their holdings over the years.

In ’68 they left the hotel in exchange for the promise of a settlement next to Hebron. Today, they have this adjacent settlement as well as four (or, as of yesterday, five) enclaves in Hebron itself.

Settlers have done their utmost to present the wrangling over the building they are currently moving into as a legal issue, not a political one. They managed to prove the previously disputed Jewish ownership of the four-story building now being populated. Therefore, they argued, they should have the right to live there.

But that isn’t the way that settlement works in the West Bank. The right to settle in the West Bank, even if land or property is owned, is still down to the Israeli government. In other words, even if Israelis have indisputable title deeds to a building, the government still has the absolute right to prevent the owners from entering.

When the government told settlers in Hebron that they can expand, it wasn’t simply applying the law, but rather making a contentious political decision. It is a decision that will impact the day-to-day lives of many Palestinians, who will be subject to extra security measures due to the arrival of Israelis in a new neighborhood. And it will also impact the lives of many Israelis.

Currently, some 650 Israelis serving in the army and border police are tasked with protecting the Hebron Jewish community, which consists of less than 100 families. The number of Israelis who will spend long days and nights engaged in this thankless task will rise significantly as a result of this latest government decision.

A Hebron Land Grab, Just in Time for Passover