4 Lessons for Jews From the Overland Park Rampage 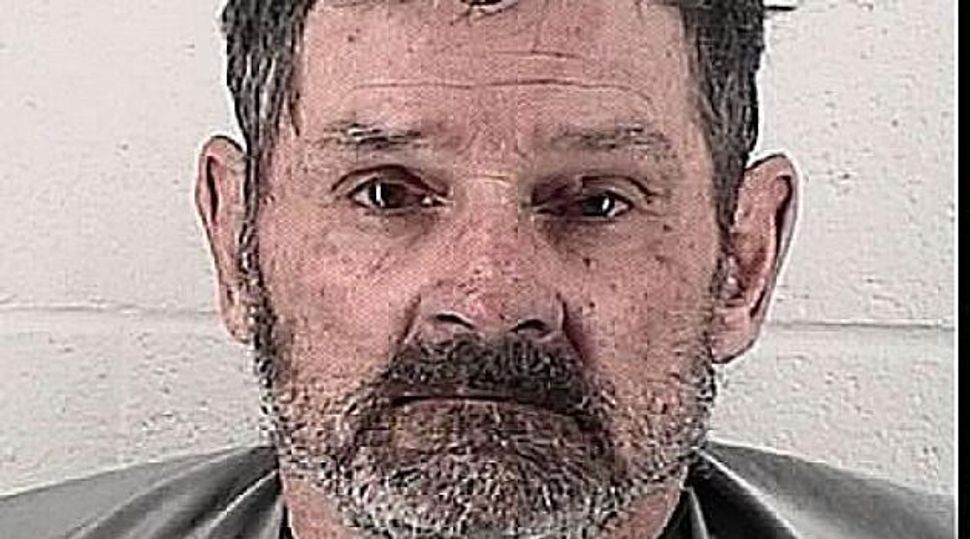 Image by courtesy of johnson county

The tragic shootings in Overland Park, Kansas, seemed, to many of us, like a throwback to a bygone era. It’s no coincidence that the shooter was at least 73 years old. His ideology seems ancient as well: the Ku Klux Klan, Jewish banking conspiracies, hatred of miscegenation. Anti-Semitism is still with us, but usually not this anti-Semitism.

Yet to disregard this act of domestic terrorism would be a mistake. In fact, there are at least four important lessons we should take from this heinous act.

To begin with the most obvious: anti-Semitism is real. This may seem not to require affirmation, but remember, today’s college students have grown up in an age free of the old hatreds. They are insulated from anti-Semitism in Europe, Asia, and the Muslim world. And they are more likely to encounter anti-Semitism being used as a political charge, in the context of Israel. Or as a joke.

But we are not so far removed from the tragedies of the past, and as Jews sit down to the Seder meal, this event is a teachable moment of how the hatred of Jews-as-Other is still alive and well. It is not realistic to be complacent.

The further lessons of the tragedy, though, are at once less obvious and more important.

The first of these is what activists call “intersectionality.” Glenn Miller (as the shooter is known) hated Jews, African-Americans, “foreigners.” He hearkens back to the days in which Jews and blacks, in particular, found common cause against a common enemy.

Lately, we seem to have forgotten this solidarity with other oppressed groups – and have indeed become the oppressors. The “Republican Jewish Coalition,” which just held a ludicrous “primary” in front of its billionaire-king, Sheldon Adelson. High on the agenda: voter suppression, which is essentially the last gasp of white supremacy.

Republicans know that their “base” — white people — is shrinking relative to the overall population. The clock, as John Judis memorably pointed out in 2002, is ticking. Democrats are licking their lips at the prospect of turning Texas blue.

And so Republicans across the country have taken action in the form of totally unjustified barriers to voting, requiring picture IDs, for example, or banning ex-convicts. They say this is to prevent voter fraud, but cannot offer any evidence of voter fraud, because there is none. We all know what this is about: keeping people of color from voting, and thus keeping Republicans in power.

Also on the agenda: blocking immigration reform. Like Miller and other extremists, Republicans fear a non-white America. They have successfully blocked any action on immigration, while “brownwashing” themselves with Latinos like Ted Cruz and Marco Rubio.

What the RJC and its ilk seem to have forgotten is that the Glenn Millers of the world hate us all equally: Jews and blacks and immigrants alike. So why are we turning against our own brothers and sisters? Do we really feel so secure in our position that we can now abandon our former comrades-in-arms against oppression? Can we so swiftly move from being oppressed to being the oppressor?

A second subtle lesson of this tragedy is about the power of conspiracy – and here, both Left and Right are to blame.

It’s notable that, despite his racism, Miller was a fan both of David Duke and Louis Farrakhan. What could a white supremacist possibly have liked about the leader of the Nation of Islam?

Other than base hatred of Jews, what Duke and Farrakhan have in common is their belief in conspiracies. Jewish bankers, Jewish media bosses, Jews controlling government – as usual, conspiracies help the marginalized and disempowered reassure themselves that they are not simply outvoted or disliked, but the victims of a vast, sinister machine. Everyone else is either a dupe or a knave.

This same corrosive way of thinking is found on Right and Left today.

On the Right, we see it in the Tea Party, the Birthers, the Truthers, the Islamophobes, and the astonishing 30% of Republicans who think President Obama is a Muslim. We see it in the hysterical hyperbole about Obamacare (they’re still talking about death panels) and the never-ending brouhaha about Benghazi. Reasonable people can disagree about policy, but thanks to Fox News and the Koch-funded attack ad industry (now on permanent alert), more and more in the mainstream have been corrupted by this dark magical thinking.

Make no mistake, when we depart from evidence and common sense and enter the realm of conspiracies, there is little difference between us and the dank corners of the Internet where cowards like Miller reside.

But conspiratorial thinking is by no means the exclusive provenance of the Right. Since I named RJC specifically above, here, I want to explicitly call out Jewish Voice for Peace for failing, again and again, to meaningfully counter the conspiracy theorists and outright anti-Semites in the BDS camp. Shocking numbers of Muslims and pro-Palestine activists believe that the Israelis caused 9/11, that the Holocaust was not as serious as alleged, and that the Israel Lobby controls (not just influences) the U.S. government.

These and other conspiratorial lies are commonplace on the Far Left. They, too, incite violence. And they, too, must be countered at every opportunity. So, too, must we oppose Far Left nuts like the anti-vaxxers, alleging some vast government conspiracy about vaccination, and those whose critiques of the 1% slide into conspiratorial nonsense about the Federal Reserve.

Finally, there is a positive lesson, sort of, in the Overland Park tragedy. Two of the victims were Methodists, not Jews, at the JCC for a singing competition. There was an immediate outcry from all corners of American civil society. Miller’s beliefs may be from another era, but 2014 is not 1954 – or even 1984, when I heard anti-Semitic insults on a regular basis.

For all the persistent reality of anti-Semitism, we have made progress; we are no longer victims; we are safer, as a people, than we have ever been. We live, work, and play among our gentile friends and neighbors. We are often, still, the Other – but more and more people have learned not to fear otherness, but to embrace diversity as part of the richness of human experience.

There is an alternative to victimhood at one extreme, assimilation on the other: a celebration of our own difference within a multicultural society that celebrates differences of all kinds. There is a natural tendency, after tragedies like this, to harden, toughen, and react out of fear or anger. That, too, is part of being human.

But we rise above those instincts when we see the true enemy: not a person, or a group, but a tendency in all of our hearts toward cruelty, fear, and anger. The Pharoah inside, from which we must struggle to be free.

4 Lessons for Jews From the Overland Park Rampage