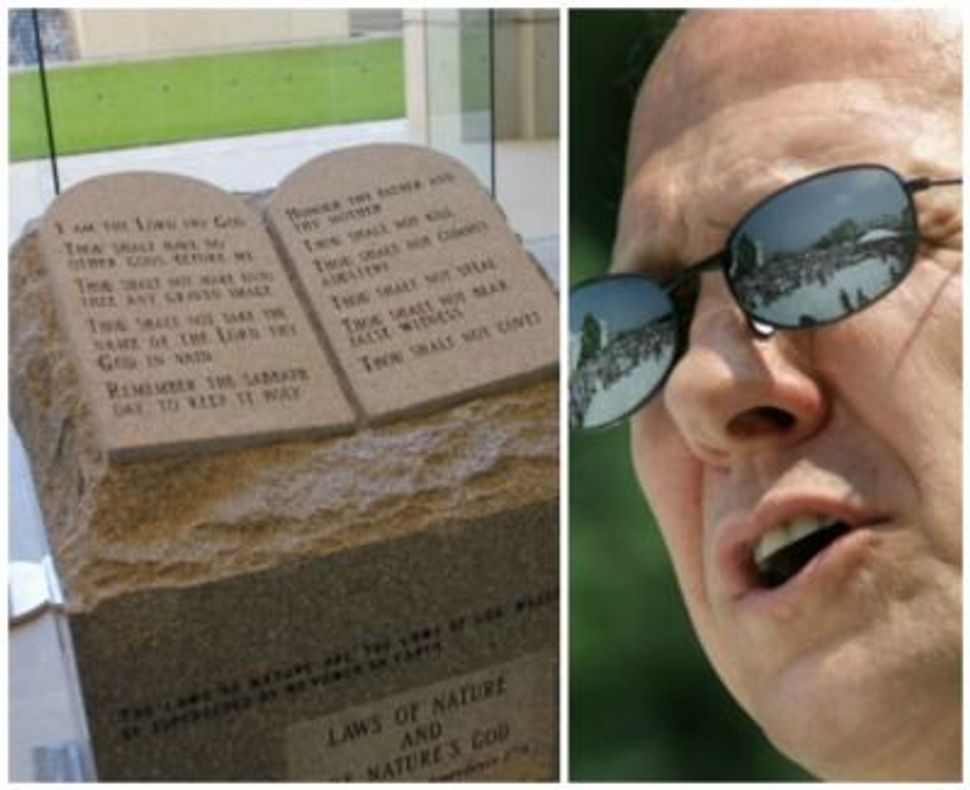 Alabama Chief Justice Roy Moore, known for his defiance of federal church-state separation laws, is under fire for arguing in a speech that the First Amendment only protects religions that worship “the God of the Holy Scriptures,” by which he appeared to mean Christianity.

The amendment’s mention of “religion,” Moore said, was meant to denote “the duty we owe to the Creator and the manner of discharging it,” quoting James Madison. (Ironically, the quote is from a 1785 Madison memorandum in favor of church-state separation.)

Moore’s remark came during a January 17 address to the Pastors for Life Luncheon in Jackson, Mississippi. His appearance gained little attention at the time, beyond local coverage in Jackson that focused mainly on his lengthy attacks on same-sex marriage. On May 2, however, a video of his remarks was posted on the news site RawStory.com.

The report brought an immediate protest from CAIR, the Council on American-Islamic Relations. CAIR called on Alabama’s governor and attorney general to “repudiate” Moore’s statement and “reaffirm the constitutional rights of all that state’s citizens.”

Moore came to national attention in 2003 when, as the state’s chief justice, he defied a federal court order to remove a statue of the Ten Commandments that he had put in the lobby of the Alabama Judicial Building. That led to his removal from office that November by the state’s judicial disciplinary body, the Alabama Court of the Judiciary. He was reelected chief justice in 2012, following two unsuccessful bids for the Republican gubernatorial nomination.

In March 2014 Moore was one of two dissenting justices in a 7-2 state supreme court dismissal of a demand that the state certify the birth certificates of presidential candidates. In it the court threw out a 2012 lawsuit that sought to have the Alabama attorney general certify candidates’ birth certificates before allowing them on the ballot. The suit was originally aimed at having President Obama removed from the ballot of the 2012 election. Moore was one of two justices to argue in favor of hearing the suit.

In April he came under attack from Americans United for Separation of Church and State over a concurring opinion he wrote in an abortion case. In the case the court ruled that women who use chemical substances during pregnancy may be charged with child endangerment. In his concurrence Moore appeared to argue that American law is properly rooted in Christian theology.

Moore appeared May 2 as the principal speaker at the Pierce County Prayer Breakfast in Tacoma, Washington, where he drew cheers and a standing ovation after calling on the nation to “recognize the sovereignty of God.” His appearance was marked by controversy when Tacoma Mayor Marilyn Strickland, who traditionally appears at the breakfast and welcomes the attendees, stayed away along with the entire city council to protest Moore’s outspoken opposition to gay marriage.