Embracing the Irrationality of Circumcision and Kashrut 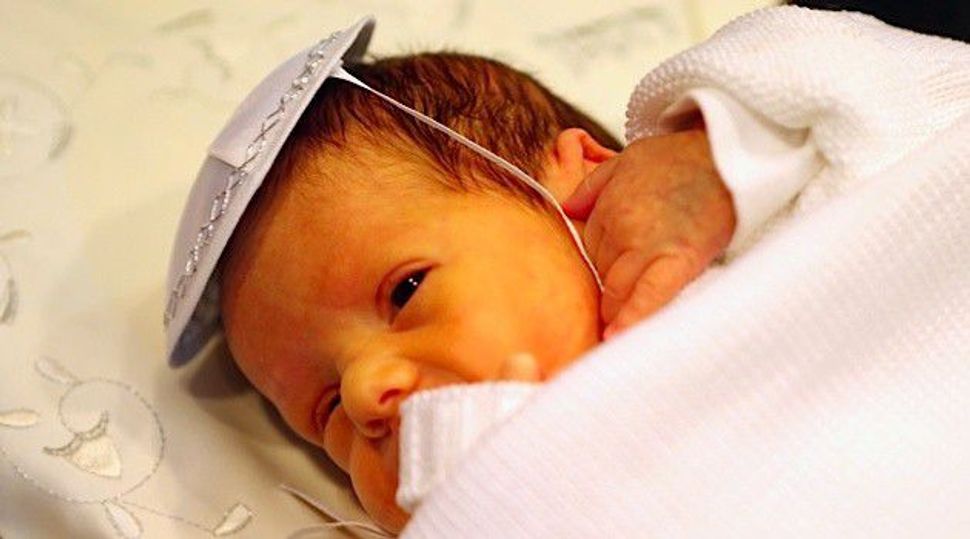 Judaism has long had an uncomfortable relationship with rationality.

On the one hand, our talmudic sages, classically influenced philosophers, and secular scientists and doctors have all taken rational reasoning to great, sometimes dizzying heights. Ours is a tradition of law, education and logic. Yet on the other hand, many aspects of Judaism – like most religions and cultures — are deeply irrational: taboos against foods, bodily fluids and sex; the personality of God; the very nature of Jewish tribalism and belonging. None of these makes any sense — as best shown by the contorted ways rationalists try to explain them.

Recently, two of the oldest, most primitive and least explicable of Jewish rites — circumcision and kashrut, the dietary laws — have come under attack from liberal rationalists. These attacks are serious. They are not mere anti-Semitic bigotry, as some have suggested. And while religious conservatives, who appeal to a “higher authority” than human reason, may easily dismiss them liberals ought to consider them carefully — and respond in kind.

First, circumcision. In Europe there are continued rumblings that portend an outright ban on the practice. The Council of Europe’s parliamentary assembly passed a (non-binding) resolution calling circumcision “a violation of the physical integrity of children.” (A farcically obvious statement when you think about it, but one couched in the language of human rights.) The Netherlands, Norway and Germany have all toyed with circumcision bans, only to discard them in the name of religious freedom.

Closer to home, “intactivists” in California have depicted circumcision as a gross violation of human rights, a form of nonconsensual bodily mutilation that should not be tolerated, even if religiously justified. Liberals have parried these arguments, but we are undermined by a few ultra-Orthodox rabbis who, defying law, hygiene and what most of us consider basic human decency, insist on sucking circumcision blood directly from the infant’s bleeding penis. How can liberals defend that? And yet, how can we critique MBP (metzitzah b’peh — literally, “sucking by mouth”) while defending the practice of circumcision itself?

Like many embattled religionists, some Jews have responded by denying that there’s any problem in the first place. But this is a bad idea. It’s manifestly true that circumcision is nonconsensual and that it does reduce sexual pleasure. Indeed, Jewish sages like Maimonides knew this and praised the rite for doing so. Let’s not pretend that circumcision is just “a little off the top” or somehow not a big deal.

Let’s also not pretend — a la John Kellogg, who popularized circumcision in America — that this is some kind of hygienic practice. Yes, the current data is that circumcision does reduce the risk of transmitting HIV, HPV and other STD-causing agents. But so do proper hygiene and safer-sex practices. At the very least, if all we’re talking about is health, people should decide the matter for themselves. But we’re not talking about health, really, and to pretend otherwise is just false consciousness.

Let’s also not slide into the irrationalism of the far left, which analogizes circumcision to female genital mutilation, a hideous form of castration that is done to older girls without anesthesia, has no beneficial health effects and is not as historically foundational to African cultures as circumcision is to Jewish culture.

Rather than contest the facts, liberal Jews seeking to defend irrational Jewish practices must confront the difficult facts head-on, and then inquire into and communicate the underlying values in play. Circumcision is barbaric, primitive, irrational, bizarre, pleasure-reducing, possibly painful, strange, nonconsensual, patriarchal and essentially permanent. And it is ancient, sacred, profound, familial and foundational to Jewish maleness, Jewish identity and Jewish religious practice. Both-and, not either-or.

This is true both Jewishly and in terms of secular law. Jewishly, let’s not blink at circumcision. If we choose it for our sons, let’s explore how deeply we feel the values on the “pro” side of the equation and how deeply we feel the pull of the “con” side. (Progressive Jews should also be exploring traditional Jewish alternatives, such as forms of circumcision that do not remove the entire foreskin. [See Mishna Shabbat 19])

Secularly, our society allows parents wide latitude in raising their children. They can brainwash them, lie to them, restrict their movements, make health care decisions for them. No, they cannot nonconsensually cut them at will. But if our society allows parents to authorize surgery, medication and bodily alteration of their children for medical reasons — made according to the parents’ judgment — surely it can do the same when that judgment is based on religious, albeit nonrational, reasons.

Now let’s apply the same kind of reasoning to kashrut.

In early May, protests in Berkeley, California, helped cancel Urban Adamah’s planned workshop on kosher slaughter. The situation is rife with irony. More than 23 million chickens are slaughtered each day, yet a handful of animal rights activists with time on their hands saw fit to protest the impending demise of 14 old hens. Moreover, having been part of Adamah and other eco-Jewish communities myself, I know that this conscious approach to animal slaughter is the exact opposite of the sterilized “numbness to pain” that one (Jewish) activist complained about.

More ominously, moves are afoot in Europe to ban kosher slaughter entirely — once again in the name of animal rights.

Here, too, let’s not delude ourselves. Kosher slaughter may once have been the most humane way to kill an animal, but it isn’t now. Especially because of the letter-of-the-law approach taken by most Orthodox rabbis, kosher slaughter is often more painful than nonkosher slaughter: for example, when animals are hoisted upside down to comply with the rule that one animal may not be slaughtered in another’s blood.

Nor is any of this rational. For 200 years, apologists have tried to explain how kashrut is really about health, how pigs carry trichinosis and so on. Poppycock. There is no evidence that the Bible cared about these issues, and there is significant evidence that dietary laws were about maintaining cultic taboos, separating Israelites from others and reflecting the design of Creation. Only the second rationale makes “sense” today, and many of us find it abhorrent. And anyway, the specific methods of slaughter now at issue aren’t even listed in the Bible; they are of rabbinic coinage.

Once again, though, a both-and approach makes sense Jewishly and secularly.

Jewishly, the rational critiques are valid and the nonrational factors are important as well: Jewish belonging, Jewish tradition, obedience to God, obedience to authority, a spiritual connection with food, creating discipline around food, respect for animal life (and eating fewer animals as a result), a gestural nod to the dignity of the animal…. The list goes on, and these factors are important and non-rational and they may even be good.

Secularly, whatever rights animals do or should have, our society currently allows far more violations of them than kashrut entails. We allow hunting for sport. We kill animals for pleasure. We raise them and slaughter them for ornamentation. None of these motivations is as noble or as constitutionally protected as religious values, and all hurt far more animals.

Let’s be truthful about our religious observances: Kashrut and circumcision aren’t harmless, nor are they entirely rational. But neither, at the end of the day, are we.

Embracing the Irrationality of Circumcision and Kashrut