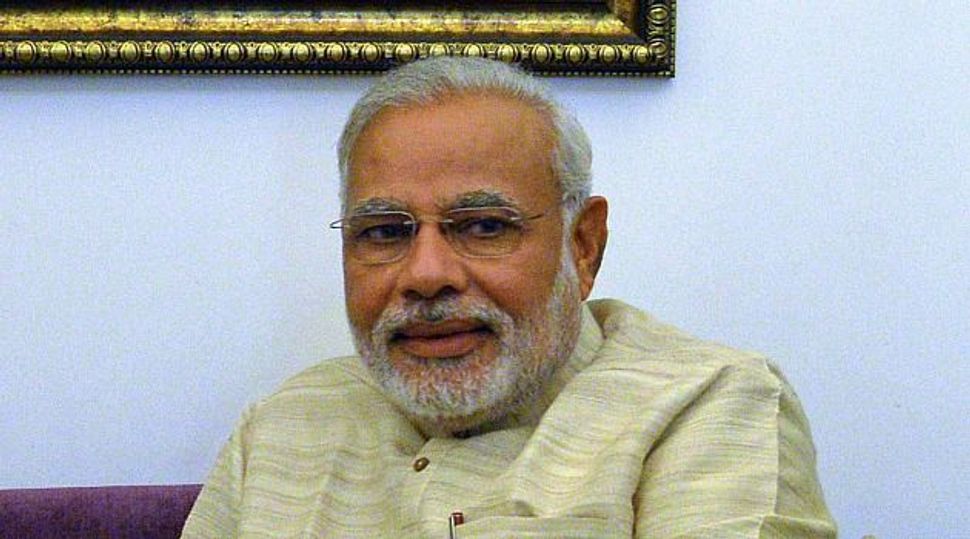 Israeli Prime Minister Benjamin Netanyahu emphasized economic ties on Sunday when he told his cabinet about his Friday phone conversation with the Indian prime minister-elect. The Israeli leader called Modi to congratulate him. Reports in both the Times of Israel and India’s Economic Times quoted Netanyahu telling the cabinet that Modi wants “to deepen and develop economic ties with the state of Israel.” The Times of Israel reported in detail on massive Israeli investment in the economy of India’s Gujarat state in the 13 years since Modi became its chief minister.

But in-depth analyses in two conservative dailies, Israel’s Maariv and the New York-based International Business Times, both describe a deeper reason for the two leaders’ shared enthusiasm: a belief on both sides that they share a common enemy in radical Islamist terrorism.

India’s 1.3 billion population, though roughly 154 times the size of Israel’s 8.2 million, bears a striking demographic similarity. It’s about 80% Hindu. Its 176 million Muslims, the world’s second-largest Muslim community after Indonesia’s, make up about 14.4% of the population. Christians make up just under 3%. Israel is 75% Jewish, 16% Muslim and just under 3% Christian.

British rule in India ended in 1947 with the partition of the country into two states, majority-Hindu India and majority-Muslim Pakistan. The partition was accompanied by massive bloodshed and has left ongoing bitterness.

Modi’s Bharatiya Janata Party is commonly described as Hindu-nationalist, favoring a stronger identification of the Indian state and nation with the majority Hindu religious tradition, from which India gets its name. The party opposes the strictly secularist ideology of founder Mahatma Gandhi’s Congress Party which ruled India for 61 of its 67 years of independence. BJP includes openly anti-Muslim elements, and Modi himself has a checkered past in Hindu-Muslim relations. His Gujarat state was wracked by deadly anti-Muslim rioting that left more than 1,000 dead in 2002, shortly after he became chief minister. His alleged role in the rioting led to his being banned from the United States until recently.

Israel, however, cultivated close ties with Modi and with the national BJP, which was in power in New Delhi at the time, seeing them as important allies. The Forward’s Ami Eden reported in 2003 on a warm reception given at the time to a visiting BJP leader, India’s then-deputy prime minister L.K. Advani, just days after he was charged in India with helping to incite a 1992 anti-Muslim riot. Advani was also under fire at the time from human rights advocates for his close ties to Modi, who was considered a leader of the BJP’s radical anti-Muslim wing.

AJC issued a statement this past Friday, immediately after Modi’s victory was announced, congratulating BJP on its victory and recalling its past ties with Modi.

BJP ruled India for nearly six years between 1998 and 2004, but it lacked a majority and was forced to rule in coalition with moderate regional parties that checked its radical wing on the national stage. In this year’s elections, Modi won an outright majority in parliament and will face fewer limits. Maariv’s analyst Lev Aran, a former staff director of the Knesset’s India-Israel Friendship Caucus, wrote that Modi’s ability to deepen India’s Hindu sectarian identity would be limited by India’s constitution. Still, he wrote,

Modi will find ways to designate India as the homeland of the Hindus. Textbooks will be changed to describe India as their homeland, refugees from Bangladesh will acquire a sort of “law of return,” and Hindu religious ceremonies, with the participation and leadership of Modi and his ministers, will become the norm in India’s public square. To draw a somewhat problematic comparison, Modi will erode India’s sacred secular ethos as a state of all its citizens and move it towards the sort of Zionist ethos currently on the rise in Israel.