Zionism Wasn’t Kidnapped. It Was Handed Over. 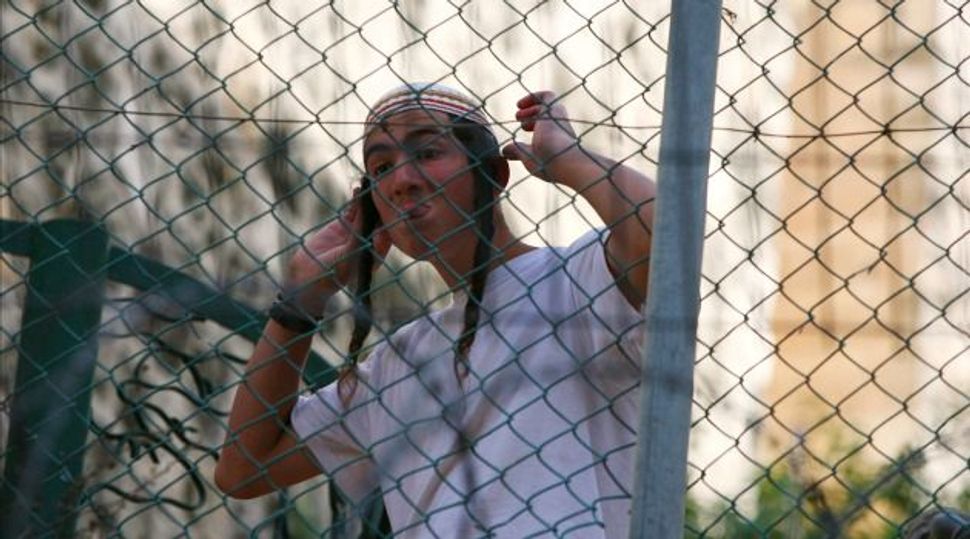 This weekend, renowned Holocaust scholar Shaul Friedlander gave sharp expression to a feeling shared broadly by many Jews, in Israel and the Diaspora. “Zionism has been taken, kidnapped even, by the far right,” Friedlander said in an interview with Haaretz. And all around the world, these Jews shook their heads, and sighed. Yes, they thought, it has been.

I have enormous respect for Prof. Friedlander, but I’m afraid I have to disagree. Zionism wasn’t kidnapped, or even merely “taken,” by the far right. It was handed over, with barely a peep, by the vast middle.

Our Ze’ev Jabotinskys, Geula Cohens, and Meir Kahanes have always had a central role in Jewish nationalist thought, but the 21st century has seen their like rise to new prominence. Centrists, hard-core peaceniks, and leftists have watched grimly as Israel has drifted ever rightward since the second intifada. Every step toward peace seemed doomed from the outset, and Israel’s leadership took care to tell us that there just wasn’t anyone to talk to. More and more settlements were built, but again, Israel’s leadership always kindly clarified that these don’t stand in the way of peace, and really, what’s another road, another red roof?

Wars, incursions, bombings – all are sad, indeed, particularly when innocent Israelis are hurt or killed, but human rights abuses by the military? The IDF is the most moral army in the world, and anyone who says different is probably an anti-Semite. Or, if the source is a Jew, a self-hater. Or, if the source is an Israeli combat soldier, a self-hater and an embarrassment to the nation. Demagogues climbed to the top of Israel’s political ladder, gained government ministries, passed anti-democratic laws, and structured budgets to make Israel’s occupation permanent – and the vast middle has watched, and sighed. And written checks, and sent their kids on Birthright, and floated in the Dead Sea.

Of course, there have always been Jews, in Israel and the Diaspora, who have tried to raise the alarm. In September 1967, the Foreign Ministry’s own legal counsel, Theodor Meron, found that “civilian settlement in the administered territories contravenes the explicit provisions of the Fourth Geneva Convention.” Israeli philosopher and moral giant Yeshayahu Leibowitz warned in 1968 that “a state ruling over a hostile population of one million people will necessarily become a [security] state, with all that this implies for education, freedom of speech and thought and democracy.” In 1973, American Jewish leader Rabbi Arnold Jacob Wolf called on Israel to hold talks with the PLO and pursue a two-state peace. They were ignored, shouted down, or shut out.

The intervening years have seen Jews like Amos Oz, Naomi Chazan, Shulamit Aloni, Amira Hass, Gideon Levy, Peter Beinart, Sara Benninga, Uri Savir, Avraham Burg, Jeff Halper, Yossi Beilin, and six former chiefs of Israel’s own secret service agency, as well as organizations like Peace Now, Yesh Gvul, Gush Shalom, Women in Black, Breaking the Silence, Ta’ayush, Combatants for Peace, the Israeli-Palestinian Bereaved Families Forum, the New Israel Fund, Brit Tzedek v’Shalom, and J Street – along with all their supporters and dues payers and fellow travelers – all telling anyone who would listen that Israel was headed for disaster, that only a just and durable peace could save Israel from itself, that an ugly, angry, rejectionist ultra-nationalism was on the rise, and only we could stop it.

But mostly, we chose not to listen.

Rather than use our vaunted Jewish intelligence to question the very idea that any occupation could ever be enlightened; rather than mine the free press that flourishes in our democracies to seek the truth; rather than look the Palestinian people in the eye and see their pain – we have chosen to listen to those who make us feel good about ourselves. We turn the page when Hass or Beinart appear. We close our minds and our social halls to Breaking the Silence and J Street. We march in Israel Day parades and send emails about BDS and sing Hatikva.

And today Israel and the Zionist dream of a democratic, Jewish homeland hang by a thread. We are inches from a one-state “solution” predicated on the permanent, illegal, unjust and immoral subjugation of millions of people, one that will be soaked in blood (who knows better than Jews that the subjugated tend to rise up?), and leave in tatters the Jewish values we claim to hold so dear.

It’s profoundly easy, and deeply comforting, to think that Israeli politicians like Uri Ariel and Ayelet Shaked and American leaders like Sheldon Adelson and Mort Klein are the problem. That they have taken our dreams and roughed them up, and oy, what can we do?

But the simple truth is that these people – just like the settlers who set mosques alight and the soldiers who kick little boys – are doing what we have let them do.

That’s what silence does. That’s what willed and willfully instilled ignorance does. Those who don’t stand up against that which is wrong are partners in the outcome.

The right didn’t have to kidnap anything. The silent middle handed it over, with a nice shiny bow.

Zionism Wasn’t Kidnapped. It Was Handed Over.