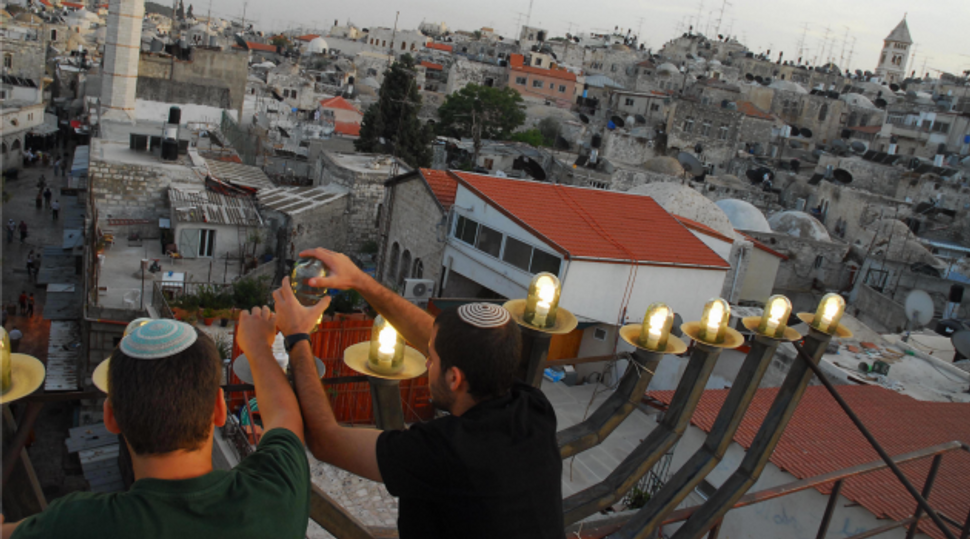 There’s a received wisdom that in Israel, everyone is polarizing, and that with a right-wing government and stalled peace process, Arab citizens are feeling increasingly antagonistic towards the state. But a new survey suggests that this isn’t the case.

There has been a rise in the percentage of Arabs who recognize Israel’s right to exist as a Jewish state. In 2012, 47% of Arab citizens accepted this, but in 2013 — the figure just released — this rose to 53%.

Personal identity is also becoming more Israeli. In 2012, only a third of Arab citizens of Israel saw themselves as more Israeli-Arab than Palestinian. In 2013, 43% of respondents favored their Israeli-Arab identity.

Despite being better disposed towards Israel’s identity and personal identity, Israeli-Arabs still have significant grievances, the survey showed.

The statistics were compiled by the nonpartisan Israel Democracy Institute and overseen by the prominent Haifa University sociologist Sammy Smooha.

It’s surprising that Israeli-Arabs have become more open to Israel’s right to exist as a Jewish state during exactly the time period that the Palestinian leadership has become more entrenched in its opposition to recognizing it.

Palestinian President Mahmoud Abbas was insistent during the U.S.-chaired peace process that Ramallah would not give this recognition — a position that Jerusalem claims contributed towards the failure of talks.

So why did Israeli Arabs become more open to the idea at precisely the time when the Palestinians were becoming more opposed?

One possibility is that it is just part of a long-running process of Israelization of Arab citizens. Another is that the attention surrounding the Jewish recognition caused them to look around and decide that Israel’s Jewishness is less bothersome than Ramallah believes. A third possibility is that they have been influenced by the government, actually softening on the Jewish recognition issue as a result of Prime Minister Benjamin Netanyahu’s insistence that it is necessary for peace. Arabs may not love Bibi, but it’s hard not to hear him.