Diaspora to Israel: We Need You To Change 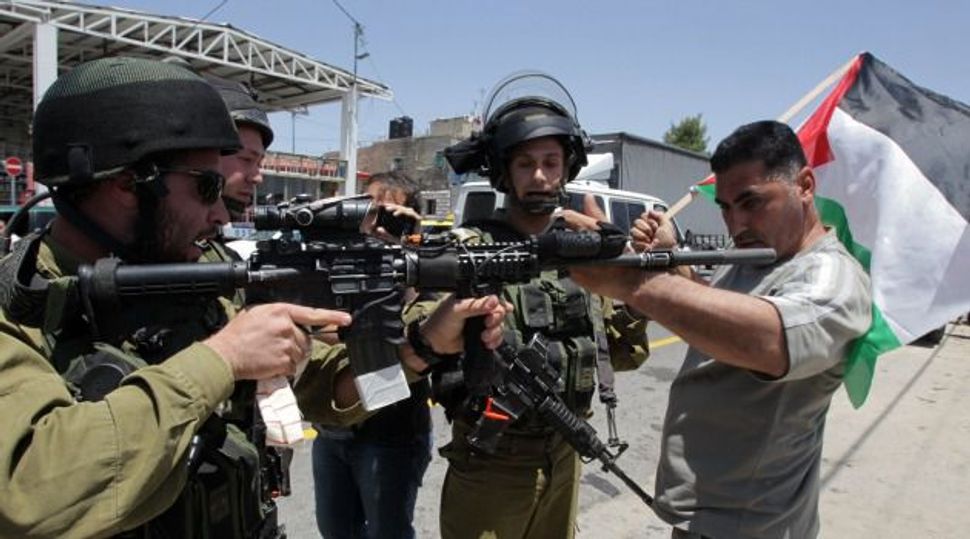 Is This Who We Are? Two blue-ribbon reports acknowledge that Israel’s actions impact world Jewry as never before. But it’s far from clear that anyone plans to do anything about it. Image by getty images

Just a few hundred yards separate the Israeli Prime Minister’s Office and cabinet room from the Jerusalem headquarters of the Jewish People Policy Institute, the clumsily-named think tank set up in 2002 by the quasi-governmental Jewish Agency for Israel. Judging by a pair of recent blue-ribbon reports from the two offices on Israel’s relationship with the Jewish Diaspora, they might as well be on different planets.

The cabinet voted June 1 to approve a $53 million allocation as the government’s one-third share in a planned $160 million partnership with Jewish organizations around the world, aimed at bolstering the attachment of young Jews to Judaism and Israel. The plan goes by the catchy name of the Government of Israel-World Jewry Joint Initiative.

Diaspora affairs minister Naftali Bennett, the government’s point man on the initiative, has been describing it as a revolution in Israeli thinking: the first time Israeli officialdom has viewed the Diaspora as something beyond a source of cash, political support and immigrants. This is not a small thing.

The plan is to invest in teacher training, unspecified “content” and various “transformative immersive experiences” and “interlinked Jewish ecosystems,” which apparently is new-speak for summer camps and teen travel. By year four they expect to spend $230 million per year, coming in equal thirds from Israeli taxpayers, Jewish organizations and individual philanthropists. This will “enable Jewish youth and young adults to author their life trajectories as active participants in Jewish life with a strong engagement with Israel,” the plan declares.

Twelve days earlier, on May 21, the Jewish People Policy Institute released the results of a six-month, six-continent study of what Diaspora Jews would actually like to hear from Israel. Not a word there about “ecosystems” or “immersive” anythings. Instead it focuses on values like democracy and pluralism. Those words never appear in the Joint Initiative document.

Let’s stipulate that comparing the two documents is unfair in a certain sense. But only in a sense. The Joint Initiative discusses how to get Israel’s message across. The JPPI report explores what the message might be.

The JPPI report has two other limitations worth noting. First, the institute was asking a very specific question: What should it mean for Israel to be, as it calls itself, a “Jewish and democratic state”? This wasn’t a free-floating discussion of possible themes in Jewish education. It was a leading question.

The second limitation: JPPI consulted a very select group of Jews. It convened dozens of day-long seminars around the world, involving Jewish organizational leaders, scholars and public figures, several hundred people in all. The 81-page report summarizes their views. This is the Jewish establishment speaking, not the grass roots.

And yet, that limitation only makes the report’s challenge all the more striking. After consulting hundreds of people — heavily weighted toward advocates for Israel’s cause — the institute found repeated emphasis on three fraught themes. One was near-unanimous objection to Orthodox domination of Israeli religious life and the lack of Jewish religious pluralism. Participants felt the Jewish state excludes them personally as Jews. A second was concern over democratic treatment of minorities. The report notes a tendency among Diaspora Jews to “conflate” Jewish and democratic values, so a shortcoming in one becomes a deficiency in the other.

The third theme, perhaps most alarming, was fear that Israel isn’t sufficiently alert to the damage its behavior does to its standing in the world — and, consequently, to Jews’ own standing and security in the countries where they live.

If this is what Israel’s strongest advocates are thinking, what can the mood be among ordinary folk who only know what they read in the papers?

Here’s a particularly striking passage: “One of the world Jewish community’s strongest messages in this report: If Israel wants to be ‘Jewish and democratic’ in a way that speaks to non-Israeli Jews, it needs to ﬁrst modify its understanding of what being ‘Jewish’ means to many millions of Jews today — and ﬁnd a way to be more inclusive of them.”

Here’s another: A “chief ﬁnding of our report is that a majority of Diaspora Jews expects Israel to uncompromisingly deploy Jewish and universal humanitarian values with respect to the rights of its minority citizens.”

One entire chapter (out of eight) discusses “The Impact [of] Israel’s Decisions on World Jewry.” It cites “clear evidence that periods of tension between Israel and its neighbors raise the frequency and severity of harassment attacks on Jews in locations around the world.”

Moreover: “When Israel is seen by other nations — as it is by some today — as a country that endangers the world, Jews around the world, whether they want to be associated with Israel or not, bear some of the consequences.”

It’s important to note that the principal author of the report, journalist and JPPI fellow Shmuel Rosner, is a moderate political conservative. It can’t have been easy for him to write these things. The findings must have been extremely strong for his draft to speak so unequivocally.

Unfortunately, the report’s impact is diluted by its executive summary. It focuses heavily on Jewish pluralism and the philosophical interplay of Judaism and democracy. These occupy three of the eight chapters. As a result, the sharpness of the policy challenge is largely lost. That seems to have influenced much of the press coverage. Government policymakers — to whom the seminar participants thought they were addressing their comments — probably never heard the heart of the argument.

It might have fallen on deaf ears anyway. The Diaspora affairs ministry is headed by Bennett and his Jewish Home party. Pluralism? They’re umbilically tied to the Orthodox chief rabbinate.

Democracy and minority rights? They’re among the main sponsors of the wave of anti-democratic legislation that has the Diaspora leaders so alarmed.

Israel’s image in the world? They’re the settler party. Fuggedabout it.

Diaspora to Israel: We Need You To Change