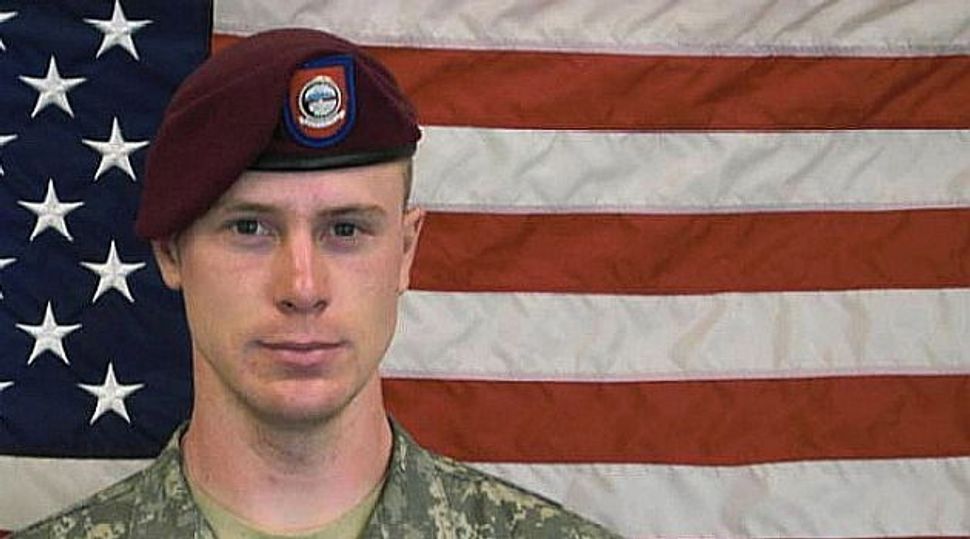 ‘Was He Worth It?” blared the cover of Time magazine, as if that should be the question Americans ask in light of the release of Bowe Bergdahl after five years of brutal captivity by the Taliban.

No, the question we should be asking is a version of the one Pope Francis made famous in a different context: “Who Are We To Judge?”

Who are we, in the safety of our civilian homes, to judge whether an American soldier captured overseas is worthy of rescue? Who are we to decide whether, somehow, the fact that he was imprisoned for so many years was his fault?

The American public’s reaction to the Bergdahl swap is both stunning and dismaying. Yes, the White House could have handled this more deftly, should have informed those members of Congress who see it as their right to know such things, should have anticipated questions about the constitutionality of releasing prisoners from detention in Guantanamo Bay, and after all these years of ruthless Republican attacks, should have done more to try to minimize the potential damage in advance.

But we’re talking optics here, and courtesies, which are important but not fundamental. What’s fundamental should be the rock-solid belief that American soldiers are to be rescued without judgment, that they should be brought home and dealt with on our soil, not the enemy’s, whatever the circumstances. We redeem our captives.

That’s what Israel does. The contrast between the Israeli public’s reaction to even more lopsided deals with terrorists and what’s occurred here says a lot about who we are and what is missing in our collective sense of self.

This is, in part, because Israel has a military in which most of its citizens participate. America does not.

The obvious comparison with Bergdahl is Gilad Shalit, the Israel Defense Forces soldier also held for five years by a terrorist organization, whose release in 2011 in exchange for more than 1,000 really bad guys set off waves of anguished debate in Israel. The debate, however, was about the deal. It wasn’t about whether the State of Israel should redeem Shalit. And even as the debate raged in the political sphere, 78% of the public supported Shalit’s freedom in varying degrees, whereas a plurality of Americans told one poll that the prisoner exchange for Bergdahl was the wrong thing to do. Period.

Why? As the Forward said in an editorial at the time, Shalit was “everyone’s son.” Nearly everyone in Israel participates in the military, and so nearly every mother and father could identify with Shalit’s long-suffering, loudly determined parents.

Yes, Shalit was defending his homeland while Bergdahl was fighting in a faraway land for a confusing, ill-defined reason. But it’s very possible that if we had compulsory military and community service, if every member of Congress and every leader in the White House with an 18-year-old could potentially see his or her child off to war, we’d be in a lot fewer confusing, ill-defined military campaigns.

And we would have a vehicle to forge national identity, which we desperately need in our increasingly atomized, narcissistic American culture. Mark Silk, a professor of religion at Trinity College, in a blog post for Religion News Service, noted the long, ignoble tradition in this country of designating certain people or groups “un-American” — immigrants in the 19th century, leftists in the 20th century, Muslims in our century. Now even Bowe Bergdahl, home-schooled in Idaho, as all-American as one can get — or so we thought — is considered not American enough to be rescued.

As the conservative commentator Ann Coulter had the nerve to ask: “Why are we doing anything to get this guy back? He’s ashamed to be an American.” As Silk explained, “The metaphysics of Americanism say that we get back our own only when they deserve it. If they don’t deserve it, they’re not our own.”

But those who voluntarily don American military uniforms are our own. They should not be judged, nor should they be abandoned.