Why I’m a Liberal — and I Hate the Nanny State 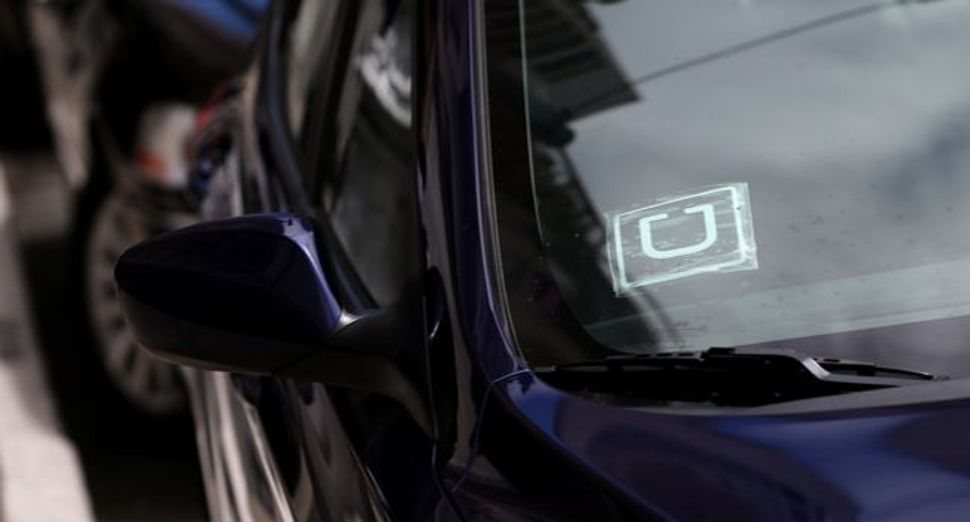 Threat?: The car sharing app, Uber, is posing a challenge to the big taxi companies — but is that a reason to regulate them? Image by Getty Images

A few months ago I decided to research my genetic history. My partner and I were considering having children, and anyway, I was curious. So I signed up for 23andMe, which offers genetic testing by mail. All I had to do was spit into a vial, and a few weeks later I learned that I am as Ashkenazi Jewish as they come: a 99% purebred.

What I didn’t learn, because of a recent FDA crackdown on 23andMe, was whether I was a carrier for genetic diseases. Although determining this information is a relatively simple process, the Food and Drug Administration — heavily lobbied, as always, by the health-care industry — had decided that determination of this required a special medical license. Not because of the procedure, but, per the FDA, because I was not enough of an adult to learn about my own genetic makeup without the hand-holding of an expert.

So instead, I ventured into the wilds of the Bronx, where the excellent staff of the Montefiore Medical Center, working as part of Einstein’s Program for Jewish Genetic Health, gave me the test, plus counseling, plus a lot of high-quality attention.

The Montefiore/Einstein staff was, indeed, professional and capable. But the test did require several hours of travel, and would have cost hundreds of dollars had my insurance not covered it. It was, in my opinion, a needless expenditure of time and resources, given that the same information could be obtained by spit and mail.

This is life in what libertarians call the “nanny state,” in which American citizens are routinely denied the liberty to make their own decisions about their own lives. And while critics of the nanny state are usually conservative, liberals better wake up if they want to preserve (or pursue) a progressive agenda.

The trouble with our polarized discourse on government paternalism is that each side gets it half right. Conservatives don’t like any regulation at all, and liberals want to regulate everything. The result is often a “split the baby” solution somewhere in the middle, negotiated by lobbyists and legislatures.

But half right is all wrong. Some things should be heavily regulated: guns, consumer products, pollutants. Other things should not be regulated at all: drugs that do not harm others, residential rent for those above the poverty line, renting out your apartment on Airbnb. The answer isn’t “some regulation for everything,” but a clearer understanding of when a protector-state is necessary — and when it isn’t.

The answer should be simple: When one person can harm another, the state should intervene. That is true for mentally ill 22-year-olds with vendettas against women, and it is true for multinational food manufacturers replacing beef with “pink slime.” Both recent events, if you recall.

But when there is no harm to another, there should be no foul. Regulation is not simply social engineering; it is, as libertarians endlessly remind us, social engineering with the force of law. Disobey the law, and you go to jail. Law is law because of its power to deprive people of their liberty. And for that reason, it should be used as sparingly as possible.

Moreover, we all know that the deck is stacked. The company Uber, for example, is swiftly revolutionizing the taxi industry by linking people who need rides to people willing to drive them. No more waiting for a taxi that never comes, or a car service that doesn’t answer the phone. No more despair during shift-change hours. Uber is a mechayeh — sometimes literally, like the time we called one to take my mother home from the hospital.

Of course, the taxi companies don’t like being rendered obsolete, and with the Taxi & Limousine Commission in their pocket, they’ve fought Uber every step of the way. Mayor Bill de Blasio, the supposed outer-borough populist, even announced that he’s scaling back New York City’s “Green Cab” program meant to provide more taxis outside of Manhattan — an obvious, cynical and hypocritical sell-out to the taxi drivers and taxi companies.

Same with 23andMe. The FDA’s enforcement letter against the company warns that false-positive or false-negative results could have disastrous consequences. True. But that could be cured with a simple warning label. This isn’t consumer protection; it’s industry protection.

And same with Airbnb. Sure, there are horror stories of apartments being rented out for sex parties, or being substandard housing. But each one of these has been handled by Airbnb (often at significant cost) without the need for government intervention. And there are smoking guns all over the place: The hotel industry has said, flat out, that it’s going to fight Airbnb to the death. Apparently no one should be able to sleep in New York for less than $300 a night.

Progressives ignore such stories at their peril. People are getting fed up with the nanny state, and they’re expressing that frustration at the polls. The trouble is, because they’re voting for anti-government extremists (i.e., the present mainstream of the Republican Party), they threaten to throw out the good with the bad: environmental regulations, the Affordable Care Act, gun control. The Republican mainstream hates all these, and would return us to the days of robber-baron capitalism and the Gilded Age of inequality, only this time with toxic waste and M-16s.

Together with the surveillance state, which now tracks every click of the mouse, the nanny state is a nightmare that liberals could do something about — if we’re willing to defy our own orthodoxy. Liberty is not just for libertarians. These encroachments upon our personal autonomy should make all of us mad as hell. And more and more people are not going to take it anymore.

Why I’m a Liberal — and I Hate the Nanny State