I Survived a Genocide That Could’ve Been Avoided 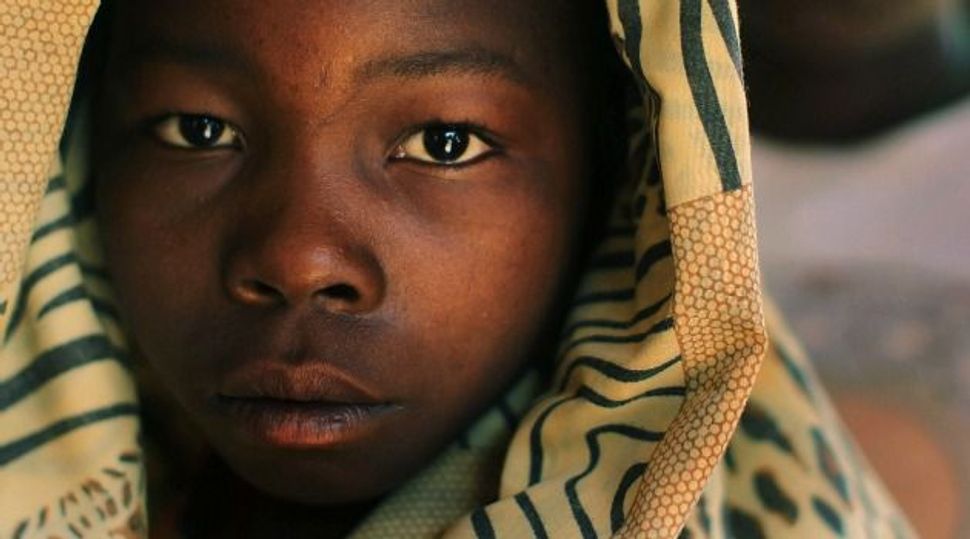 The Forward’s Nathan Guttman recently reported that researchers may soon be able to predict where the world’s next genocide will take place. These number crunchers already have a good track record: apparently, their methodologies accurately predicted the recent genocide in South Sudan.

As someone who experienced this genocide firsthand, I was struck by the report.

If someone had asked me a year ago whether I was anticipating the December 2013 outbreak of violence in Juba, the capital of South Sudan, my answer would have been yes. But despite doubts over the country’s security arrangements and pace of development, I did not think this would happen so soon after independence. I was on holiday in Uganda when disagreements within the Sudan People’s Liberation Movement (SPLM) national convention sparked off violence in Juba, which later spread to other parts of the country.

At first I didn’t panic, because South Sudan is not new to conflict. But the more I watched news reports on the death toll and spoke to my family back in Juba, the more unsettled I became. Things became even more worrying when foreign missions started evacuating their staff from the country. Hundreds of people fled their homes to designated Internally Displaced Persons camps, while others left for refugee camps in Kenya, Uganda and Ethiopia.

My family declined to leave the country. They were tired of living in exile — and so was I. Being away from home and depending on phone calls or media stories for information was really upsetting for me. I was left with one option — to get back to Juba and see how this would all turn out.

It wasn’t until I returned to Juba that I saw the full extent of the war. I saw visibly frightened families carrying light luggage as they headed to the U.N. compound for safety, while those who could afford it hired cars or booked flights to take them out of the country. Despite what was going on around me, I was happy to be reunited with my family. But each time we heard gunshots and speculation over the capture of Juba by rebel forces, we became very restless and huddled under my nephew’s bed. My sister and I decided to contact old friends at the U.N. Mission in South Sudan to book us a place in case insecurity heightened around our area. We packed the passports, few clothes and medical supplies that we would need to start our new life once we got there.

Whenever there were gunshots, all connections failed. With intermittent mobile and Internet access, it was tough keeping in touch with friends and colleagues who were growing uncomfortable with my silence. Besides that, I was also not keen on keeping them posted on how grim the situation was. My friends were worried about what might have happened to me. I got hundreds of emails, Facebook messages and texts from so many people. It was touching to know that they cared about our safety and whereabouts.

A few days after I got used to the situation around me, I started to call up friends to find out how they were doing. All of them were fine — except for two of my oldest and dearest colleagues. That was when it dawned on me that despite the fact that my family was safe in Juba, many families — especially from Unity, Jonglei and Upper Nile states — were mourning the loss of their loved ones.

Could the government, donors, civil society, church and other stakeholders in South Sudan have seen this coming all on their own? I think so. There were visible indicators of fast-spreading discontent among citizens throughout the country on issues related to governance and service delivery, among others. But a genocide is never quite planned, as Guttman rightly states — often, “years of tension peak abruptly in mass waves of slaughter” — and that can make its specific onset hard to foresee.

Yet if these events can be rightly predicted by outside researchers and this information widely shared among local stakeholders, maybe they can be reversed before it’s too late. I think it would be very helpful for policymakers, opinion leaders and other stakeholders to have this information beforehand, since it would help them design strategies and also prepare funds to address the root causes of the conflicts.

After all, even if you have a prediction in hand, you still have to figure out how to deal with it. For that task, I draw my lessons from PACT — an NGO implementing peace-building, access to justice and governance programs in South Sudan — which I worked with for over five years. In order to preempt clashes in more prone areas, we quickly set up early warning systems for these communities. This helped them address the root causes of their conflicts before they turned violent — a successful approach, in most cases. Another approach involved helping communities come up with local solutions to local problems, adopting a bottom-up attitude to resolving conflict. The answers are not with the leaders but with people at the grassroots level, who are the most likely victims and survivors when a genocide occurs.

If this model of conflict prevention can be adopted, and if — as the researchers predict — Burma now has the highest probability of an upcoming genocide, we must ask ourselves: What are we doing to stop violence from erupting in that country?

I Survived a Genocide That Could’ve Been Avoided