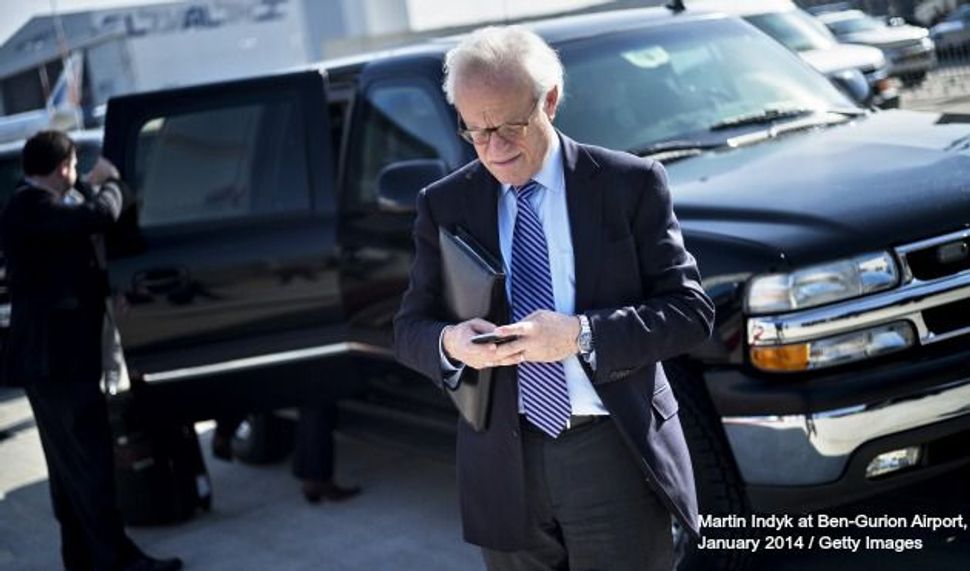 It’s probably just coincidence that the news comes the morning after Washington throws a farewell party to end all farewell parties for visiting Israeli President Shimon Peres, who’s due to retire in a month.

Back home in Israel, meanwhile, the nastiest Middle East conflict was the one between hawks and doves inside the Netanyahu government. Over the last two days they’ve been furiously calling each other names and demanding each others’ resignation.

It all started on Wednesday, when Israel’s president-elect Reuven Rivlin praised Palestinian Authority chief Mahmoud Abbas in a speech for his fierce condemnation the kidnapping of three Israeli teenagers, delivered June 18 in a highly publicized speech in Saudi Arabia to the Organization of Islamic Cooperation. Rivlin went on to say that he’s prepared to meet with Abbas, as he’s done in the past.

Abbas, visiting Moscow yesterday, said that he’s ready to return to the negotiating table for another nine months under certain conditions: that Israel complete the stalled fourth round of prisoner releases agreed to last year as part of the deal for the last round of talks, and that the first three months be devoted to discussing the borders of the new Palestinian state. No formal reply yet from Israel.

Mitzna, a retired major general and former head of the Labor Party, told Israel radio Thursday afternoon that — “if you subtract the terrorism” — Bennett’s Jewish Home party is “working toward the same goals as Hamas,” namely a single state from the Jordan River to the Mediterranean. He said that Bennett’s party, like Hamas, was unwilling to meet a Quartet condition for legitimacy, namely recognizing previous signed agreements between Israel and the Palestine Liberation Organization, and called on Prime Minister Netanyahu to demand that Jewish Home meet the conditions or be removed from the cabinet.

That drew a chorus of attacks on Mitzna from Bennett’s party colleagues, several of whom called on Mitzna to leave the government, as well as a tart rebuke from the Prime Minister’s Office.