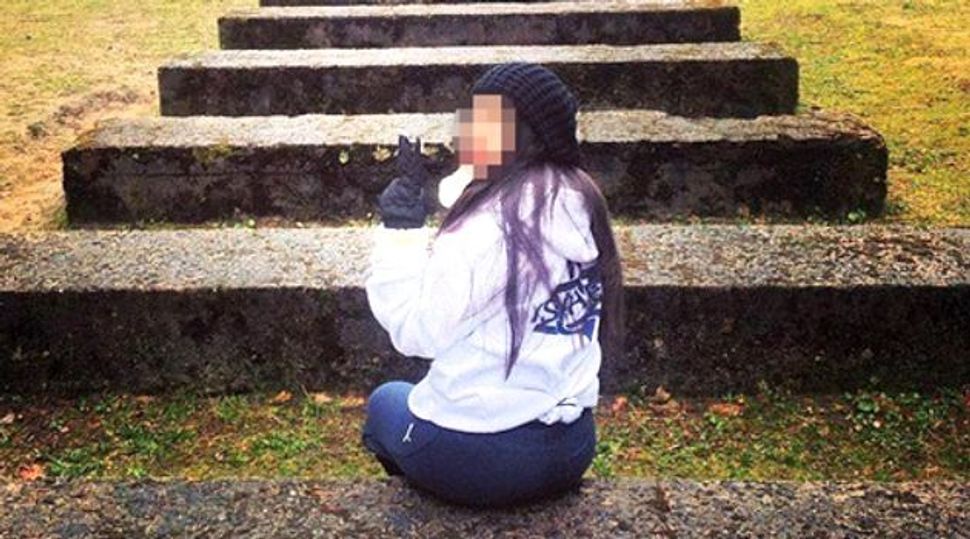 Teenagers, selfies, and the Holocaust — you’d be hard-pressed to find anyone over the age of 30 who doesn’t have some thoughts on all three. Last week, though, the world was granted the chance to think about all three at the same time.

It was reported in various places that some Jewish teenagers, while in the course of visiting Nazi death camps, have taken the opportunity to take some selfies.

How many teenagers? Some. What kind of selfies? Varied. What does it mean? No one really knows.

Yet “some, varied, and no one really knows” were good enough reasons for many a furrowed brow and a clucked tongue, because if there is anything we do know as a society, it’s that the Holocaust is serious business, selfies are a sign of dangerous self-involvement, and teenagers will be the end of us all. Not necessarily in that order.

My fellow old Jews will have to forgive me, however, if I refuse to hop on the worry wagon.

I will agree that mugging for the camera on the site(s) of our people’s mass slaughter is distasteful. I will even go so far as to say that if my own kids were to indulge, I would ask them (by way of what would probably be a really long-winded lecture) that they cut that out. Respect, decorum, more sense than God gave a goose — these are all things I hope to instill in my children.

And yet: Neither you, nor I, nor anyone else gets to define for other people how they react to horror, or history, or (for that matter) youth. Laughing at funerals, cracking macabre jokes and simply making some ill-considered choices are all hallmarks of humanity. Everybody gets to be a human in the only way they can, and today’s teenagers are figuring that out with a camera phone in hand — and no, you really shouldn’t throw a fit about that either. Placing ourselves at the heart of our own story is also a pretty human thing, and every generation finds its own way to do that.

The kids in these pictures are not decision makers, opinion shapers, or even well known (indeed, they wouldn’t be “known” at all, if someone hadn’t decided to try to shame them publicly). If Bar Rafaeli or, I don’t know, Eric Cantor should suddenly decide to make duck face outside the ovens, my opinion might be a little different. I would also see things differently if a gaggle of young Jews decided to goof off in front of a memorial to another people’s genocide.

But bottom line, here’s what I see when I see teenagers being silly outside the gates of Auschwitz: Hitler’s defeat.

They are alive. They are laughing, full of joy, and making choices that they may later regret — in the course of a long life, filled with (I can only hope) more joy, and a lot more laughter. They are alive.

The Jewish people has real problems, and, I would argue, some of them are pretty big — including a number of genuinely powerful people who have built entire political careers on failing to recognize genuine anti-Semitism and/or desecrating the memories of the six million.

A handful of selfies — no matter how ill-advised — are not among those problems. The kids are, in a word, alright.