Three Jews and a Palestinian — All Just Boys 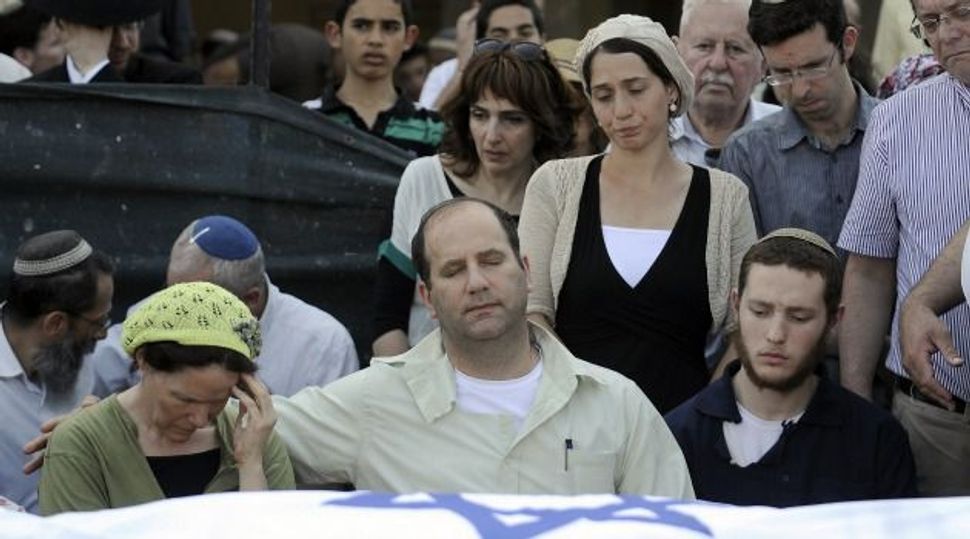 One reason that the fate of the three kidnapped Israeli boys gripped our attention and stirred our concern is that they were immediately identifiable. Gilad, Naftali, Eyal. Names and faces, goofy grins, youthful exuberance, captured in grainy photos that quickly became ubiquitious on buttons, t-shirts, posters, billboards, Facebook posts, Twitter feeds. We didn’t know them but we did. Our boys.

He was also 16, like Naftali and Gilad, when he was reportedly bundled into a car in an Arab suburb of Jerusalem and shortly later found dead. If this was, indeed, a revenge attack, Mohammed will undoubtedly become to his people what “our boys” have been to Israelis and supportive Jews: a specific vessel through which we channel our fears and anger, our intuitive need to identify and connect.

But we should not elevate these victims beyond reason. “As we mourn, let’s resist the temptation to use these three kids to grind our ideological axes,” Rabbi Shai Held wrote on Facebook before Mohammed’s death. “If all we are doing today is deploying these three murdered people to make the same point we’d have made yesterday, only louder and with greater shrillness, then we are not mourning but using them. And that is, to put it bluntly, a desecration of their memory.”

Sadly, Held’s wise words are not universally heeded. Instead, too often we are hearing venomous calls for revenge, impulsive demands for action that are propelled by base emotion and not thoughtful consideration. No, all Palestinians do not wish to be murderers. No, theirs is not innately a culture of violence. And neither are all Israelis racist, colonial occupiers. When the individual is called to stand in for everyone, when stereotype becomes synonymous with the larger society, hatred breeds easily.

We bemoan this behavior in others, but too often do it ourselves.

So if we were to extrapolate that the murder of Gilad, Naftali and Eyal represented an uptick in violent attitudes amongst Palestinians specifically and Muslims in general, we’d miss the broader, more significant trends in the region. That is, support for extremism in the Muslim world is slipping sharply. A survey released on July 1 from the Pew Research Center’s Global Attitudes Project further documents that Hezbollah is roundly disliked in the Middle East, Hamas gets negative ratings even from most Palestinians, and strong majorities in all the 14 countries Pew surveyed have an unfavorable view of Al Qaeda.

The motivation to personalize victims like Gilad, Naftali and Eyal comes from a good place: a flat rejection of the way individuality was erased and replaced by cold numbers in the Holocaust, a tattoo instead of a name. But this search for humanity cannot become an excuse to hate or mistrust an entire people. The three Jews, and the Palestinian, were just boys. That’s how they should be remembered.

Three Jews and a Palestinian — All Just Boys