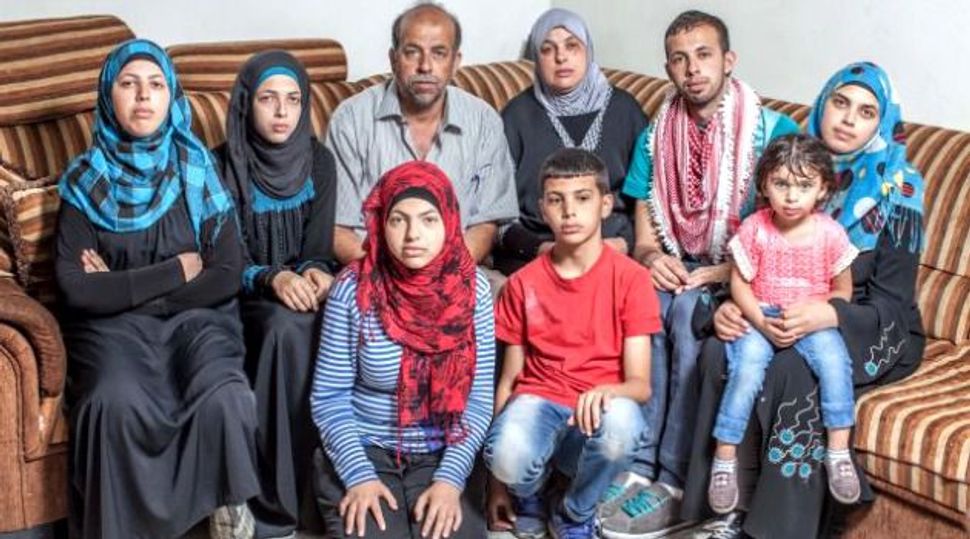 On July 1, Israeli Prime Minister Netanyahu eulogized the three Israeli yeshiva students murdered in the West Bank. “A deep and wide moral abyss separates us from our enemies,” he said. “They sanctify death while we sanctify life…”

When 16-year-old Mohammed Abu Khdeir was kidnapped and murdered in East Jerusalem a few days later, Netanyahu’s words — and words like them — framed the story. Indeed, an unbiased consumer of media reports about Abu Khdeir’s killing would likely conclude that while the perpetrators turned out to be Jewish Israelis, they might just as likely, or more likely, have been Palestinians.

What else could explain why, from Day 1, almost every report on the murder treated seriously the possibility that it was part of an intra-Palestinian “blood feud” or an anti-gay “honor killing”? Any fair-minded consumer of news would naturally assume that deaths owing to these two causes are common among Palestinians in East Jerusalem. Why else, in an atmosphere of raging anti-Arab hate and calls for revenge, would they be given such credence? Why else would Israeli authorities and alleged experts voice such damning speculations, and credible news media faithfully report them?

Others have written about the “pinkwashing” of Abu Khdeir’s murder; about the climate of incitement that preceded it; about the violence that followed it, including the brutal beating of Abu Khdeir’s cousin. But nobody has noted a simple fact: neither the “blood feud” nor the “honor killing” theory ever made sense — and their manufacture and dissemination constituted a blood libel against all Palestinians.

What about the anti-gay “honor killing” scenario? Check the Palestinian gay rights websites (also here). Read about “honor killings” in the media; in the annual report by the State Department; in reports of organizations devoted to human rights, women’s rights, or to bashing Muslims in general or Palestinians in particular. What you’ll find is that being a gay Palestinian isn’t easy, and that, horrifyingly, the killing of women and girls under the pretext of “honor” remains a serious issue all over the world, including in Palestine. What you won’t find is a single incident of an “honor killing” of a Palestinian man or boy for being gay, or allegedly being gay, anywhere in Palestine, including in East Jerusalem. Indeed, anti-gay “honor killings,” like the horrendous incidents in Turkey, are the exceptions that prove the rule.

When Naftali Fraenkel, Gilad Shaar and Eyal Yifrach were kidnapped and murdered in the West Bank last month, there was legitimate outrage against suggestions that the victims, or their families, or their government, bore responsibility for their deaths, simply because they were Israelis in the West Bank. There was similar outrage over some Palestinian and anti-Israel media persistently labeling the youths “settlers” or even “soldiers” — implying that they were legitimate targets. And recall the outrage in October 2000, during the second intifada, when two unarmed Israeli reservists made a wrong turn and ended up lynched by a Ramallah mob — and the Palestinian Authority and some Palestinian establishment figures insisted on blaming the victims by calling them Israeli “undercover agents.”

Israelis and supporters of Israel are no strangers to having false narratives and conspiracy theories peddled in order to blame Israeli victims for violence carried out against them. And they are rightfully outraged when it happens.

Where is the outrage and shame for the blaming of the victim and defamation of Mohammed Abu Khdeir, his family, and his society? Where are the voices denouncing the blood libel manufactured by cynical officials; spread unchallenged by lazy or credulous media; and seized on — whether naïvely or cynically — by people inside and outside Israel to deflect responsibility from Israel and Jews?

Because while it is now known that Mohammed Abu Khdeir’s killers were Israeli Jews, not Palestinians, his death has been framed for the entire world in a dehumanizing, defamatory narrative suggesting that while Palestinians may be innocent of this particular crime, in the more general sense they are always guilty.