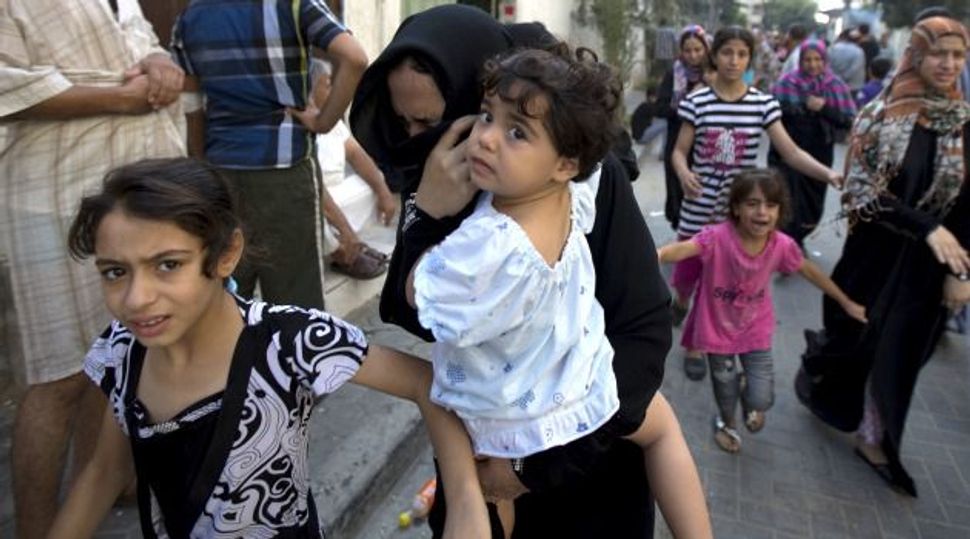 When I was 14 years old, I remember my father, Edgar M. Bronfman, publicly calling for the end of Israeli settlement building. It was 1977, the very beginning of the implementation of the Drobles Plan, and only a few thousand settlers lived in what we now call the Occupied Territories. At the time, I was only a boy, and I did not understand the urgency with which my father spoke against the construction of settlements.

“Israel is to be a light unto the nations,” he would say to me. “Israel must behave according to a higher moral and ethical code.”

“Why?” I would ask. With the look and a tone that only my father could muster, he would reply, “Otherwise, what’s the point?”

My father’s words became more and more strident as the decades passed. But today, as we grapple with the wrenching pain of the murder of Jewish and Muslim youth, they have never rung so true. Why do I hear my father’s words about settlements at this time? Simply put, the settlements are the greatest impediment to enduring peace in Israel, and the deaths of four innocent children last week should cause us to examine our own beliefs and actions.

I am shocked and sickened by the kidnapping and murder of Eyal Yifrach, Gilad Shaar, and Naftali Fraenkel. The outrage and the pain emanating from Jewish communities everywhere affirm the guiding principle that all Jews are a single family. At the Samuel Bronfman Foundation we believe in that connection between the Jewish people, throughout the world and in Israel. I am profoundly pained for the families of our murdered sons, and I denounce in the strongest terms these despicable acts.

When I learned that Mohammed Abu Khdeir had been murdered, burned to death, in response to such calls, I felt a deep shame and a deep sadness. The modern Jewish narrative purports that Jews abhor violence and only resort to it in self-defense. Yet this act of premeditated depravity exposes the mendacity embedded in the story we tell ourselves. In the words of Rabbi Mishael Zion, “an ugly Jewish face has been unmasked yet again, and revealed us all to be carrying innocent blood on our hands. It makes me shamed to my very core.” What a dark and horrifying place we find ourselves in now when an act so unspeakably evil and vicious has been perpetrated by our own.

In the last few days, the forces of battle have once again unleased over Israel and the Palestinian territories as missiles rain down on major Israeli population centers and the Israeli air force strikes in Gaza. The violence escalates and more families will be ripped apart and more children will die.

Inevitably, the chasm between Jew and Arab widens. As a father of four, my heart breaks for the families who lost their young sons and I fear for the families in harm’s way. As a Jew and a supporter of Israel, I feel compelled to speak. I strongly believe that we can trace the trail of missed opportunities and increased vitriol directly from the first self-righteous construction of settlements. We must call for an end to settlements now and begin to heal from the destruction and suffering they have brought with them. Two peoples are being destroyed by them. There is no time to waste; enough time has been wasted already.

Adam Bronfman is President of The Samuel Bronfman Foundation.