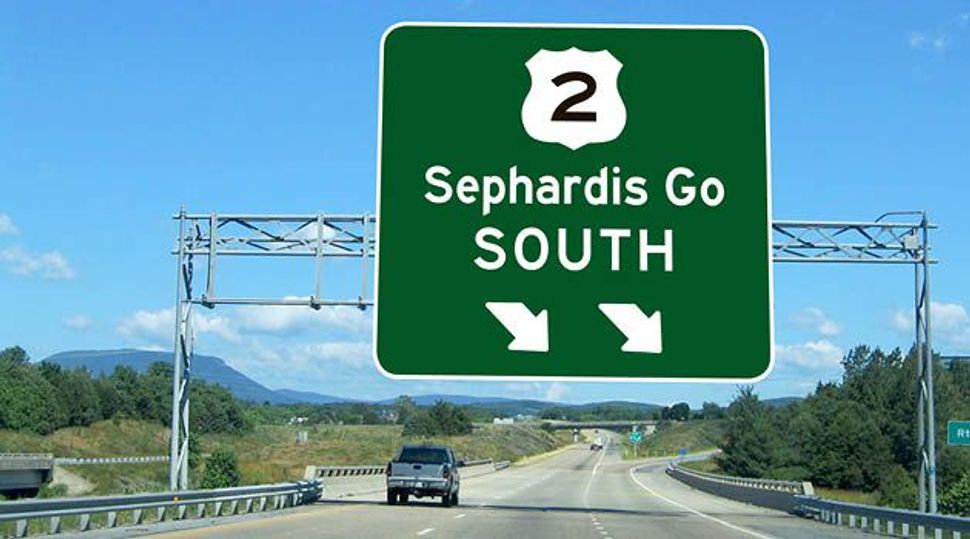 Editor’s Note: As part of the Forward’s Our Promised Lands project, which will cover 50 states in 50 weeks, Anne Cohen and Sigal Samuel are setting out on a Southern adventure. Over the next eight days, they will travel to Alabama, Tennessee, Mississippi and Louisiana, so keep an eye on this blog to follow their shenanigans. To get you in the mood, here’s a brief history of Jewish road trips.

He may not represent the tribe anymore, but Jesus hails from some pretty hardy Jewish road trippers. Mary and Joseph trekked the 80 miles (a 33-hour walk according to Google Maps) from Nazareth to Bethlehem with only a donkey to lighten their load. In case you’re wondering, that’s roughly the distance from New York to Philadelphia.

Dubbed the “Jewish Marco Polo,” Tudela was a medieval Jewish traveler who visited Europe, Asia and Africa in the 12th century. In what began as a pilgrimage to the Holy Land, Tudela traveled through France, Italy, Greece, Constantinople, Syria, Lebanon and what is now Israel before reaching Baghdad. After a stop in Persia, he cut through Egypt and North Africa to return to his homeland of Spain. The things you can get done when you don’t have to go through airport security!

Luis de Torres was Christopher Columbus’s interpreter on his first trip to America in 1492 — the same year Jews were officially expelled from Spain. Born Yosef ben HaLevi Halvri, he is believed to be the first Jew to have set foot in the New World. When Columbus returned to Spain in 1493, de Torres was one of the 39 men who stayed behind to found the settlement of La Navidad on the island of Hispaniola.

As a Spanish-Jewish philosopher and poet, Judah HaLevi, author of the Kuzari, wrote constantly about the centrality of the land of Israel in Jewish life. His beliefs led him to abandon his home in Spain and travel to Palestine on May 14, 1141. Unfortunately, he died after being run over by an Arab horseman just as he arrived in Jerusalem.

Between 1955 and 1957, Zurich-born photographer Robert Frank traveled across America, dragging his family along with him, and snapped over 28,000 shots of life in the United States. Only 83 made the cut into his iconic book, “The Americans.”

Frank famously ran into anti-Semitism during a pit stop in Arkansas, when the police questioned him for four hours on the grounds that he was holding a “foreign box” of candy while Jewish.

The classic ’90s Nora Ephron rom-com begins with Billy Crystal and Meg Ryan on their way to New York from the University of Chicago. The 13-hour drive yields such gems as: “When I buy a new book, I read the last page first, that way in case I die before I finish, I know how it ends”; “But I’d like the pie heated and I don’t want the ice cream on top, I want it on the side”; and of course, “Men and women can’t be friends because the sex part always gets in the way.” The rest is history.

When Kermit the Frog embarks on a cross-country trip to Hollywood, he encounters one Fozzie Bear, an orange-brown fuzzy comedian with the trademark catchphrase: “Wocka Wocka Wocka!” Fozzie Bear was voiced by Frank Oz, whose humor was inspired by his Polish-Jewish father — in Fozzie’s magic act, he pulls a rabbi, not a rabbit, out of his hat.