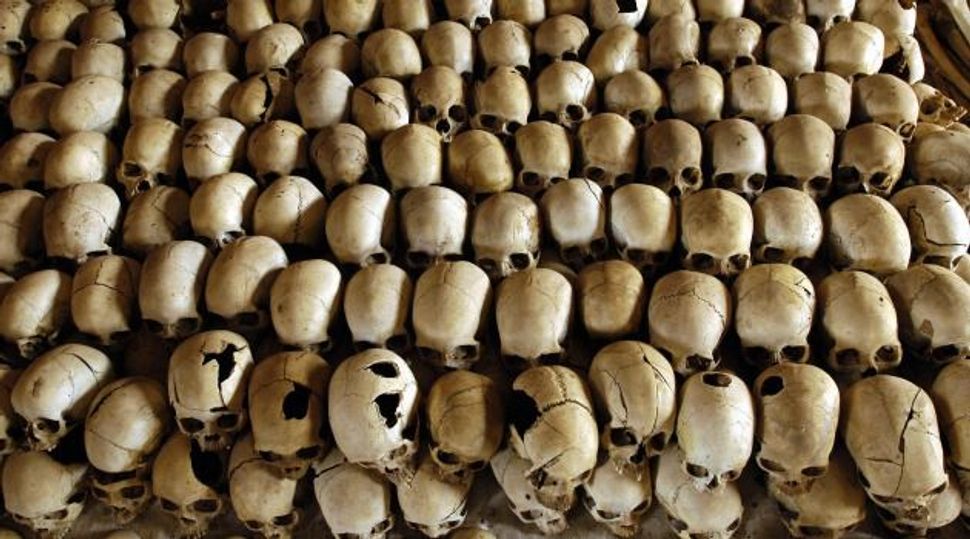 It seems impossible to me that I am typing this line: Genocide is never permissible. Full stop.

That one would even need to type such a line destroys me. That an author proposed such an idea? A horror.

But It is also his newspaper. It is also the world he – they? We? – live in where anyone could have possibly believe it was morally acceptable, that it was even remotely possible, to not only conceive of, but to write, to propose, to recommend, genocide. And then to post a story that endorses this destruction of humanity, to let that story run, unadulterated, to allow it to be out there in the world, the smiling face of its author next to it, as though this was not an abomination. For that is what it is: an abomination.

For that is what it is: an abomination.

Times of Israel. For shame. Yes they took it down. But no. It should never have been there.

[UPDATE: After this blog post was written it came to my attention that the Times of Israel offered bloggers unfettered access to parts of their site without oversight. This doesn’t absolve them of responsibility for the content of their website but it does mean it may not have been vetted. This was not clear at first reading of the piece and it appears that, as a result of this hateful story, their policy has shifted. It’s gratifying to know editors at the Times if Israel recognize hate mongering.]

Are we not that people? Are we not believers in the future?

To propose genocide is to permanently dehumanize us. To propose murder, to propose destruction, is to have cemented over our own humanity in the creation of a faceless enemy, is to have failed to see the basic humanity in us all.

No. We must stand up now and be counted and we must say: We revile this thought. We must say: We reject your demand for destruction. Rabbis: you have your sermon for Shabbat. Call upon your congregations to rise up, to declare their revulsion.

Yesterday Rabbi Jill Jacobs issued a call for “radical empathy”: “During the current war between Israel and Hamas, we desperately need radical empathy,” she wrote. “By this, I mean opening ourselves to the pain of the other exactly at the moment when we are terrified of this other, and exactly at the moment when fear for our lives and for our loved ones pushes us inward.”

For weeks now we have been watching Israel and Gaza, hearts in mouths, images of the deaths of children on our Twitter feeds, our Facebook scrolls, our television monitors. The destruction is overwhelming, the fear reaches out across the seas, takes hold of our throats.

“Where is this leading?’, we whisper, late at night, after we’ve switched off NPR after learning another school has been hit, more children are dead, another dozen people are buried. After another soldier has died, a parade of burials continues, ad infinitum, day after day.

The power of these bombs already threaten to take all of us down with them. Do not let these radical destructionists speak for you. We must, as Rabbi Jacobs wrote, cry for all those lost.

As Rabbi Aryeh Cohen wrote for the organization T’ruah, “there is no basis in halachah,” in Jewish law, that gives “blanket permission for the murder of innocents.”

“We must cry out for the honor of Torah,” he wrote. “The Torah that puts on sackcloth and ashes when this barbarity is ascribed to her.”