A Punk Rocker, Tisha B’Av and Our Love of History 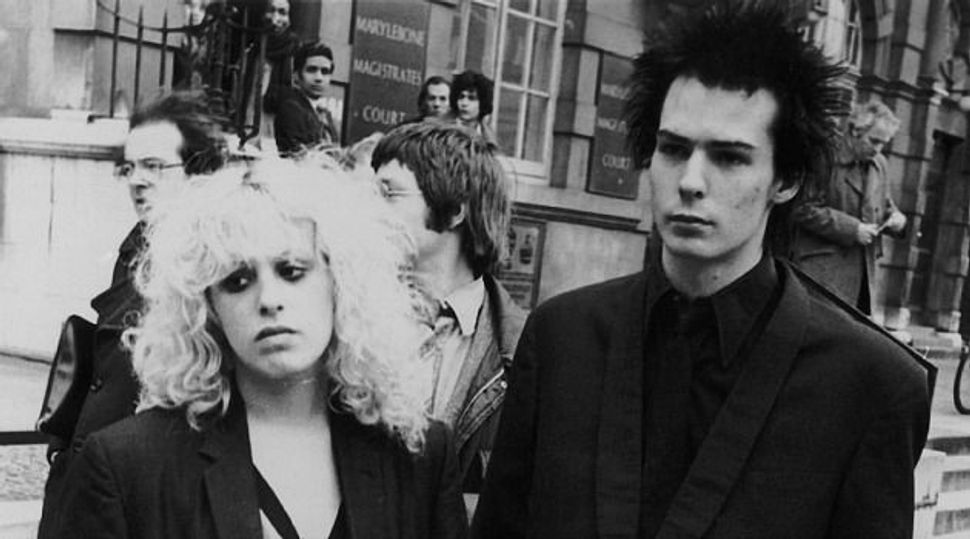 The receptionist looked horrified. Well, maybe I exaggerate a bit. But she was definitely taken aback by the visitor, whose longish reddish hair, wrap-around sunglasses, piercings, leather jacket (over a tee) and boots set him apart from most of the people who are usually buzzed into Agudath Israel’s offices. I had been expecting him.

He wasn’t Jewish. Actually, he was of Irish ethnicity, and when I had spoken to him on the phone earlier that week and asked him what he’d like for lunch, his answer informed me that Jews and Irishmen share a fondness for corned beef.

I came out to the reception area, shook hands warmly with my guest and ushered him into my office. He was, he said, so honored to meet an actual rabbi. I didn’t tell him that we’re actually pretty much a dime a dozen in New York, but instead just graciously accepted the compliment and told him how happy I was that he had taken me up on my invitation.

It’s a bit of a long story, and took place a good decade ago, but the short version is that it had come to my attention that my guest, who was something of a celebrity in punk rock circles, had helped a religiously wayward Jewish man, a Chasid from Williamsburg, reconnect to his roots. The fellow had drifted “off the derech,” as they say, but, thanks to my guest’s intervention, discovered a U-turn. The wayward Chasid hadn’t had any philosophical issues with Judaism, and hadn’t been hurt by anyone in his community. He simply hadn’t succeeded in yeshiva and had stumbled upon a music scene that intrigued him, indeed that he, to a degree, joined.

When he was about to take a step that would have cut himself off from his community, my guest, whom we’ll call Vic and whom the Chasid had come to respect, stopped him. And the Chasid realized that his Jewish rumspringa had run its course, that it was time to come home. Which he did, marrying and siring a family.

I had felt a need to express my gratitude to Vic and so tracked him down. He was very surprised to get the phone call and eagerly accepted my invitation for lunch.

Before he left, Vic gave me a gift, his group’s most recent CD. Although my musical tastes run in other directions, I was touched by the gesture and thanked him. Then, realizing that he would probably want feedback on his work, I told him that music was off limits to me for the next couple of weeks, as we had just observed the fast of Shiva Asar B’Tammuz, which ushers in the “Three Weeks” — until the Tisha B’Av fast (which this year falls on August 5, beginning the prior evening), when festivities and music are curbed. I explained that the period commemorates the destruction of the two central Jewish Temples in Jerusalem, the first one more than two millennia ago, as well as a number of subsequent Jewish historical tragedies.

“That’s just too funny,” was his strange response. I hadn’t heard the phrase before but quickly came to understand that it meant he found the notion of event so distant in time having so real an effect on the present mystifying.

More than most, Vic helped me realize, we Jews have history on the heart. That is why we love to seek out our roots, why we inquire about those of other Jews we meet, why there are Jewish genealogical societies, history lectures, Holocaust museums and commemorations. And Jews who fully embrace their religious heritage are particularly, even exquisitely, sensitive to the past. Not only the recent, but the long ago.

This Tisha B’Av, as every one, will witness observant Jews fasting and weeping over the tolls taken by our people’s travails. We will sit low like mourners for much of the day, and read about the destruction of the Temples, reciting poetic dirges about those Jewish catastrophes and others.

The fact, though, that most of the mourned events took place hundreds, even thousands, of years ago did not, and does not, make them less relevant. Only when the Messiah arrives, may it be soon, will the mourning stop. Until then, Tisha B’Av will remain the saddest day of the Jewish year.

Jewish travails are not relegated to the past either. We witness before us today nations that are noxious mixtures of advanced weaponry and retarded reason, and populations that exhibit passionate hatred of Jews. It won’t be hard to feel sad this Tisha B’Av.

But we take solace all the same in the fact that, although we have suffered grievously and often, the Guider of history will protect us if we merit it. The Three Weeks are pointedly followed by the “Seven of Consolation,” when the synagogue readings from the Prophets consist of Divine reassurances that there is an end-point to history, and our people figures prominently in it.

I didn’t mention that part to Vic, and don’t know, had I done so, what he would have made of it. But with four words he had honed my appreciation of how unusually history-conscious we Jews are. I guess I still owe him.

A Punk Rocker, Tisha B’Av and Our Love of History