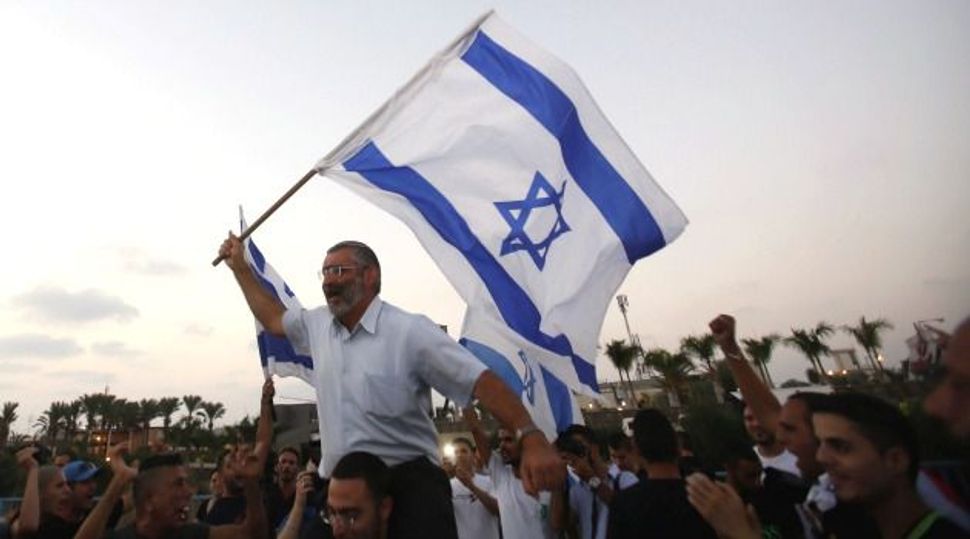 The first thing I noticed when my shared taxi dropped me off in Jerusalem earlier this month were the flags. In the Beit Hakerem neighborhood where I was staying — a mostly secular Jewish area in southwest Jerusalem — balconies were strung with large Israeli flags and rows of miniature ones. Car antennas were adorned with pennants and ribbons. Even the neighborhood light rail station was donning blue and white, with flags flapping from the lampposts. This latter show of patriotism on public property was new, my host told me, since Operation Protective Edge began.

Jewish Israelis have supported the war with Gaza in overwhelming numbers. A much-cited Israeli Democracy Institute poll from late July said that more than 90% of them believed that the war is “just.” (Since the poll, truce talks have begun, and there was a major pro-peace rally in Tel Aviv a few days ago.)

The wall-to-wall blue and white stood in sharp contrast to colorful New York City, from which I had just arrived. There, the Gaza war was hotly disputed in the streets and in the press. The American Jewish community had largely rallied around Israel, saying the country has a right to defend itself against rocket fire from Hamas. But a small and vocal minority of Jews staged high-profile events to protest Israel’s campaign and the large civilian death toll. My Facebook and Twitter feeds were roiling with the debate. The images of death and wreckage from Gaza were inescapable.

In Israel, it was a different story. In wartime, the mainstream Israeli press “unifies around the flag,” Yizhar Be’er, the executive director of Keshev, an Israeli media watchdog group told me. “Journalists are strongly influenced by the public atmosphere,” he said. Like most Jewish Israelis, they have friends, family members or acquaintances serving in Operation Protective Edge. On Israel’s Channel 2 news, I watched a correspondent reporting from a hilltop outside Gaza on the war going on inside the Strip. (Journalist Lisa Goldman described this practice in the 2008 Israel-Gaza war in a piece for Columbia Journalism Review.)

On the Israeli street, support for the troops was also apparent. In Mahane Yehuda, the West Jerusalem market, a young man called to passersby in English, asking them to write letters to the Israeli Defense Forces. A few days later, I walked by a booth in the Jerusalem city center where a woman was filming short videos to send to the troops; a group of young children stopped in front of the camera and smiled and waved.

When I arrived in Ramallah, a city in the Israeli-occupied West Bank, the images so prevalent in my Twitter and Facebook feeds snapped into view again. Pictures of Gaza were everywhere. In the Manara, the city center, a poster with the word Gaza in flames hung next to a picture of two dead children, bundled in white cloth. Televisions in stores and restaurants were broadcasting news from Gaza and Bethlehem, where Palestinians were clashing with the Israeli military. At a rally on a downtown street, a group of men and women carried flags from several different Palestinian political groups, including Hamas.

On the road from Ramallah to Birzeit, a small town in the central West Bank, I passed an electronic billboard that was broadcasting a slideshow of images from Gaza; I glimpsed a picture of a Palestinian woman crying atop a pile of rubble before my shared taxi sped up the hill. Once in Birzeit, a Palestinian friend told me he was planning a donation drive for the people of Gaza. 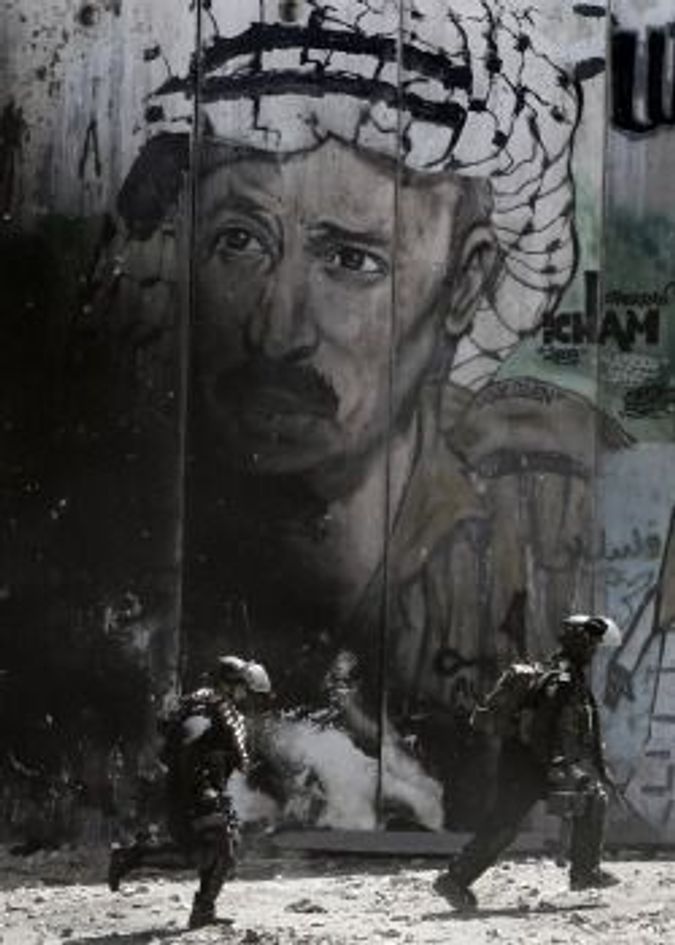 In the West Bank, the spillover from the Gaza war was also more apparent. Qalandia, the major checkpoint between Jerusalem and Ramallah, was partially blackened from confrontations between Palestinians and Israeli soldiers. The separation barrier near Qalandia, a high concrete wall, is famous for its iconic mural of Yasser Arafat and jailed Fatah leader Marwan Barghouti. Now, Arafat is half-covered in sooty black.

As I write this, regional leaders are coming to the end of their negotiations in Cairo, the results of which will determine whether the war between Israel and Gaza will resume. Sixty-four Israeli soldiers, three Israeli civilians, and more than 2,000 Palestinians — the majority of them civilians — have died. (Israeli and Palestinian sources dispute the exact ratio of militants to civilians.)

In the meantime, I am left with the impression that Jewish Israelis and West Bank Palestinians are witnessing — and living — two very different wars.

Naomi Zeveloff is the Forward’s new correspondent in Israel and the Palestinian Territories.