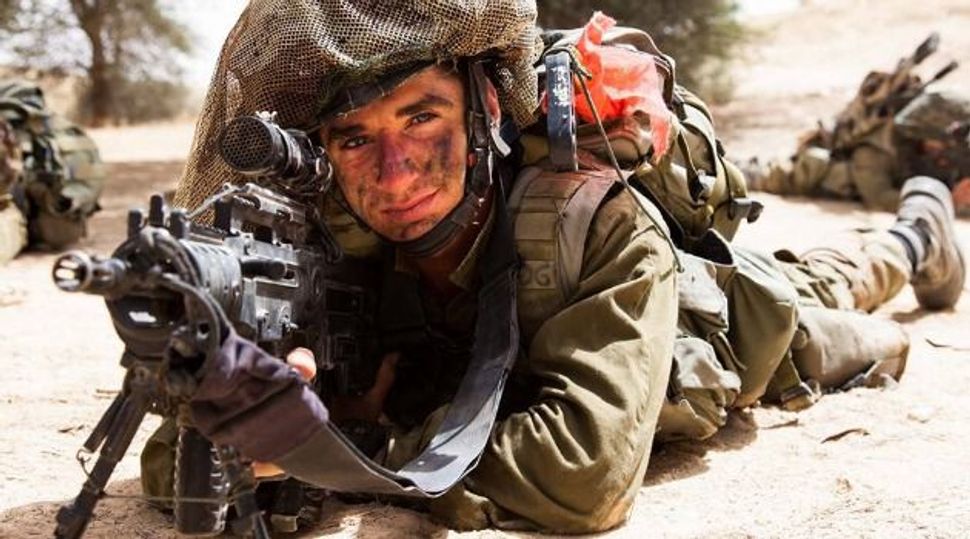 David Menachem Gordon, the IDF soldier from Ohio who was found dead on Tuesday, left a record explaining his journey from budding American journalist to Israeli army recruit.

The 21-year-old’s personal blog, “Shields of David,” together with his writings available elsewhere online, offers a glimpse of an articulate young man who identified his worst fears and decided to fight them head-on rather than be paralyzed by them.

This was a boy who wrote publicly about “the scattered scars that sexual abuse left on his Soul” for the Huffington Post, and encouraged other survivors to come forward. “Those eight years of secrecy were horrific,” Gordon wrote. “If you are a victim of any type of abuse, wherever you are, I beg you for your own sake: Reach out! Secrets don’t get better with age so don’t keep them boiling inside any longer.”

This was a boy who unabashedly posted John Mayer songs to his personal Facebook page, along with messages like:

This was a boy who wept when, on a student trip to Poland, a group of locals outside his tour bus raised their arms in a Hitler salute.

Unable to properly express my own buildup of emotion, I slouched low in my seat and began to cry. Perhaps it was due to the overload of images from our walks through numerous Nazi death camps, gas chambers and human furnaces of a dark history or the harsh reality that I was powerless in the face of present day anti-Semitism. Here I was, a mere bus ride away from the exact spot where the SS butchered and burned upwards of 80 members of my extended family in the central city of Kalisz over 70 years ago.

Gordon was planning to join the U.S. Navy when Israel launched Operation Pillar of Defense in November 2012.

I very much intended on joining the U.S. Navy albeit on my own time. I did my research and even began an intensive exercise regime to get ready for training… But I had my reservations. The Israel Defense Forces is an army that fights for her nation’s survival and the absence of its warriors equals destruction from numerous regional foes. America is not quite under the threat of total annihilation… Simply put, I felt I was needed more in Israel than in the United States.

Gordon was clearly excited about becoming part of the Israeli army. On his Facebook page, he posted images from a Reuters photoshoot of the IDF, for which he modeled.

In other status updates, he wrote in Hebrew “I got Givati!” (referring to the prestigious Givati Brigade) and “I’m a sharpshooter!”

Just 25 days before his death, Gordon wrote on Facebook:

Despite this, Gordon was far from naïve when it came to his choice to join the army. In fact, he was remarkably clear-eyed about it. As he noted on his blog:

I must point out that “defense force” does not mean passive force and I am in no way giving credence to those who claim that the IDF is a humane army. Granted, they are a very moral military and are often the first to respond to natural disasters globally, but to put humane and army in the same sentence is an oxymoron. There is nothing tender or benevolent or peaceful about war except, perhaps, that force is used as a means to those ends. War is violence. Ammunitions are fired and people die.

Spencer Eppstein, 22, a student at Yeshiva University and a close friend of Gordon’s, remembered him fondly in a phone call with the Forward: “He was one of the most brilliant people that I knew, that I know. He was smart beyond belief — and he hadn’t gone to college yet. He had a lot of tough times in life and made it out on top. It was his goal to not only figure out what happiness was for himself, but to spread it to other people.”