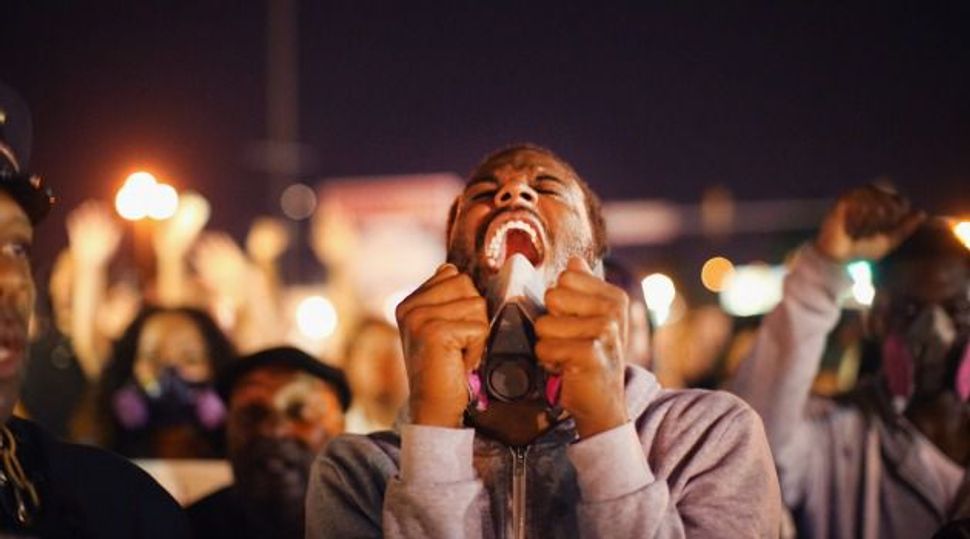 After weeks upon weeks of news reports that detail what seemed to be never-ending violence in Israel and Gaza, compounded by accounts of a rise in anti-Semitic attacks in Europe and Canada and even across the United States, it would have been so simple to sit back over this past week-and-a-half and breath a sigh of relief as the headlines began to broadcast violence outside of the Jewish community.

Though I live about six miles from the city of Ferguson, MO, I am not kept awake at night with dread of the violence that might reach my home. I do not live under a curfew or find my days and nights punctuated by the sound of sirens. Like so many others in the world, I saw the images of Ferguson police in riot gear and individuals looting stores and throwing Molotov cocktails through a television screen, not through my front windows. While those in the rest of the country demand dialogue around race relations in America, governmental responses to violence, and allegations of police misconduct, I could choose the luxury of continuing on in my day-to-day life with no adjustments made for the tensions and fears in my own backyard.

Silence is a luxury, but it is not an option.

We read only last week in the Torah portion that God upholds the cause of the orphan and the widow and befriends the stranger, providing him with food and clothing. That’s why we’re commanded, “You too must befriend the stranger, for you were strangers in the land of Egypt.” (Deuteronomy 10:19)

Rabbi Shlomo Ephraim Luntschitz, the 16th century commentator from Prague known as the Kli Yakar, wrote that anyone who was never a stranger in his life cannot feel the pain of the stranger and does not suffer together with the stranger. Anyone who himself has been a stranger, though, knows in his very core the agony of the stranger, and would never allow anything which he himself finds hateful to happen to another.

I am honored to join members of the clergy across faith traditions pastoring and counseling to workers, residents, and visitors of Ferguson, and to anyone else who might need support. Members of the Jewish community of St. Louis have prayed with their voices and their feet for a peaceful and just resolution to the events that have unfolded.