VIDEO: Satan and Jewess Give Birth to ISIS 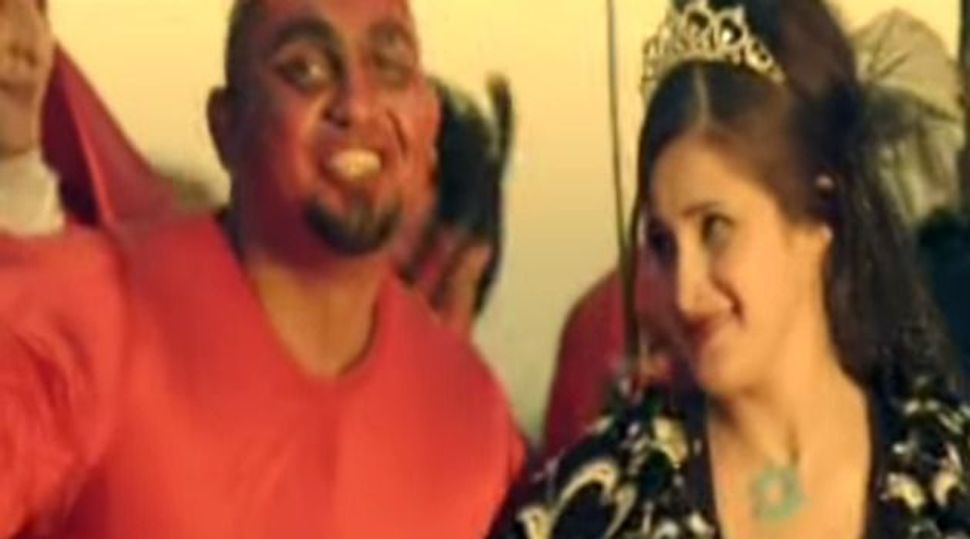 Well, this is weird.

Iraqi TV is rolling out a new satirical series, “Superstitious State,” that portrays the leader of ISIS as the spawn of Satan and — you guessed it — a Jewish woman.

In a promo for the soon-to-come anti-ISIS show, broadcast several times daily on Al-Iraqiyya, we meet a Jewess adorned with a big Star of David necklace. “I hope to get a ring on my finger by someone who will destroy the country,” she says, then points to the red-clad devil, who says, “We will name our child ISIS.” The subtext here is a conspiracy theory, currently circulating in Iraq and elsewhere, that suggests Jews and/or Zionists created ISIS with the intention of ruining Islam.

So, this Jewess is supposed to be the mother of ISIS leader Abu Bakr Al-Baghdadi — but she doesn’t give birth to him the good old-fashioned way. Instead, “an egg hatched — and an ISIS-ling was born.” Why?

Funnily enough, however anti-Semitic the subtext of this video may be, it actually reminds me of nothing so much as an old Jewish legend. According to a biblical interpretation recorded in the Talmud, the Zohar and the 9th-century Midrashic text Pirkei de-Rabbi Eliezer, when our original mother, Eve, gave birth to the original child, Cain, it was not a result of her union with Adam. Instead, she spawned Cain with her other lover: the snake — also known as Satan.

Combine that with the fact that the egg in this promo looks like a snake egg (for one thing, the nest is on the ground in the desert, not up in a tree; for another, the camera focuses on a snake at the beginning of the video) and I can’t help but think of the newly-hatched ISIS leader as the biblical Cain.

Which actually serves the intentions of the video-makers pretty well. Cain isn’t just the bastard child, the evil son. He’s also the first murderer in history, having killed his wiser and more righteous brother, Abel. That’s exactly the sort of archetype this video wants us to associate with ISIS.

Of course, I don’t actually think the makers of this satire are purposely picking up on the Eve-Serpent-Cain trope. But given that it’s wormed its way deeply into the historical consciousness, across centuries and across religions, coming to be known variously as the “serpent seed” or “dual seed” or “two-seedline” doctrine, it’s not that surprising to see a glimmer of it reflected in this video.

VIDEO: Satan and Jewess Give Birth to ISIS