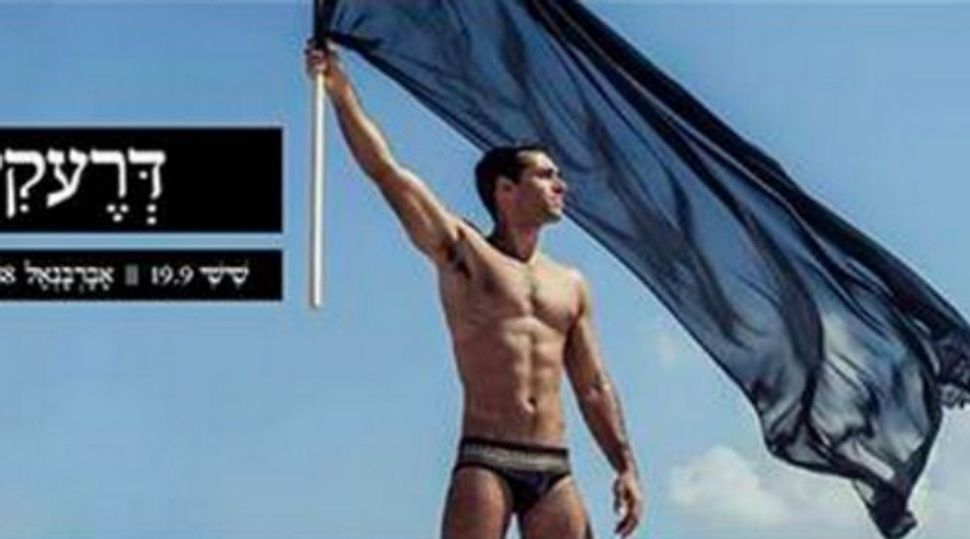 Advertising is a tough business. People are busy. Getting them to come out to your event can be hard. But does that justify using ISIS imagery to gain publicity for your party?

Tel Aviv’s popular gay party organizers, Drek, apparently think so. In recent advertising, they used imagery from the gruesome ISIS beheadings — an executioner swathed in black hovering over a kneeling victim in an orange jump suit — to draw crowds to their Haoman 17 Club last Friday.

Someone actually woke up one day, went to work, and decided it would be a good idea to borrow infamous execution imagery — even as ISIS is going around grabbing chunks of Syria, and even as the group’s victims are being mourned by their families. Including one Jewish family — that of slain journalist Steven Sotloff.

You’d think the organizers would have been a little more sensitive, considering that this victim is one of their own.

But they weren’t — and they still aren’t. Amiri Kalman, one of the Drek’s founders, stands behind the design choice: “We are trying to react to current events. We have been doing it for a number of years. But we reject violence in any form and that includes the (execution) videos intended to scare the world.

“Therefore we also refuse to participate with this fear and refuse to become hysterical. This is satire, and our way of showing our contempt of them and their videos,” he told Ynet.

Kalman also pointed out that the party itself did not feature any ISIS-inspired imagery or props.