What Islamic Art Museum Can Learn From Jews 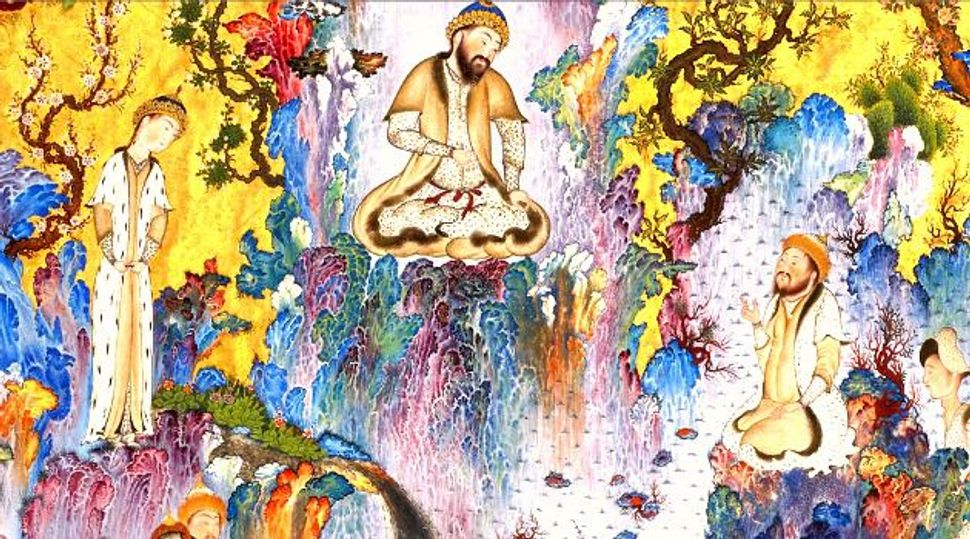 Courtesy of the Aga Khan Museum

North America just got its first museum devoted to Islamic art, a $300 million project in Toronto made possible by the Aga Khan. The “over one thousand artefacts and artworks” spanning “over one thousand years of history” are meant to capture “the artistic accomplishments of Muslim civilisations from the Iberian Peninsula to China,” according to the foundation’s website.

With 3.5 million Muslims in North America, it’s high time that Islamic art took its place in the sun. After all, Jewish museums have long occupied an important spot in the broader cultural imagination.

For now, the Aga Khan museum’s collection appears to be focused primarily around traditional Islamic art forms like calligraphy, illuminated Qu’ran manuscripts, and ceramic and architectural ornamentation. Given the obvious connection between religion and state across the Muslim world, where regimes have long demonstrated their reach through public displays of art and decoration, this emphasis is not surprising. And given the breadth and beauty of this centuries-long contribution, the focus is deserved.

Still, it will be fascinating to see whether the museum eventually follows the lead of some of North America’s most notable Jewish museums in injecting a playful — and perhaps even subversive — twist on ethno-religious concerns.

When I visited San Francisco’s Contemporary Jewish Museum, for example, I was treated to an exhibit of mesmerizing portraits of Kehinde Wiley, a New-York based visual artist whose exhibit sought to uncover the less visible faces of Jewish and Israeli identity through challenging aesthetic juxtapositions.

And my visit to the Jewish Museum in New York last year coincided with an Art Spiegelman retrospective. Compared to grand civilizational expressions of religious identity expressed through decorated holy books and edifices, Spiegelman occupies a different sort of place in the popular ethno-religious imagination: one of self-examination and irony lying atop the serious concerns of relaying historical narrative. Add to his work on “Maus” his pop culture endeavors of illustrating for Garbage Pail kids and Wacky Packs — a weekly feature of my childhood — and the high-low aesthetic of Jewish artists like Spiegelman is clear.

Those broader attempts at plying your craft through low-art and commercial channels also speak to a certain broad engagement with the culture at large. At the Aga Khan, you wonder whether the work of Egyptian-born and Canadian-raised industrial designer Karim Rashid, for instance, might eventually make an appearance. (Whether he identifies as Muslim isn’t clear, however: his father, evidently, was a “non-practicing” Muslim.) His playful, modern designs for mass-market producers like Umbra no doubt reach many who are unaware of the source. In this way, cultural museums can be useful conduits of conversation, showing the inspiration behind everyday concerns.

Any minority culture — as Muslims and Jews in North America both are — must enjoy a certain level of comfort and security to begin to turn its lenses on itself, allowing the light of humor and self-doubt to creep in. Jews in North America have reached this point. Whether Muslims yet have is much less obvious. Whatever attempts at cultural integration naturally occur over the course of time with global population flows are being delayed by the unfortunate turn that international politics has taken since 9/11.

And speaking of current museum openings, last weekend marked the opening of another cultural site a province over from the new Aga Khan — the Canadian Museum for Human Rights, in Winnipeg. The excitement around the long-anticipated opening was partly eclipsed by pointed debate over whether Canada’s role in contributing to human rights abuses would be sufficiently highlighted, and whether the gallery devoted to commemorating the Holocaust would unfairly overshadow the many other atrocities the museum seeks to analyze.

It’s perhaps unfortunate that the purveyors of cultural experiences and historical narratives sometimes compete with one another for attention. And perhaps in my writing this very piece — looking at the Aga Khan museum in light of the trajectory of Jewish museums in North America, I’m unwittingly contributing to a subtle trend of cultural one-up-manship.

Then again, the best art is often criss-crossing and collaborative. And the most exciting cultural offerings often emerge from the dynamic interplay that comes with investigating your own place amidst that of others.

What Islamic Art Museum Can Learn From Jews