No, Pamela Geller, the Qur’an Is Not Anti-Semitic 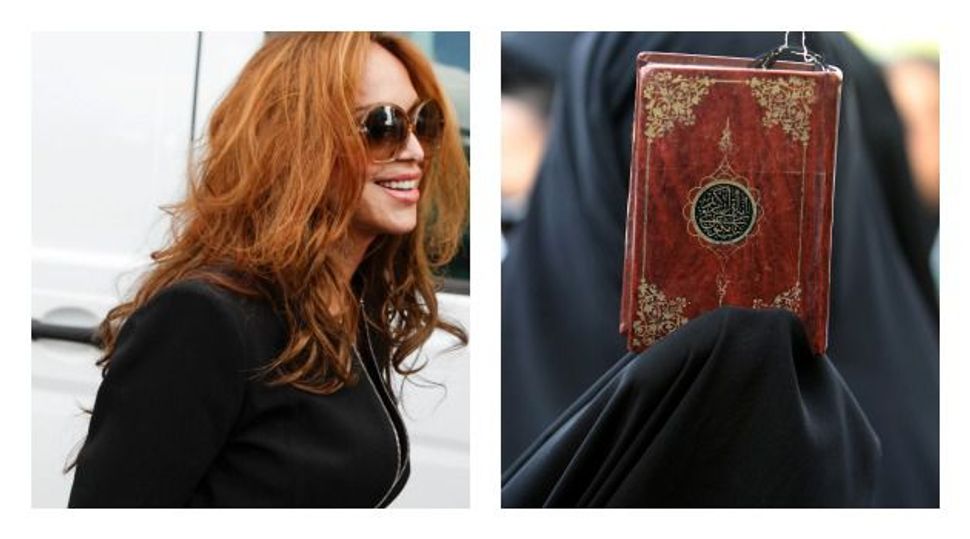 Soon you will see ads, courtesy of Pamela Geller, in the New York City subway system that state, “Islamic Jew-Hatred: It’s in the Qur’an.”

It’s easy to understand why many Jews might think so. Anti-Semitism has become a frightening force in much of the Muslim world, and a recent Anti-Defamation League study has shown that anti-Semitism is more common in Muslim majority countries than in any other region identified by religion, culture or geography. Muslims need to address this problem for many reasons, not least of which is that anti-Semitism reflects deep ignorance and a willingness to be manipulated by simplistic propaganda that is harmful to Muslims as well as Jews.

But anti-Semitism is not found in the Qur’an.

This may be difficult to fathom given the recent heated public discussion. Some people cite what appear to be obviously angry and seemingly hateful negative references to Jews in the Qur’an. Others argue that these verses are taken out of context. They cite counter-verses from the same Qur’an that appear to respect Jews and even refer to Jews using the same positive language reserved for followers of Muhammad.

So what’s the real story? As usual, the issue is not so simple, and many on both sides of the debate do us all a disservice with their hyperbole and naïve arguments.

Yes, the Qur’an contains verses that refer negatively to Jews. In order to understand these verses, we must read them both in relation to the fullness of the scripture in which they are located (synchronically), and also in relation to how other scriptures treat non-believers (diachronically).

Let’s start with the synchronic reading. Negative references to Jews in the Qur’an occur in relation to negative references to other communities, all of which opposed the emergence of the new Arabian prophet and his revelation. The Jewish communities of Arabia, like the Christian, Zoroastrian and native polytheist communities, did not accept the prophetic status of Muhammad. A few individual Jews and Christians joined his movement, but when they did they voted themselves out of their native religious communities.

This is a natural occurrence. No established religion is willing to discard the canon of its own scripture in order to accept a new prophet with a new revelation. Islam fits into this pattern as well, since it refuses to accept the prophetic status of new divine messengers who emerged out of its own tradition, such as the prophets of the Baha’i faith or the Ahmadiyya.

The Jews of Arabia were greatly respected and influential in Arabia during Muhammad’s lifetime. Because of their status, their refusal as a community to acknowledge his prophethood was a major impediment to the new movement and was condemned by the Qur’an as obstinacy, and hard-headedness. The Qur’an criticizes local Jews, for example, when it states, “Many of the People of the Book would like to turn you back to unbelievers after your having believed, because of envy on their part after the truth has become clear to them” (Q.2:109).

Established religions are never welcoming to new religions, and the disappointment, resentment and anger of newly emerging religions toward established religions that refuse to embrace them is found in all monotheistic scriptures. Many are familiar with the negative references to Jews in parts of the New Testament such as Matthew 23 and John 8. As in the Qur’an, these texts reflect the shock and resentment of those believing in a new redemptive and charismatic leader. They simply could not understand why members of established religions would refuse to join their program.

Negative references to Jews in both scriptures reflect reactive anger and zealous resentment. They do not represent a program to vilify, demonize or scapegoat Jews.

Jews are naturally sensitive to negative references to Jews in other scriptures, but are usually unaware of the same phenomenon of othering in their own scripture. The Hebrew Bible is full of reactive anger and zealous resentment toward competing religious communities. Canaanites, Egyptians and other members of established religious peoples are depicted repeatedly in the Hebrew Bible as spiteful, wicked and mortal enemies of ancient Israel. But most of those portrayed as evil opponents were simply members of established religions who felt threatened by Israelite successes in conquest and expansion. Like the Jews and Christians of Arabia, they opposed the emergence of a new, competitive religious community. The Israelite claims to being God’s chosen people with an exclusive relationship with the one God of the universe (who happened to be called the God of Israel!) could only have added to the tension.

These are all cases of the natural tension that occurs with the birth of new religions. Established religions resent and oppose them — just think of “cults” as new religions in order to understand the mindset. Like the Hebrew Bible and New Testament, the Qur’an includes material that reflects this frustration. It does not express anti-Semitism, Jew-hatred or racism.

Anti-Semitism is caused by different forces, which scapegoat Jews by manipulating people through deceitful deflection of criticism onto Jews. Those who engage in the deception use anything they can to further their aims, including scripture. Negative scriptural references to non-believers exist in all scriptures, and they are sometimes cited and manipulated by hateful people to encourage violence and even slaughter of the religious other. But it’s important for Jews to understand that anti-Semitism is no more basic to Islam than hatred of all non-Jews is basic to Judaism, an old anti-Semitic screed that was often claimed by citing scriptural citations from the Hebrew Bible.

Many writings single out and disparage particular communities, and any kind of “othering” is problematic. We need to be able to distinguish between normal even if problematic cases, and those that are truly hateful and absolutely unacceptable cases of racism, anti-Semitism or Islamophobia. Reacting to every negative reference to Jews as anti-Semitic is unwise, simplistic and dangerous. Don’t be fooled by frightened people into the naïve and simplistic conclusion that any negative reference to Jews is anti-Semitism.

Rabbi Reuven Firestone is Professor of medieval Judaism and Islam at Hebrew Union College in Los Angeles and Senior Fellow of the Center for Religion and Civic Culture at the University of Southern California. He is author of Jihad: The Origin of Holy War in Islam and is President Elect of the International Qur’anic Studies Association.

No, Pamela Geller, the Qur’an Is Not Anti-Semitic