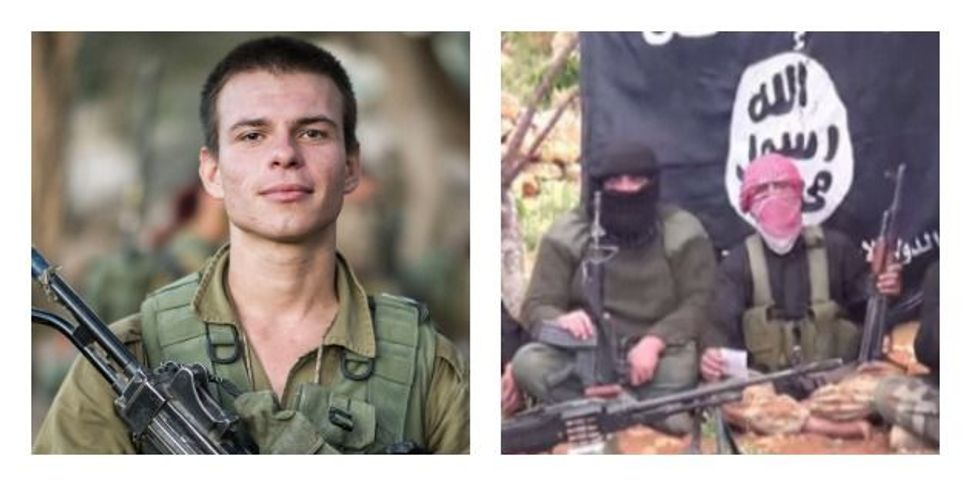 (Haaretz) — It was fairly predictable. The Israeli government, after all, has been doing its best lately to send the message out that we’re all on the same side when it comes to opposing the monstrosity that is the Islamic State.

But that message upsets those who don’t want the world to forget that there’s no entity on earth that could possibly be as incorrigibly evil and destructive as the state of Israel. We’re talking about those folks for whom this summer’s events in Gaza were clearly a premeditated genocidal operation designed to kill Palestinians – and Hamas rockets were just a convenient excuse.

The Islamic State poses a quandary for these activists – who see the Middle East in black and white, in which the black hat belongs to Israel. Even those who prefer to see the warm and fuzzy side of organizations like Hamas and Hezbollah have trouble justifying the barbaric behavior of the Islamic State group – otherwise known as ISIS or ISIL – in any way.

So if they can’t say that ISIL is WORSE than the Jewish state, they’ve decided that the best way to vilify Israel these days is to make clear that the nation’s behavior is surely the equivalent of bloodthirsty beheaders.

And thus, in a catchy way to equate the two, the hashtag #JSIL was born on Twitter, presumably standing for Jewish State in the Levant.

The proud papa of the hashtag is anti-Zionist activist and writer Max Blumenthal, who created it over the weekend, and its mother is Electronic Intifada contributor Rania Khalek, who has been promoting it on Twitter in a stated effort to get the hashtag to trend. The duo has been producing tweets like this:

Some in the media have taken notice of the Twitter fray. First in line was al-Jazeera, which ran an item on its blog with the headline “Activists seek to rebrand Israel as ‘JSIL’ ” – shortly after an al-Jazeera correspondent Clayton Swisher deemed the #JSIL hashtag “kind of catchy.”

Less enthusiastic about it was New York Magazine, which called it “awful” and wrote of Israel that “regardless of your opinion on the Israeli-Palestinian conflict – and, in particular, whether the extent of force used during this summer’s Operation Protective Edge was justified – it’s not a rogue terror group, slaying everyone who’s different and forcing everyone else to live under a narrow moral code.”

Perhaps – but that seems to be exactly what the gang behind the “catchy” new hashtag – are hoping that the Twitter masses will believe.

As the hashtag gained momentum, some pro-Israel advocates have attempted to fight back.

How to be an anti-Semite: 1) Pick one of the great evils of your time (e.g. Nazism, ISIS) 2) Equate it with the Jews or their state 3) Tweet