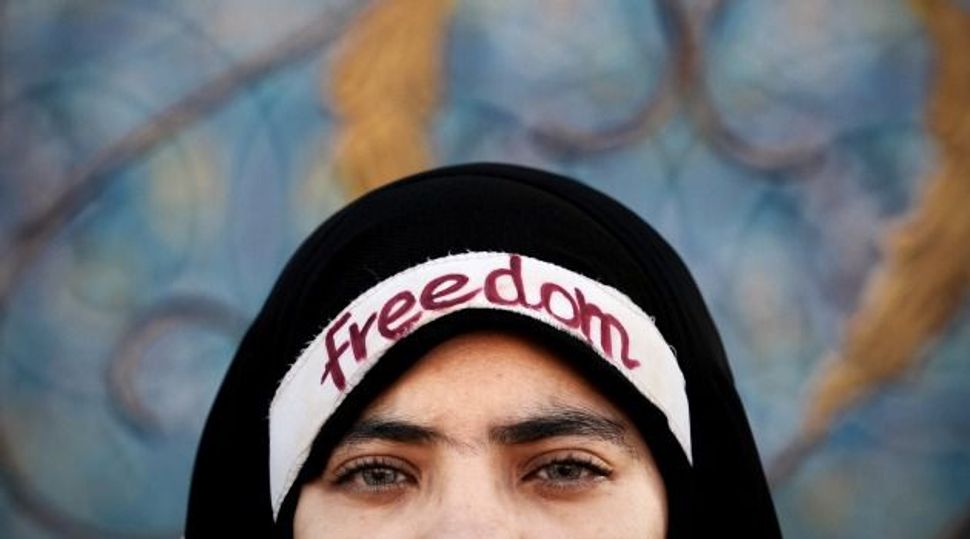 In her recent New York Times op-ed, Mairav Zonszein describes incidents in which left-leaning Israelis were intimidated and even attacked by right-wing thugs. She concludes that, to quote the title of her piece, “Israel Silences Dissent.” By using this phrase, she suggests that Israel displays a state-based system of intimidation against those who do not accept its core principles, which increasingly privilege Jewish ethnicity and religion.

While Zonszein points out some alarming signs in the social reality of Israel, we would argue that depicting Israel as a country that persecutes dissenters is a gross exaggeration. Israel’s freedom of speech is still widely exercised, even in moments when Israel is under attack and masses of Israelis are mobilized to serve the country’s basic security needs.

What’s more, by leveling these kinds of accusations, Zonszein does nothing so much as play into Israel’s dysfunctional culture of debate — exactly the culture she aims to expose.

Years ago, Amos Oz quipped that Israelis don’t kill one another, they excel at giving each other ulcers and heart attacks, from so much arguing. We make each other furious but we are not physically violent. This was before Emil Greenzwieg, a demonstrator at a Peace Now rally, was killed by a right-wing activist in the early 1980’s, and long after Ben-Gurion brought down the Altalena, killing dissenters from the right in 1948.

These terrible events were considered total exceptions to an Israeli culture of fiery debate and disagreement. When kibbutz historian and storyteller Muki Tzur takes you on a tour of the cemetery at Kibbutz Kinneret, he points to the two graves of two members who always argued kibbutz ideology; they are buried side by side. You can almost hear them decades later still in the heat of their never-ending discussion.

Or consider the story of MK Shulamit Aloni, a legendary leftist and secularist who once argued vociferously with an ultra-Orthodox MK and, getting nowhere, finally pleaded in exasperation: Weren’t both of us at the Revelation of Sinai even if I don’t believe it ever happened?

Before Israel’s television started exporting some of its ideas and successful shows, the one channel broadcasting in Israel offered a weekly news discussion program that felt like a modern day gladiator show. Guests were “thrown to the verbal spears” of permanent commentators. It was brutal and riveting. So, there is a culture — in the Knesset, in the newsroom, in public forums — of loud and rough debate.

But this past summer there were some troubling signs that the volume had been turned up — and not in a good way. Generally, the atmosphere in Israel’s public space is more aggressive, intolerant and, at times, violent. You can see it on the roads, in soccer fields, on buses, in East Jerusalem and in Haredi communities. Hatred and animosity are deepening and all current educational and public campaigns aimed at reducing these tensions seem to be failing. Jews are attacking Arabs, Arabs are attacking Jews, ultra-Orthodox are harassing women, and right-wingers are launching a crusade against left-wingers. Talkbacks on news sites and social media are full of rage and public discourse is often virulent, rude and outright mean. All of this is bad and needs strong and effective educational intervention as well as “zero-tolerance” law enforcement.

Happily, just recently the Knesset elected a new president, Ruby Rivlin, whose passion and mission is to preserve and strengthen Israel’s democracy and the rule of law. The Supreme Court continues to serve as a safeguard of Israel’s core democratic principles, as beautifully expressed in the Declaration of Independence. When the three mothers of the kidnapped and murdered Israeli boys let their humanity speak louder than any political agenda, they made us all stand together and for a moment the poisonous debate subsided.

Ironically, it is the public discourse in the American Jewish community that seems to us in urgent need of more tolerance for dissenting voices, with the emergence of a strong and articulate leftist voice.

In Israel, what we really need desperately is to change the culture, from aggression and intolerance, to listening and respect. With the stakes getting higher, we need to lower the decibels of debate and stop pointing fingers.

The left may have a better record of refraining from violence, but neither side is exempt from its role in Israel’s dysfunctional culture of debate. We should stop demonizing the other and agree that each side has a vested interest in the flourishing of a democratic Israel with a healthy civil discourse.

Elan Ezrachi is a Jerusalem-based consultant to international Jewish organizations. Naamah Kelman is a rabbi and the dean of Hebrew Union College-Jewish Institute of Religion.