Open Up Hillel to All 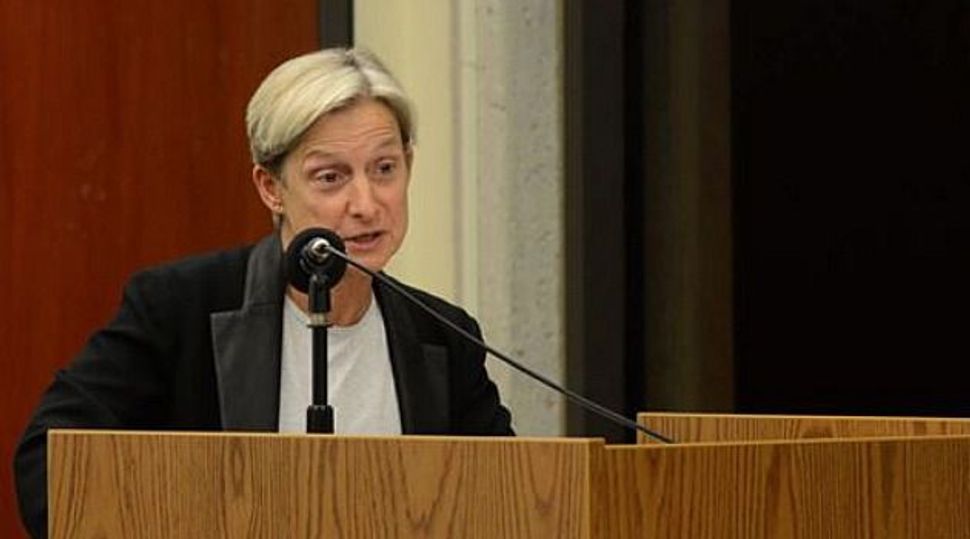 Image by courtesy of open hillel

(JTA) — Four rabbis are engaged in an animated debate about Jewish law. Three of them agree, but the dissenter is adamant that he’s got it right. He cries out: “A sign, God, I beg You, a sign!”

It begins to rain, but the three in the majority are not swayed. “Another sign, please God!”

The rain picks up and lightning strikes near the rabbis, but still the three refuse to budge. After another plea from the one rabbi, a voice thunders from Heaven: “Heeeee’s Riiiiight!” The three rabbis look at each other, not sure how to react. Finally, one responds: “Well, all right. So it’s three against two.”

Our disagreements are not a hindrance to communal existence but rather the source of an intellectual diversity. No matter the subject, it is precisely in and through these disagreements that Judaism finds its richest expression.

Open Hillel — a student-led campaign to change a Hillel International rule that, among other things, precludes it from partnering with groups that seek to change Israeli policies through nonviolent Boycott, Divestment and Sanctions (BDS) efforts — is hosting our first conference this week at Harvard. We are gathering because we believe that the principle of intellectual diversity ought to apply to our politics as well as our theology.

While our core demand is that Hillel International drop its so-called “Standards of Partnership” rules, our movement has much more to do with ensuring a Jewish future that recognizes the diversity of the Jewish people. Even among our organizers, there are many different opinions on Medinat Yisrael (the State of Israel). But we are united by our shared commitment to a vibrant am Yisrael, to a Jewish people that carries on the treasured communal, spiritual, prophetic and ethical values of Jewish tradition.

Jews do not think with one mind about anything, least of all about Israel-Palestine. The notion that speakers who hold particular views are dangerous to the vitality of the Jewish community serves only to demonize the diversity that is central to our future.

Many Jews believe that BDS is wrong-headed; many do not. Open Hillel’s call is for a Jewish space in which that conversation can take place, along with the myriad other contentious conversations our people have engaged in from time immemorial.

In his Oct. 8 JTA opinion piece, Hillel International’s president and CEO, Eric Fingerhut, inaccurately suggests that Open Hillel was founded “in order to provide a platform for organizations that promote the [BDS] movement.” In fact, our conference is designed to showcase the type of diversity and debate that Hillel’s “Standards of Partnership” do not allow for. We sent invitations to left-wingers, right-wingers, Zionists, one-staters, BDS supporters, Palestinians and Jews — and the list goes on.

Some of our attendees passionately oppose all boycotts. Others support a boycott of Israeli settlements in the West Bank, and still others support broader forms of BDS. There are bound to be heated disagreements, but these will only serve to stimulate our thinking and strengthen our core commitment to pluralism.

Our conference, where more than 300 participants are expected, models the kind of am Yisrael that we believe is most conducive to a strong Jewish future: one in which everybody has a seat at the table, whether you’re an anti-Zionist who’s shomer Shabbos or an oleh [new immigrant to Israel] who eats on Yom Kippur.

Evan Goldstein is a senior at Boston College and a staff writer for the BC Gavel. Contact him @egoldstein93.

Open Up Hillel to All