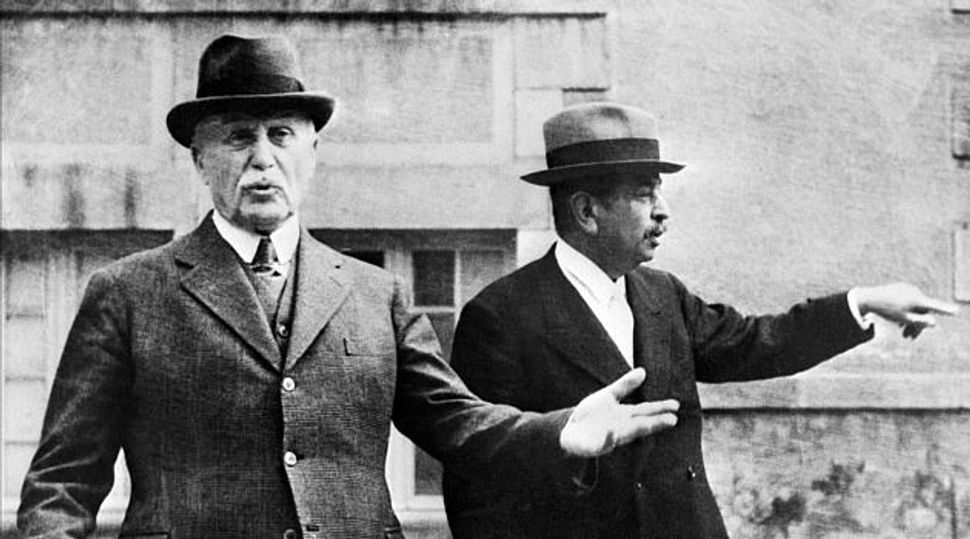 A glance at the current best-seller list in France reminds us that not only will we always have Paris, we will also always have Vichy.

Eric Zemmour’s “Le France Suicide” has just elbowed aside Valérie Trierweiler’s memoir of her (short) time as the partner of President François Hollande, “Merci Pour Ce Moment,” as the country’s best-selling book. While Trierweiler’s account pulls back the curtain on life at the Elysée Palace, Zemmour’s book pretends to expose the past 40 years of French history — 40 years, as his subtitle declares, that have undone France.

It’s an odd coincidence: Both books aim to set the record straight; both books trot out their villains, and both books are steeped in righteous anger. But there is one signal difference: Whereas Trierweiler seeks to rehabilitate her public reputation, Zemmour has much greater ambitions. He wishes to rehabilitate the reputation of Philippe Pétain and the Vichy regime, especially its role in the deportation and death of 75,000 French and foreign Jews during the Occupation.

This claim, unhappily, does as much violence to France’s past as it will to its future.

Zemmour, who is also Jewish, sports many hats — radio and TV personality, columnist for the conservative paper Le Figaro, writer and cultural critic — but the head supporting them has but one idea: France est en danger. Before we mount the barricades, however, we need to parse this warning. By “France,” Zemmour understands a nation where men are still men (only Bonapartists and Gaullists need apply), where women are still women (he damns the rise of feminism and despairs over the decline of masculinity) and where foreigners will always be foreigners — at least if the color of their skin is not white.

Indeed, when it comes to foreigners, voilà le danger. Zemmour has long polished his reputation as a provocateur by belittling the “political correctness” of the French left, with little love for the revolutionary trio of universal values of liberty, equality and fraternity. These abstract claims, Zemmour believes, have undermined the traditional values — work, family and nation — that made for France’s former glory. The French, he concludes, “no longer recognize France as their own country.”

The toxin poisoning France, according to Zemmour’s diagnosis, is the flow of immigrants from North Africa. This siege, moreover, can end only with the total defeat of one or the other side: Coexistence, much less existence as a single nation, is impossible. Citing de Gaulle, Zemmour declares: “The French and the Arabs are like oil and vinegar: Pour them into a bottle and they will separate.”

Like the right-wing National Front party, Zemmour has long argued that only French citizens should qualify for Social Security, health, disability and unemployment benefits. This is a racial as well as an economic necessity. In a recent televised debate, Zemmour insisted, “Without national preference, there cannot be a nation.” And for Zemmour, race and nation are one. In 2008 he informed one of his (nonwhite) interlocutors in another televised debate, “I belong to the white race, and you belong to the black race.” (A French court recently found Zemmour guilty of “incitation to racial discrimination.”)

In “La France Suicide,” Zemmour again praises “national preference,” this time citing the example of Vichy. With breathtaking culot — French for chutzpah — Zemmour affirms that Pétain’s reactionary and anti-Semitic regime “saved 90% of French Jews.” In essence, Zemmour argues that Vichy shielded the vast majority of French Jews by arresting and turning over refugee and foreign Jews to the Germans. This claim reveals a stunning absence of historical and moral understanding. Not only did Vichy strip tens of thousands of naturalized French Jews of their citizenship, but its battery of anti-Semitic laws, imposed without German pressure, laid the foundation for the subsequent arrest of French and foreign Jews.

Asked by the French journal Rue89 to comment on Zemmour’s claims, Robert Paxton, the American historian who has transformed our understanding of Vichy, was laconic: Zemmour’s argument “is perfectly empty.” Paxton is right, but he might have added a footnote: Had Zemmour, who himself is of Algerian Jewish descent, been born before World War II, he might have a different appreciation of Vichy’s defense of French Jews. 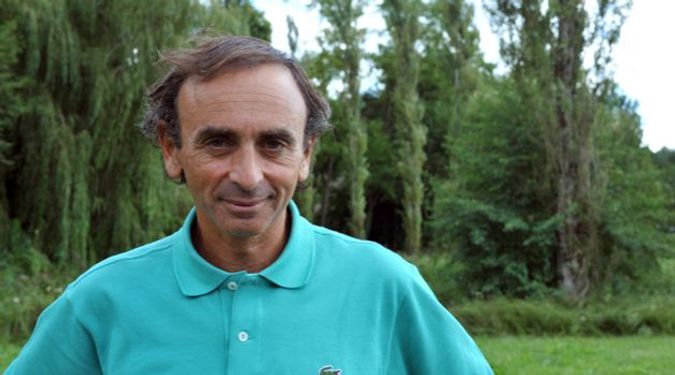 Rose-Colored Glasses: Zemmour has been accused of trying to rehabilitate a tortured moment in France’s past. Image by Getty Images