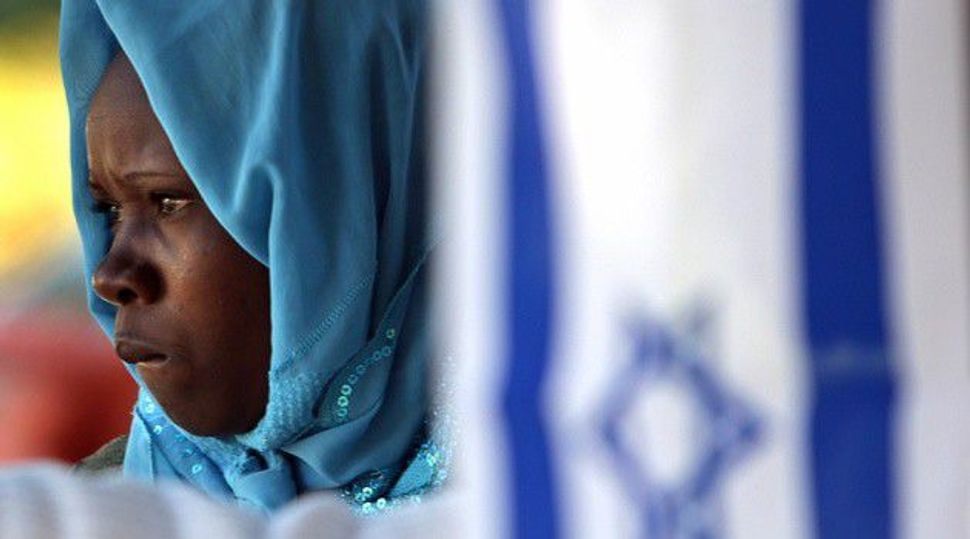 Nine workers at Israel’s Ben Gurion Airport lost their jobs yesterday because they refused to interact with passengers who arrived from Ethiopia.

The workers, contractor employees of the Israel Airports Authority, were asked to hand out Ebola information pamphlets to the Ethiopian Airlines passengers and to direct them to an area where they could have their temperatures checked. The workers were reluctant to do so out of fear that they would contract Ebola. They argued that they weren’t properly protected.

These nine workers weren’t the only ones afraid to come into contact with the passengers. They told Ynet that they were asked to perform the task only after the airport’s permanent employees refused to do it. The contract workers were threatened, and when they still insisted they would not perform the procedure, they were fired on the spot.

Eventually, cops stationed at the airport were the ones who agreed to undertake the procedure.

This incident follows a new directive that was issued three days ago. According to the latest decision, passengers coming to Israel from any country in Africa have to fill out a questionnaire and have their body temperature checked. This new protocol is an expansion of a procedure that included only passengers from countries with incidences of Ebola: Guinea, Liberia and Sierra Leon.

As part of the new protocol, even passengers coming from Cairo ¬— only about an hour flight from Tel Aviv — are getting tested, as they come from “Africa.”

Moreover, last week there was a massive training exercise at the airport that simulated the arrival of an Ebola patient in Israel. In Rambam hospital in Haifa, Ebola wards were set up and Sheba hospital just got approval from the health ministry to build a whole new isolated department for epidemic diseases, Ebola included.

These precautions came after a highly publicized meeting Prime Minister Benjamin Netanyahu convened 10 days ago, where he announced that Israel is prepared to stop the entry of Ebola patients into its borders.

Netanyahu went on to define these steps as “part of Israel’s general efforts to protect our borders from illegal infiltrators and terror.״

This is not the first time that African migrants and fear of contagious diseases are mentioned in the same sentence. Several officials and the Israeli media have made it a habit to associate epidemics with Africans who reside in Israel.

While he was still the interior minister of Israel, Eli Yishai said that African migrants bring in “a range of diseases such as hepatitis, measles, tuberculosis and AIDS.” Michael Ben Ari, while serving as an MK, rejected the idea of an Israeli girl going to school with African kids and said, “Who knows what diseases they carry. These are very serious viral diseases.”

In May 2012, prominent Israeli physicians warned that asylum seekers from Africa are “a real health time bomb.” Two months later Tel Aviv’s Ichilov hospital barred them from entering the hospital to visit family and friends in order “to minimize health risks.”

Concerns of terrorism are often mentioned with regard to African migrants as well. In mid-2011, the mayor of Eilat sent an urgent letter to the defense minister following the arrival of dozens of asylum seekers in his town. In his letter he argued: “Today they are infiltrators, tomorrow they are terrorists.” When Yishay formed a task force to deal with the “infiltrators problem,” it released a report that cited the risk of terrorism as a justification for removing and preventing the entry of African migrants.

Netanyahu declared war on those he defines as infiltrators and terrorists a long time ago. Throughout his term and especially in the past year we have witnessed just how excessive the means to pursue this war can be. Placing Ebola next to these two terms not only signals to Israelis that the Ebola threat to Israel is real and scary but also serves to remind them, once again, that the three are linked.