How Barack Obama Refuses To Learn From the Past 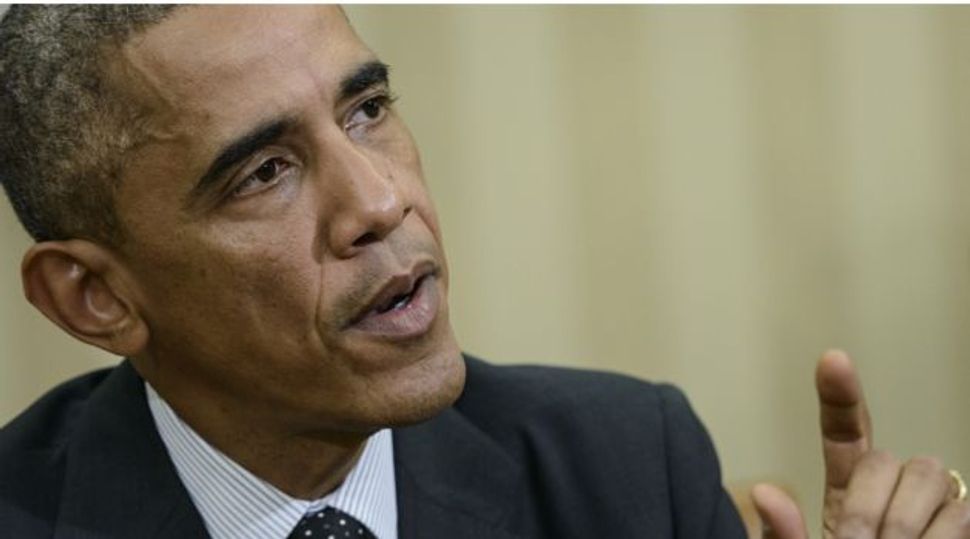 Today’s lesson is about the importance of learning from history. You know what they say: Those who don’t are doomed to repeat it and all that. What they never tell you is how important it is to learn the right lesson. Otherwise you’ll just follow your first mistake with a bigger one. That’s the part that trips us up.

France, for example, made two great mistakes during the 20th century. The first was going to war against Germany in 1914. (Germany declared war first, but only after France announced it would fight to defend Russia.) It was perhaps the bloodiest, most pointless war in history to that point. Much of it was fought, devastatingly, on French soil. France lost close to 2 million dead, about 4.4% of its population.

The second French mistake was deciding not to fight the next time Germany invaded, in 1940. Resisting the first time had been calamitous. They’d learned their lesson. How bad could it be to sit back this time and just let the Germans march in?

The late King Hussein of Jordan also made two big mistakes. The first was in June 1967, when he joined Egypt and Syria in their six-day war against Israel. He ended up losing the West Bank. The second was in 1973, when Egypt and Syria again fought Israel and Hussein sat it out. He’d learned his lesson. This time Israel took a beating before pushing back the invaders, and Egypt and Syria were each able to regain some of the land they’d lost in 1967. Not Hussein. In 1974 the Arab League annulled his claim to the West Bank and bestowed it on the PLO.

America has made two big mistakes so far in the 21st century. The first mistake was going to war against Iraq in 2003. Initially it was meant to retaliate for the September 11 attacks. But Iraq had nothing to do with 9/11 — that was Al Qaeda, which was Iraq’s enemy. Next the goal was to interdict Iraq’s nuclear weapons program. But there wasn’t one. Then it was to inspire other Arab peoples to overthrow their dictators. That part actually worked in the end, though not the way we’d hoped.

How big a mistake was it? Well, Ariel Sharon warned President Bush early in 2002 that if he invaded Iraq and removed Saddam Hussein, three things would happen: He’d get bogged down in a bloody, decade-long quagmire; he’d split Iraq into warring tribes of Sunnis, Shi’ites and Kurds; and he’d turn Iran into a regional superpower by removing its worst enemy, Saddam. (I heard this in identical accounts from three aides who were there — an American and two Israelis.) And that’s just what happened.

As for Al Qaeda, it managed to enter Iraq in America’s wake and set up a local branch, which eventually renamed itself the Islamic State in Iraq. You know the rest.

And our second mistake? That’s taken a long time to become evident. Learning from our first mistake, we went to the polls in 2008 and elected a president who was everything that George W. Bush wasn’t. Barack Obama was professorial, erudite and thoughtful where Bush was rough-hewn and inarticulate. He was measured, cautious, even-keeled where Bush was impulsive. Above all, he promised to extricate us from our long nightmare of failed Asian ground wars and never railroad us into another. No more boots on Asian soil.

Now, in 2014, the genocidal lunatics unleashed by our first folly are beheading and crucifying their way across two failed states, burying children alive and selling girls into slavery. They’re establishing a proudly medieval empire, using ultramodern weaponry — tanks, artillery, even jet fighters — they’ve seized from our feckless clients. But we’re not muddying our boots to clean up our mess. We’ve learned our lesson.

It doesn’t end there. Obama promised to learn the lessons of the Bush era at home, too. He vowed to transcend the poisonous divisions that paralyzed Washington and bring us together to tackle our crises — a broken economy, a broken healthcare system, a broken immigration system and, worst of all, a plague of cynicism that left us convinced our very governing system was broken and couldn’t fix anything.

Obama told us we were better than that. “We are not a collection of red states and blue states — we are the United States of America,” he said in his victory speech after the Iowa caucuses in January 2008.

The idea thrilled us. We gave him a landslide victory that November. He won not just the White House but commanding control of Congress, including a veto-proof 60-seat Senate majority. Here’s the baton, we told him. Lead us. Fix the economy so it doesn’t tank again. Put us back to work. Save our homes from a tsunami of bank foreclosures. Fix the healthcare system. Save the climate. We’ve let the fat cats trample us for too long. Get Congress working. Make like Harry Truman and give ’em hell.

Unfortunately for Obama, and for us, he believed his own rhetoric. He really thought he could end Washington’s trench warfare and inspire cooperation.

Boy, was he wrong. All it took was a determined Republican minority, a couple of conservative Democratic senators and hundreds of millions of dollars in relentlessly hostile messaging and lobbying to gum up the works. Climate legislation died in the Senate. Immigration reform never even got to the floor. Obama managed to bail out the failing big banks, but not the homeowners facing eviction. He passed a huge-looking stimulus that got the economy moving, sort of, but it wasn’t big enough to put millions of unemployed back to work. It ended up looking like a gigantic spending spree that bought little.

His victories hardly looked better: watered-down financial regulatory reform that few understood, and a health-care reform so hopelessly convoluted and so thoroughly maligned by the end that it made him less popular than ever. The result was his midterm shellacking in 2010. He lost the House of Representatives. Republicans took over 12 statehouses, letting them control those states’ congressional redistricting and voting rules, giving the shellacking a semi-permanent sheen. He won reelection in 2012, but with an asterisk: an unprecedented six-year-long lame duck presidency.

Thus it is that we approach Obama’s second midterms preparing to punish the president who promised to fix our problems and couldn’t by rewarding the folks who created the problems and prevented him from fixing them.

We won’t be fooled twice. We’ve learned our lesson.

How Barack Obama Refuses To Learn From the Past