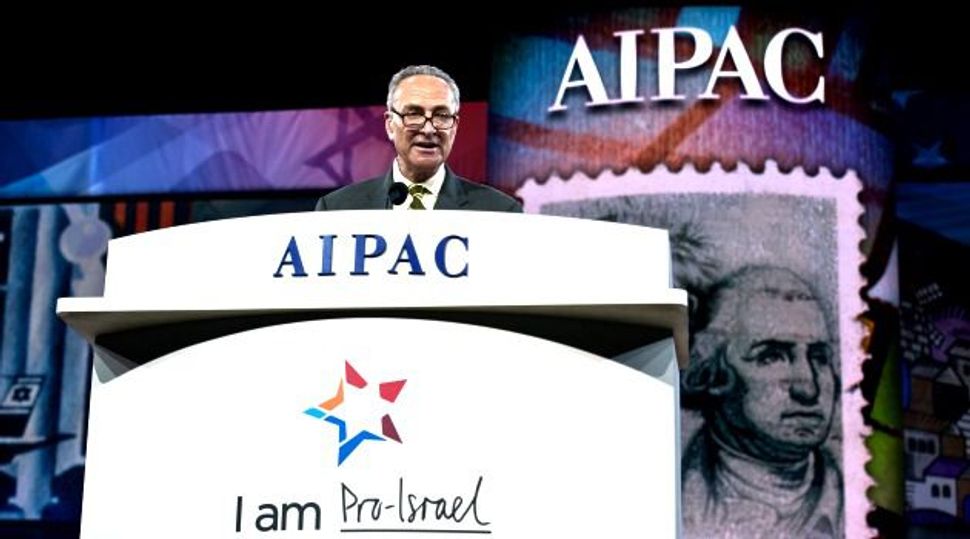 Jay Michaelson has it wrong. AIPAC is not, as he argues, anti-Israel.

Most of what the lobby does is focused on strengthening the bond between the United States and Israel — various aspects of this relationship, including the U.S.-Israel security cooperation — which is undisputedly pro-Israel.

But not only AIPAC. All American Jewish organizations that focus on Israel, including the ones on the extreme right, are pro-Israel. They support Israel, and they do so wholeheartedly. They care deeply about Israel, and they are deeply concerned about its future.

The deep disagreement between such groups and organizations such as ours (Americans for Peace Now) is not over who is more pro-Israel, who loves it more or who cares more about its future. The dispute — a deep and thorough dispute — is about Israel’s future. It is about the kind of Israel that we want to see. It is about what kind of Israel we are “pro.” Or, more precisely, what vision for Israel we support.

Those on the right, supporters of the status quo, want to see an Israel that effectively controls or even exercises full sovereignty over the greater land of Israel, the land of the Bible. They want Israel to hold on in perpetuity to the West Bank and East Jerusalem, sites that matter historically to the Jewish people. The more honest among them are willing to pay the price in terms of the erosion of Israel’s democratic character, in terms of Israel’s isolation internationally, in terms of its relations with the United States and American Jewry, and in terms of Israel’s relations with the Palestinians and the Arab world. They believe that peace with the Arabs is not only impossible but is not worth the price of giving up territory and sovereignty, is not worth the security risks. They believe that Israelis must therefore continue to fight to maintain the status quo. Like it or not, they say, Israel is destined to continue being a garrison state, fighting for its existence.

Our vision of Israel’s future is different. We believe that Israel can and must be both a national homeland of the Jewish people, a Jewish state, and a democracy. We believe that the only way for Israel to be both a Jewish state and a democracy is by ending the occupation, signing a peace accord with the Palestinians and normalizing relations with them and with the Arab world. Our vision of Israel is of a dignified member of the family of nations, which does not subjugate another people in perpetuity. Our vision of Israel is of a progressive, ethical state, which Jews and non-Jews worldwide can be proud of.

They believe that our approach jeopardizes Israel’s security. We, along with most of Israel’s top brass, including its six most recent chiefs of the Shin-Bet, as Michaelson correctly points out, contend that the only way for Israel to achieve lasting security is through peace agreements with its neighbors.

Israel will survive whether our approach prevails or theirs. The question is how. In what form is Israel going to survive, what will be its character, what kind of an Israel is it going to be.

They are willing to accept a garrison state, a pariah state, a state that either through its bi-national character or through its Apartheid-like nature perpetuates the conflict with the Palestinians, as long as this state enjoys effective control over the entire territory that is between the Jordan River and the Mediterranean. We are not.

Both right-wing and pro-peace organizations are pro-Israel. But the character of the Israel that each of us is “pro” is dramatically different.

Rather than questioning their pro-Israel credentials, ask the right-wingers about their vision. Ask them how they suggest that Israel hold on to the land but not to the Palestinians of the West Bank. When we pose such questions to settler leaders on Americans for Peace Now study tours to Israel, we get replies such as “Israel is the land of miracles, and we must pray for a miracle.”

Let people decide whether they support a vision of Israel whose wellbeing depends on prayers and miracles, or a realistic vision that pragmatically addresses the festering realities on the ground.

Ori Nir, now with Americans for Peace Now, previously covered Washington for Haaretz and for the Forward.