Is Exile Good for the Jews? 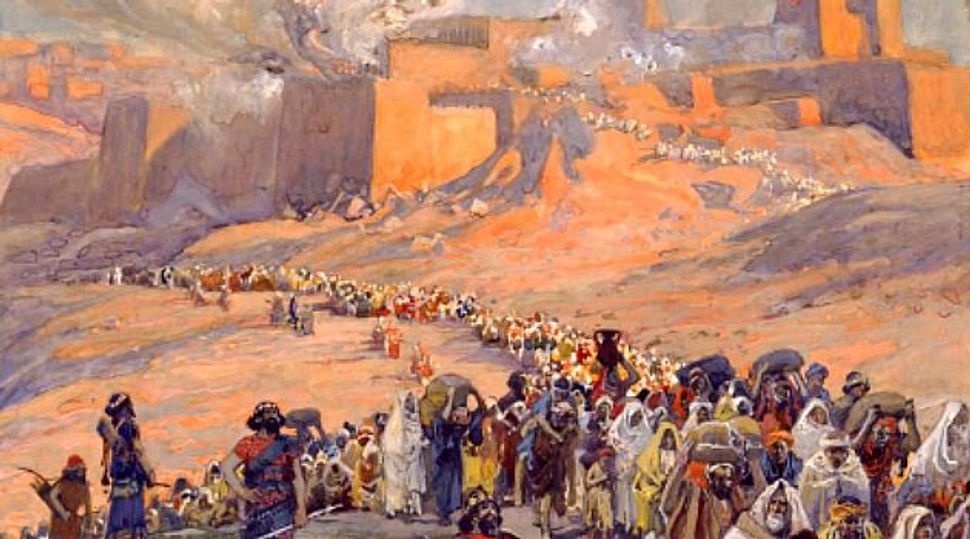 Is Exile Better? Tissot’s ‘The Flight of the Prisoners.’ Image by Wikipedia 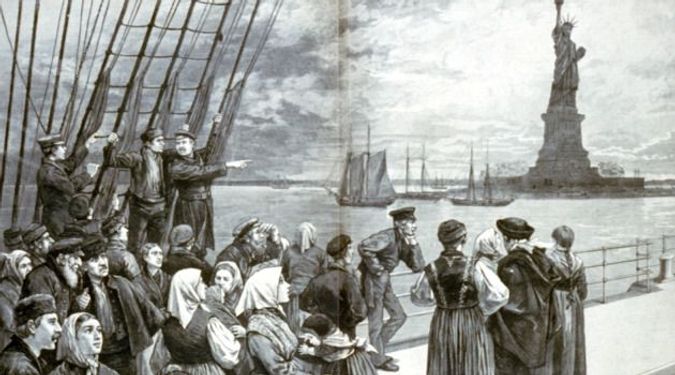 Is Exile Better? In his new book, Alan Wolfe argues that the Diaspora is a blessing in disguise. Image by Leslie's Weekly

The political scientist Alan Wolfe published his latest book about the Jewish diaspora, “At Home in Exile,” in late October, just weeks before Sheldon Adelson uttered his most recent outrageous remarks. Too bad. Adelson’s unfortunate rant would have provided another example to prove Wolfe’s point.

Adelson, the zillionaire philanthropist and businessman, is not known for temperate, nuanced speech, but even so, he may well have broken new ground on November 9 in a discussion about whether Israel can remain a democracy without agreeing to a Palestinian state.

“I don’t think the Bible said anything about democracy. God didn’t say anything about democracy,” Adelson opined during the first ever conference of the Israeli-American Council, an organization handsomely supported by his cash. “God talked about all the good things in life. He didn’t talk about Israel remaining as a democratic state, otherwise Israel isn’t going to be a democratic state — so what?”

Adelson’s remarks cannot be dismissed as the embarrassing rantings of an old, rich man who doesn’t have to worry about being diplomatic; he wields too much power in the Jewish community to be ignored or excused. His statement is contrary to the Israeli declaration of independence, the underpinnings of Israel’s special relationship with the United States, and the wishes of a majority of Israelis, who want to see their nation remain a democracy — never mind that it reflects a rather unique approach to Jewish theology.

But such beliefs are voiced by a minority of politicians on Israel’s far right, who view Israel’s Jewish character as far more important to preserve than its democratic one. They also are an extreme example of the garish Jewish particularism that makes liberals like Wolfe cringe.

The subtitle of Wolfe’s new book says it all: “Why Diaspora is Good for the Jews.” In it he argues that the Diaspora is a blessing in disguise, that Jews can enjoy vibrant, successful and secure lives in nations where they are and always will be a minority, and do not need the state of Israel to complete their identity.

Considering that half the world’s Jews don’t actually live in Israel, considering that I’m writing this from a comfortable place in that most Jewish of cities (i.e. New York), in an America where assimilation is far more a threat to the Jewish future than anti-Semitism — considering all that, the first part of Wolfe’s argument is impossible to deny.

Even the Israeli establishment has come to accept the reality that Diasporic Jews will not wither away if they don’t embrace the classical Zionist dictum to settle in the land of Israel. Visit, study, support, shop, love — there are many ways to maintain the centrality of Israel short of trying to buy an impossibly expensive apartment in Tel Aviv.

But Wolfe goes further. The Diaspora, he writes, is not just good for the Jews who live there, but good for the Jews who live in Israel. Diasporic Jews can actually teach Israel a thing or two. Not, in Wolfe’s view, the Sheldon Adelsons of the Diaspora, but those who live as a Jew and as an enlightened-someone-else — that is, a Jew with a universalistic sensibility, one that builds upon the liberal traditions of pluralism and the quest for social justice, a Jew whose identity transcends the confines of tribe and faith.

“Exile is not the enemy of the Jewish state; isolation is. Now more than ever Israel needs the universalism that isolationism abhors,” he writes. And later: “What Zionism once negated is what Zionism now most needs.”

Here’s where I part ways with Wolfe, whose decades of work studying and writing about American religion I deeply admire. Much as I wish Israel’s leaders would embrace more of America’s political pluralism — a wish made more fervent every time someone like Adelson opens his mouth — our ability to influence another nation’s policies and behavior is limited.

There’s something else that bothers me about the binary formulation that Zionism = particularism and Diaspora = universalism. It doesn’t take into account the attachment Jews feel for one another and the need for community — even, dare I say it, that squishy word “peoplehood” — that undergirds a Jew’s sense of being in the world.

Such attachment doesn’t have to take the form of Adelson’s crass particularism and unthinking solidarity. But it does require liberals to do something that many of us obviously find difficult: To privilege our own. To be able to say that Jewish tradition is special, that Jews should feel a responsibility to one another that does not negate our responsibility to the wider world but sometimes preempts it.

This makes many of us uncomfortable (and I’m including myself here). We are reluctant to privilege our own when it comes to our support for Israel, or how we educate our children, or who they marry. Our Diasporic embrace of universalism sometimes leaves us in so pareve a position that being Jewish is just another attribute, no more significant than where we live or how we vote, and not a guiding principle that we wish to see continued for generations beyond our own.

The sociologist and Forward contributing editor Steven M. Cohen put this in words on Facebook in a post written after attending the first Open Hillel conference last month. While praising the intelligence and commitment of the college students, Cohen said that as a progressive Zionist, he was deeply disturbed by this: “The most fundamental issue (or, ‘flaw’) was their absolute rejection of any sense of privileging their personal and group connection with fellow Jews, with the Jewish People, and with Israel.”

He continued: “Epitomizing the total rejection of any privileging of Jewish connection by these Jews to other Jews was a curious linguistic custom: The word ‘Israel’ was hardly ever mentioned without ‘Palestine’ immediately following. ‘Israel-Palestine’ was uttered so often that I almost came to believe that the two-state confederation had already come into being.”

Asking whether Jews can truly be at home in exile is actually a trick question. The easy answer is: Of course, and not just in the obvious sense of pointing to the relative prosperity and security enjoyed by American Jews and other Diasporic communities. “For those who remain scattered around the world,” Wolfe writes, “exile keeps alive a tradition far older than Zionism: a people who live among others not like themselves, conscious of their status as a minority, will inevitably develop a sympathy for the underdog.”

But exile can never grant us one thing: national self-determination. To paraphrase a brilliant essay on the “Zionism of liberty” by Israeli historian Gadi Taub, Israel was created to remedy the tragic choice between being a human being and being a Jew. The crux of Zionism, Taub writes, is “that you don’t need to be a Jew in your own home and deny your Judaism outside it.”

Diaspora Jews are always struggling to achieve that sense of wholeness, the balance between being human and being a Jew. I never want to lose the first identity, but the more at home we feel here, the more we risk losing the second. And we need both.

Is Exile Good for the Jews?