The Conflict, the Coverage — and the Tribalism 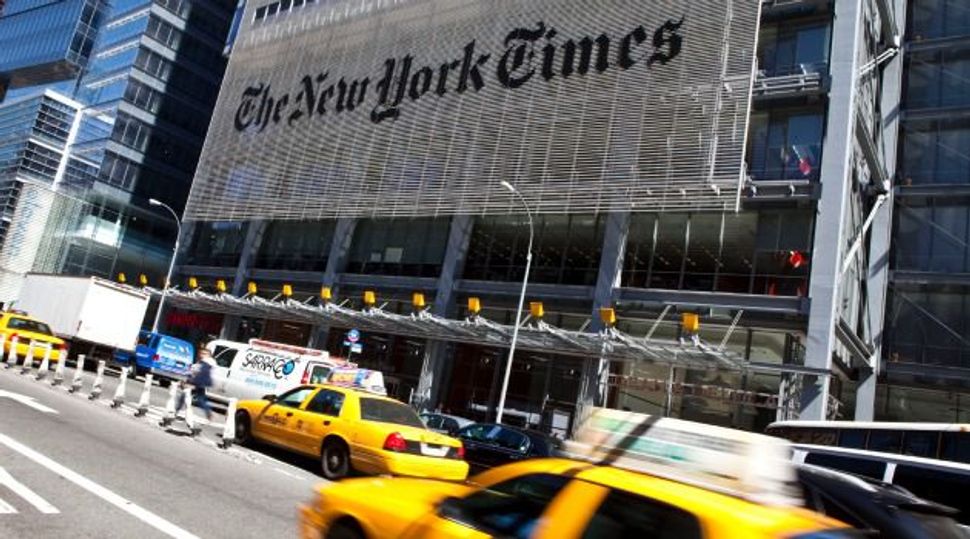 One of the most dynamic aspects of modern print journalism is the presence of a “public editor,” a designated staff member who engages with readers around issues of the newspaper’s integrity. In her latest revealing column, New York Times public editor Margaret Sullivan responds to readers’ critiques of the recent reporting on the Israeli-Palestinian conflict. And in so doing, she reminds us of the perils to democracy of bringing ethnic partisanship to bear when engaging in media critique.

Sullivan rightly points to the tendency by each “side” to want to see its own interests promoted via the media. Referring to the complaint the Times often receives that a given news article lacks “context,” there is a revealing line by Sullivan. Paraphrasing a senior news editor, Sullivan writes: “The Times does not hear this complaint…from readers who are merely trying to understand the situation.”

When I hear this incisive observation, I’m reminded of groups like Honest Reporting, whose website tagline squarely reveals that it is less devoted to making sure the media is “honest” overall than it is about “defending Israel from media bias.”(Ditto for the Palestinian side, whose advocacy arms — such as The Electronic Intifada — are at least more straightforward about their mission.)

The question which flows from this is what determines which Jews and which Palestinians (and their respective Diasporas) become “partisans,” as Sullivan puts it, and which members of these respective communities seek to position themselves above the fray, and in pursuit of objective analysis (however elusive) and perhaps of overall justice?

The Jewish community would do well to seriously contemplate this. I know that my attempts at objective analysis and critique via blogging and social media are frequently met with accusations by my fellow Jews that I am disloyal, or that by taking such a stance, I am causing them pain. I remain intrigued to understand what leads certain Jews to automatically be more tribal, and others to seek to break down the us-and-them binaries that themselves seem to foment conflict in the region. Understanding the sources of these differences — whether they are denominational, family-based, institutionally motivated, and so on — would help us better target our community resources in the service of tikkun olam (repairing the world).

Regarding the Palestinian side, you often hear the criticism that the Palestinians are less prone to collective self-examination than are the Israelis and the Jews. The question is whether this is due to a more brittle ideology, or whether, as I suspect, it is due to the disparity of power. The powerful can more easily in collective self-scrutiny.

Regardless of the motives of letter writers and general critics, though, we also need to ask whether these sorts of criticisms ultimately improve media integrity, or serve to indirectly infringe on a free and open fourth estate. On one hand, the marketplace of ideas demands that letter-writers write, and public editors respond, and bloggers reflect on it for further discussion. According to a marketplace-of-ideas logic, the truth is assumed to emerge from the pulling-and-hauling explicit in this iterative exercise.

On the other hand, we need to ask whether these critics are operating in bad faith. Consider this. Were these individuals and groups primarily seeking to burnish Israel’s image rather than to seek the objective truth, and if, by dint of special resources — think of partisan moguls like Sheldon Adelson — they were able to sway the debate starkly in one direction, both by force of collective complaint and perhaps by financial coercion in an already delicate media market, there might indeed be reason for concern about the health of our media.

What ultimately flows from all of this is whether it is in the Jewish community’s interests to see Israel painted in a good light, or to see peace emerge in the region. For Israel, the two would ideally converge, but we know that’s not always the case. If it’s peace that we’re seeking, then we need to seriously consider which Israeli policies are working and which are not. Hearts and minds can be shaped by an unvarnished view of the facts, and these domestic (or Diaspora) voices can serve to push for change. In this way, the media can and sometimes does serve not only as a conduit of the facts, but as a voice for justice. And if it is justice that partly motivates reporters, there may be a noble element inherent in the enterprise, but there may also be a confounding one: one reader’s justice may be another’s injustice. And therein lies the problem in today’s Israeli-Palestinian domain. Whose land, whose identity, and whose justice?

The Conflict, the Coverage — and the Tribalism