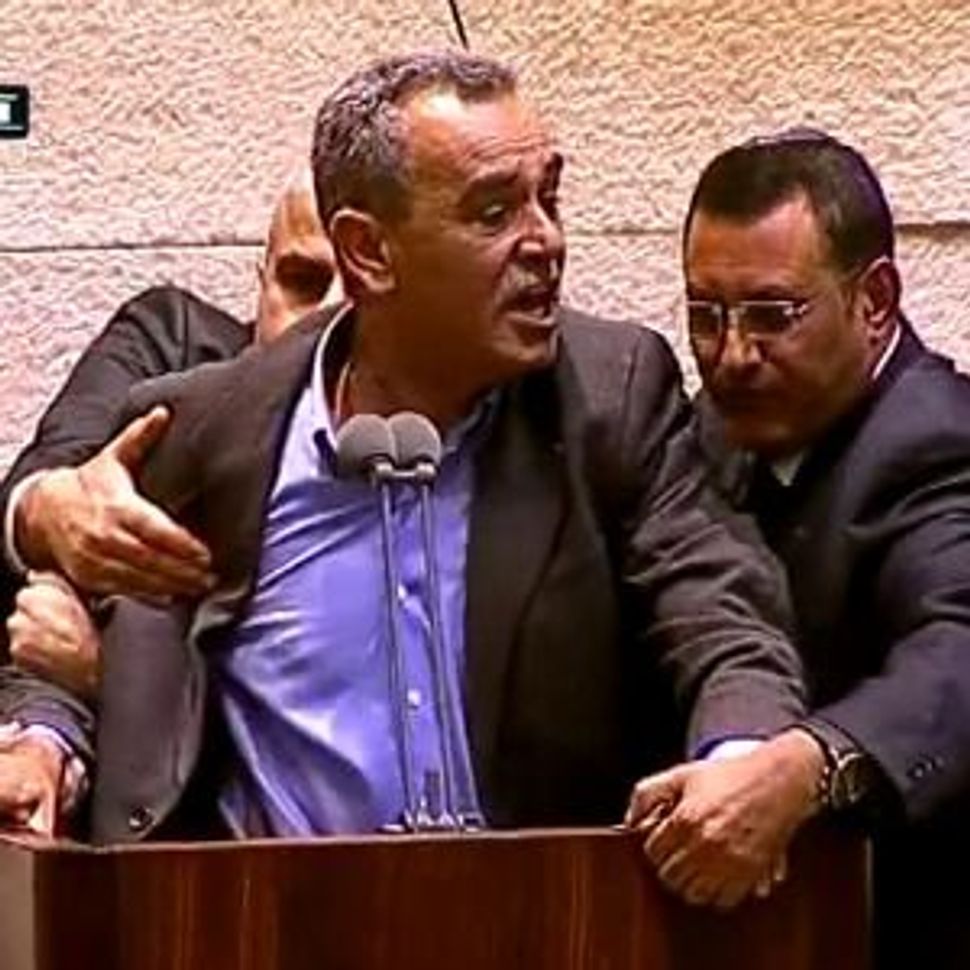 A Palestinian Knesset member, Jamal Zahalka (Balad), was forcibly removed from the podium and dragged out of the Knesset plenary today after he called Moshe Feiglin (Likud) a fascist.

Some parliament members have protested against the move. They stood up, yelling at Feiglin, who served as the Speaker of the Knesset for the day and made this call. When Zahalka was nearly outside of the plenary, Feiglin said he only meant for him to be removed off the stand. Zahalka was still escorted out but got back in a brief moment later to join the protest that had erupted and resulted in chaos.

Zahalka’s speech was about the new nationality law which, if passed, would define the state of Israel primarily as “the national homeland of the Jewish people” instead of “Jewish and democratic.”

Zahalka, chairman of the Balad party, quoted the Jewish philosopher Hannah Arendt and said that she criticized the idea of a national homeland for the Jewish people in 1941 when she argued that this would make the Palestinians second-class citizens.

After Feiglin, who refuses to acknowledge there are Palestinian people, interrupted with questions about his sources and exact terminology, Zahalka told him: “I suggest you read her. Of course you are in an opposite world from hers… She was anti-Nazism, anti-fascism — and you are a fascist.”

Feiglin ordered him to end his speech promptly, and when Zahalka refused, Feiglin called the security guards.

Watch the video above from the 2:05 mark.