Why I’m (Reluctantly) Voting Against BDS at Berkeley 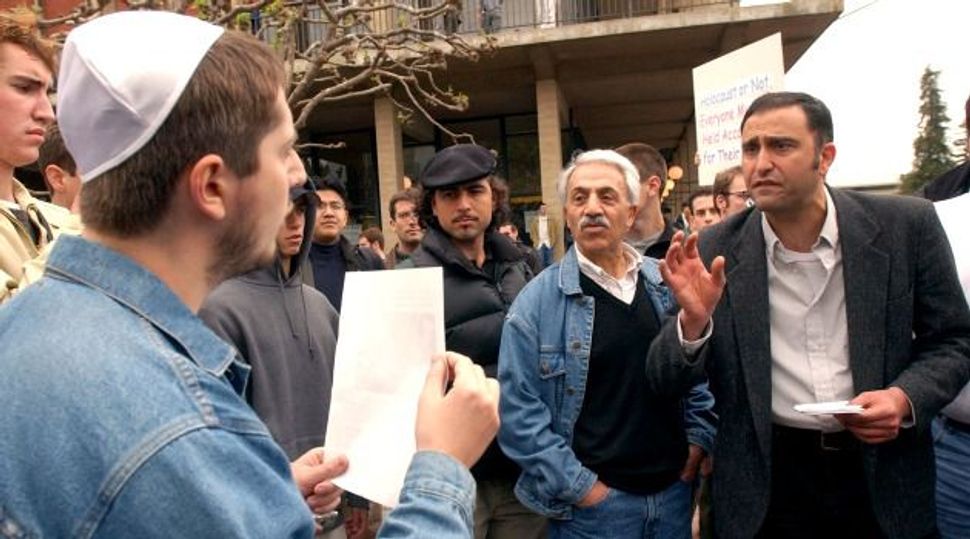 On Thursday, my union as a graduate student at Berkeley, UAW 2865, is going to vote on a BDS (Boycott, Divestment, Sanctions) resolution against Israel. I’m going to vote “no,” although I oppose the occupation and support selective, non-BDS branded boycotts targeting the occupation.

I vote this way ambivalently. The Israeli occupation is more than 45 years long and involves deep injustice, and it ought to be resisted. One may not oppose BDS without offering an alternative vision for ending the occupation — my vision involves selective boycotts, investment in progressive elements in Israeli society and politics, political lobbying in DC. But I cannot sign onto the BDS proposal, and I hope that other union members will also vote “no.”

Here’s why I don’t think BDS is a good path. First, I worry the boycott will be counterproductive. An academic boycott, in particular, is likely to hit hardest precisely the sector of Jewish Israeli society from which the most trenchant criticism of the occupation comes — and I find it hard to believe an effective institutional boycott will not have reverberations for individual academics, especially given the examples of cultural boycotts of Israel we’ve seen so far. Especially in the sciences, individual careers, collaborations and institutions are deeply entangled — but even in the humanities, the Palestinian Campaign for the Academic and Cultural Boycott of Israel (PACBI) boycott guidelines hit study abroad relationships, joint conference funding and so-called “normalization projects” (i.e., dialogue between Israelis and Palestinians that does not presuppose conformity to the BDS position).

On a larger level, perceived world hostility to Israel drives the Israeli right; when National Home right-wing politician Naftali Bennett posts a video of him hectoring foreign journalists, it plays very well. BDS may well create the hard-right, recalcitrant Israel it imagines already exists. And knowing that people like Bennett and Avigdor Lieberman are reaching out to partners like Putin and to the Hindu nationalist government in India, we in the United States and Europe need to think strategically about how to pressure the Israeli government without pushing it into worse configurations.

Besides, I think there are moral problems with BDS. (I am not really talking about anti-Semitism: reports of anti-Semitic rhetoric at Berkeley are frequent and scare me, but I haven’t experienced such personally and do not think it is primarily driving this resolution. Certainly, though, it would have been nice to have some internal discussion within the union’s resolution this summer about anti-Semitism and how it manifests, and the absence of such is striking.) The union’s resolution from this summer, for instance, discusses Israeli attacks on Gaza (which, to be clear, I opposed) without mentioning Hamas’s firing rockets into Israel, putting Israelis across the South under siege. You cannot condemn a massacre and not mention that it is part of a war — that is morally unhinged, and I can have no part of a movement that marches under such a flag.

Further, the broader BDS movement does not sign on to the agreed-upon, consensus solution under international law, which is a two-state solution. That’s what the U.N. has supported since Partition in 1947, that’s what Western European governments and the United States consistently support, and that’s the path forward. Indeed, one of BDS’s demands, the right of return to inside-the-green-line Israel for Palestinian refugees and their descendants from 1948, threatens the possibility of such a solution. I support a negotiated, political solution to the refugee question (as does Abbas).

Similarly, BDS fails to distinguish between the occupation of territories conquered in 1967, which really is a terrible, international problem, and questions of minority rights within the sovereign state of Israel. No doubt, there are problems of discrimination and citizenship in Israel itself — there are in democracies around the world. But those are not equivalent to the occupation, and the confusion of a fundamentally democratic Israel with a fundamentally undemocratic occupation is dangerous stuff. BDS activists are using our outrage at the occupation to attack a sovereign, democratic state that is — apart from the occupation — basically a good thing, and that could easily be replaced by something far worse. And cutting off American military aid to Israel (which the resolution calls for) won’t just impact the occupation — it’ll degrade the Israeli ability to respond to Hizbollah rockets, to protect against unfriendly neighbors (ISIS is not far away), and to maintain parity with a deeply hostile, increasingly strong Iran. That’s not right.

Finally, the question of double standards. I understand social justice movements pick particular targets for strategic, often local reasons. And I understand that Palestinian civil society put out a call for BDS, which isn’t true in other situations of oppression and suffering, such that comparisons are tricky. That said, Americans live at the center of an empire that’s fought two largely unjust wars in the last decade, occupying Iraq and Afghanistan with death tolls orders of magnitude bigger than that of Israel’s occupation in the same time. And that’s not to mention all our subsidiary, smaller bombing campaigns — nor the long, bloody history of prior American imperialism.

So where’s the direct action to end those wars, the blood of which is on our hands? Who are the American BDS activists willing to stop paying taxes, as Edmund Wilson did to protest American foreign policy during the Cold War? It’s easy to vote to boycott Israel; the country’s far away, there are few consequences for you. Well, that doesn’t sit well with me — if Israel’s misdeeds merit collective punishment (which boycotts, divestments, and sanctions are — make no mistake; these are a form of coercive force that, to the degree they’re successful, will be felt by ordinary Israelis regardless of their backgrounds or politics), well, then, what does the United States deserve? Where’s anti-colonialism when it might affect our daily lives here in America? The double standard that concerns me most is that we ourselves are deeply implicated in a system of imperial violence, and we’re choosing a way to expunge symbolically a relatively minor scapegoat, rather than confronting it where it really hurts.

Why I’m (Reluctantly) Voting Against BDS at Berkeley