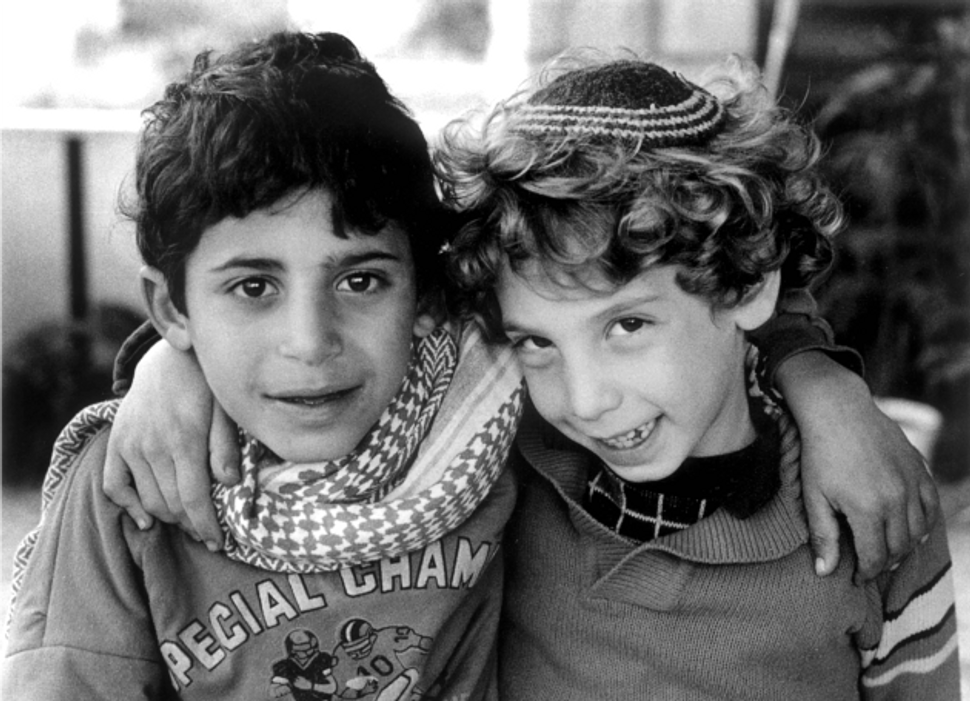 When I interviewed Ricki Rosen about her iconic — and completely staged — 1993 photo depicting a Palestinian boy and an Israeli boy, she reminded me of a similar picture taken by another Jerusalem photojournalist.

Debbi Cooper’s 1988 black and white picture is also of an Israeli and a Palestinian, but hers is real. In it, two young boys, one in a yarmulke and the other with a keffiyeh wrapped around his neck, smile shyly for the camera. Like Rosen’s photo, the picture has taken on a life of its own, and has been reproduced countless times, both with and without Cooper’s knowledge and permission. Today, the picture is an emotional topic for the 60-year-old photojournalist, who teared up when talking about it. “It makes me sad,” she said. “I just wish it could have brought peace.”

“We are in such dark times,” she added. “People come to me and tell me it gives them hope. But what do you do with hope?”

According to Cooper, the photograph was originally commissioned by the New Israel Fund for a full-page New York Times advertisement as the First Intifada was gaining steam. It was meant to illustrate the possibility of Jewish and Palestinian coexistence in wartime and was labeled with the caption “What’s Right With This Picture?”

Cooper had previously photographed dialogue groups in Israel and the Palestinian Territories, so it wasn’t a stretch for her to find two families who would be willing to appear in the photograph. She contacted Diane Greenberg, a longtime friend in Jerusalem’s Talpiot neighborhood who, with her husband, was active in the peace movement. Greenberg, an immigrant to Israel from Wales, arranged a meeting with a Palestinian family that they knew in Jerusalem’s Beit Safafa neighborhood. Cooper said that she spent about an hour with the families before she photographed their two sons, who had met for the first time that day.

Greenberg put me in touch with her son in the photo, Shmuel Greenberg, now a 33-year-old lawyer and father-of-one living in Tel Aviv. He said that the photo shoot felt natural because he had spent time with Palestinian families through his family’s activism. “Being around Palestinians wasn’t something that was weird or different or posed or something done for the camera,” he told me.

A current-day photo of Shmuel Greenberg, the Israeli boy in the original photo by Debbi Cooper

Attempts to reach the Palestinian boy in the picture, whom Cooper identified as Nazih Awad, were unsuccessful. Both Cooper and Diane Greenberg said that the family relocated to Jordan to pursue educational opportunities for the children.

Cooper told me that over the past 10 years she has heard from individuals who saw her iconic photo at their university Hillel office, on a Taglit-Birthright Israel campaign, in the New York City subway and even at the Vatican. In 2012, the popular file-sharing site Pirate Bay posted it on its homepage with the caption “The Peace Bay” and said it would not take it down until “true peace” was achieved in the region. (As of this writing, the image is no longer on the homepage.)

The photo has also been widely used by Stand With Us, a right-wing Israel advocacy group. Cooper said she granted the group permission to use it on one of their billboards. “I personally had to think long and hard about how people were using it,” she said. “I had to accept that it has a force of its own. It has a message — when you look at a picture like that, it makes you stretch your mind to think that [peace] is a possibility.” 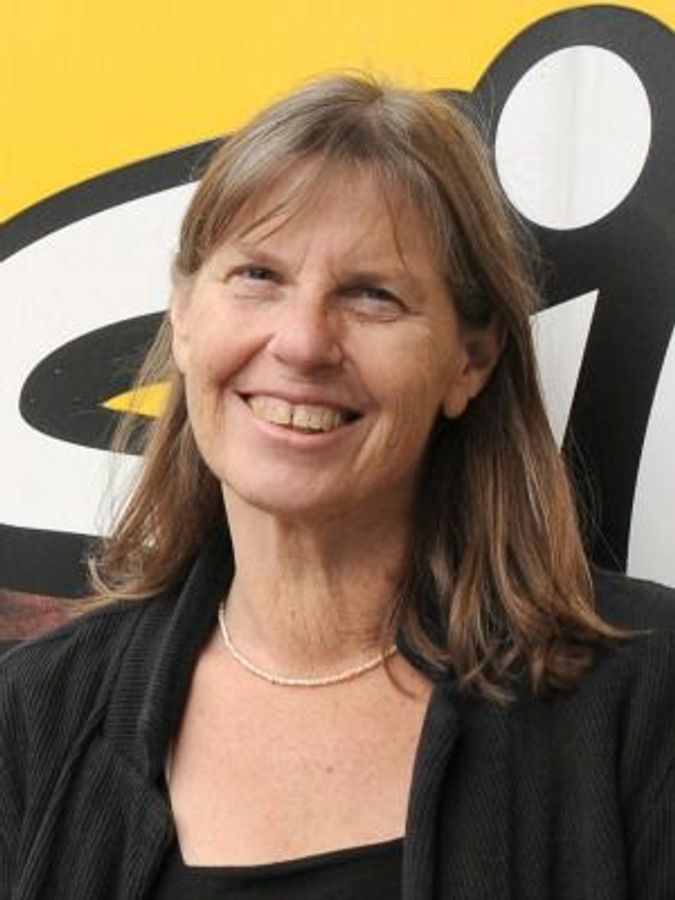 The photo has since become a Stand With Us mainstay in its “Billboard Wars” to counter what it describes as anti-Israel messaging in public spaces in cities such as Portland and New York City. In one billboard, the photo is next to a block of text that says: “SAVE GAZA FROM HAMAS/Teach PEACE, not HATE.” In another, the photo is flanked by text that reads: “Israel Needs a Partner for Peace/The Palestinian Authority Must Accept The Jewish State & Teach Peace, Not Hate.”

Shmuel, the Israeli boy in the photo, said that he was surprised to learn that his likeness was being used by the organization. He said that Stand With Us has run campaigns that are “pretty much the opposite of my personal opinions, or at least partly opposite.” He said he contacted the organization to share his thoughts on the Israeli-Palestinian conflict, but that he never heard back from the group. (Stand With Us’s executive director Roz Rothstein said she never heard from Greenberg.)

When we spoke, Shmuel was on reserve duty training solders in Southern Israel. He said he has no qualms about serving in the Israeli Defense Forces, but that he wishes the circumstances were different today. “It’s a depressing perspective, knowing that it’s been 25 years [since the photo was taken], and you’re talking to me now from my military reserve service,” he said. “It’s really surrealistic and ironic for me at this point.” He said that he took the photo with him when he first enlisted, as a way to remember his values.

Cooper said that she does not see the image as a relic from the past, because it was always aspirational, rather than a reflection of the situation between Israelis and Palestinians on the ground. “I guess I am hoping for a time when it is not an iconic image,” she told me. “I don’t look at that as a time that there were friendships. It was always part of hope rather than reality.”