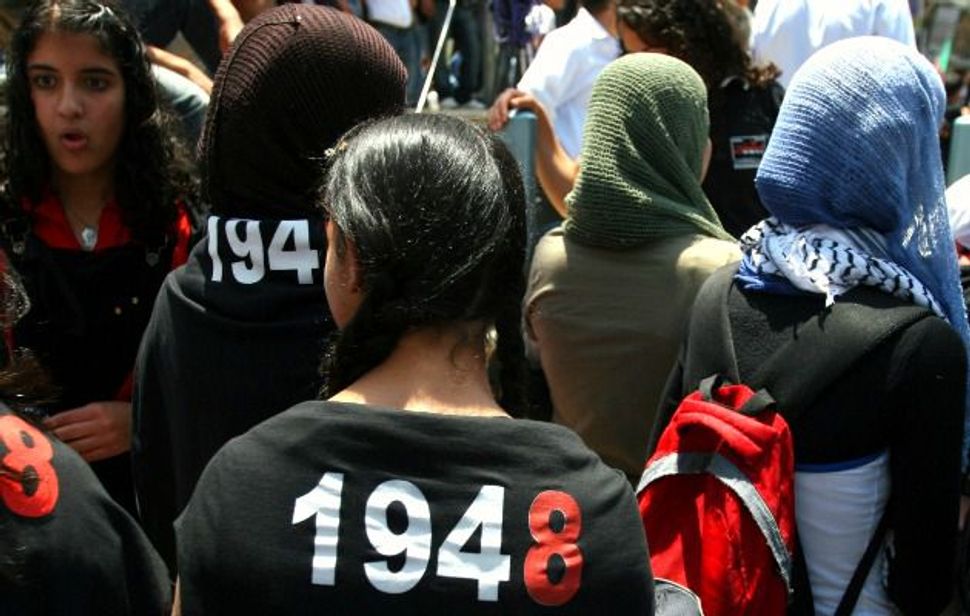 Is Israeli society ready to reckon with 1948? On Wednesday, Zochrot, an Israeli organization devoted to raising awareness about the Nakba — when 700,000 Palestinians fled or were expelled by Jewish forces during Israel’s founding war — held its first public “truth commission” featuring the testimonies of Israeli soldiers and Palestinian Bedouins who lived through the events of 1948 and beyond.

The commission, held in a hotel in Beersheba, focused on the Negev from 1948 to 1960. Zochrot was specifically looking at the David Ben Gurion-ordered conquest of the area to oust Egyptian forces in 1948 and the subsequent Israeli army deportation of Negev Bedouin through the 1950s. While Zochrot has taken hours of testimony on the topic in the past, yesterday’s event was the first of its kind open to the public, and a rare opportunity to hear from what the organization described as “witnesses.”

Zochrot’s mission for the day was complicated. Unlike other truth commissions, which typically take place after a conflict is resolved— most notably South Africa’s after apartheid — Zochrot’s occurred in spite of Israel’s ongoing conflict with the Palestinians and the lack of a resolution on the refugee issue. The commission had no state backing or sanction, nor did it have the power to bring about reparations, as master of ceremonies Dana Myrtenbaum reminded the audience several times. The audience members were not participants but spectators, only allowed to ask questions at the very end of the event. The witnesses were interviewed in front of a committee of human rights experts, with simultaneous translation in Hebrew, Arabic and English. And they remained unnamed so as to protect their identities in Israel’s current tense climate.

The witnesses recalled events that happened 60 years ago or more, and their testimonies were often long, complex and meandering, weaving in and out of chronological order. Many times, the witnesses spoke about what had happened to their people rather than to themselves as individuals, only to be guided back to their personal accounts by the interviewers.

Zochrot said that video of the event — with Hebrew, Arabic and English transcriptions — will be available in the next few months on its website. To get the full picture of the testimonies in all their poignant complexity, it’s worth accessing the recording. In the mean time, here are four highlights from the event:

1) The first witness was a Jewish fighter in the 1948 war, who was a member of an Israeli brigade in the Negev. Almost immediately, he rejected the premise of the event. “I understand there is a problem here that we basically ran off the Arab residents from their homes and I completely come out against this allegation,” he said. “Our brigade, or my brigade at least that participated in the Independence War, fought specifically only against Egyptians.”

The ex-fighter, now in his 80s, went on to describe several military ventures at the time, including the looting of Beersheba, which he said was partially carried out by members of his Negev kibbutz. Throughout his speech, he reiterated that he was not afraid to apologize, and that he would apologize had he felt he had done something wrong. This led one prominent Palestinian blogger, who uses the handle @BDS4Justice to tweet:

I’m at the zochrot truth commission on 48. Soldier giving testimony is unapologetic. Shows that this model is not appropriate #ICC4Israel

2) A Bedouin man from the Negev spoke second and described how his family home had been pillaged and looted in 1948. When his family members became Israeli citizens — even voting for the first Knesset — he expected that he would receive reparations for the damage caused to his family property, which included the loss of furniture, mattresses and beautiful linens, his mother’s prized possession. “Later we became citizens of the state of Israel that was then incepted, but the contents of our house were never returned to us,” he said. “Till this moment we have never gotten them back.”

He said that his family was ejected from its land in 1951 by Israeli forces who told them they would be able to return in six months. Six months turned into 60-plus years. When one of the interviewers asked him about a just resolution to the conflict, he said he did not want to opine on the Israeli-Palestinian issue. “I am not a representative of the Arab Palestinian nation,” he said. “I am a citizen of Israel but I am not a Jew. I am a minority that remains a minority, therefore I want my rights as a citizen. I don’t want my rights taken away or my land and property taken away. I want complete equality between me and the Jews.”

3) A second Bedouin man with a similar account of ejection in 1951 was asked to speak. But before he began, he entered into a long back-and-forth with the interviewer about the purpose of sharing his story without a legal process in place to adjudicate his claims. At one point he even rose from the podium out of frustration, preparing to leave. “The witness has to have an accused or a defendant before them,” he said. “Had we had that today it would be more powerful and forceful and would be better for the truth committee. You invited me to speak. Can a committee understand my rights or ensure my rights so I can continue to talk about the experience?”

The interviewer replied: “We are not a committee that is going to enact rights. We would like to hear from people what they experienced.” To this the witness said: “I have no problem telling you my story, but as long as the accused is not present and a judge is not present, the committee must take things most seriously and voice our testimonies to committees abroad and put it in their hands and then bring both sides before a judge.” The interviewer assured him that his remarks would be taken into consideration. “Sir, we are not a court of law. None of the broad public has heard your story,” she said. “Please don’t placate me,” said the witness. “I think I am saying very truthful things.” 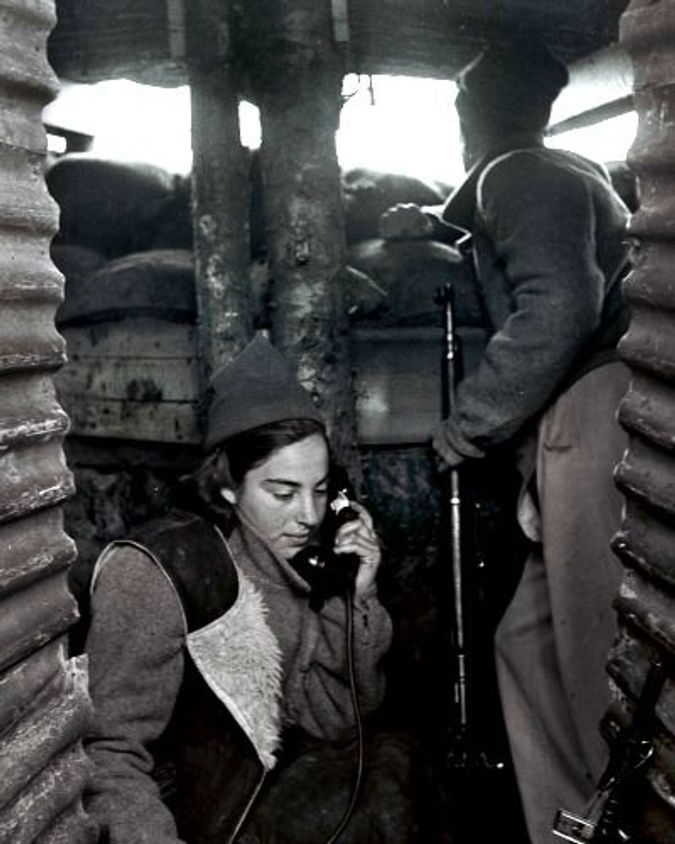 4) Another Jewish fighter said that like the first speaker, he was part of a Negev battalion in 1948. “But my experiences and my conclusions are totally different from his.” He recalled being given orders to evacuate and destroy villages in the Negev, painting a picture of what happened in broad strokes. “The policy was to expel as many people as we can in the north and the south, that was the policy of the government. I didn’t see it in my own eyes as a problem. We were children, we didn’t even understand what we were doing and we always were at risk. We were in constant danger. We knew that if we don’t win this we are going to be dead anyway.”

He said that his battalion did “things that were really ugly.” But when the interview pressed him, he refused to elaborate: “You are not going to drag me out with my tongue, I am not going to tell you,” he said. “Why should we bring out the ghosts of the conflict? We want to find a solution and a dialogue with the Arabs and not focus on what happened in the past. Now you have to look ahead.” Eventually, at the interviewer’s urging, he divulged bits and pieces of his story, sharing one anecdote about a fighter for the Jewish side — he insisted that the man was from abroad — raped and killed a Palestinian woman. He went to his company director seeking punishment for the man, but he said that he was brushed off. Like the Bedouin man who testified before him, he expressed skepticism at where Zochrot’s efforts that day would lead. “All injustices have to be rectified. How to rectify them? I have no doubt that this organization can’t solve these problems.”