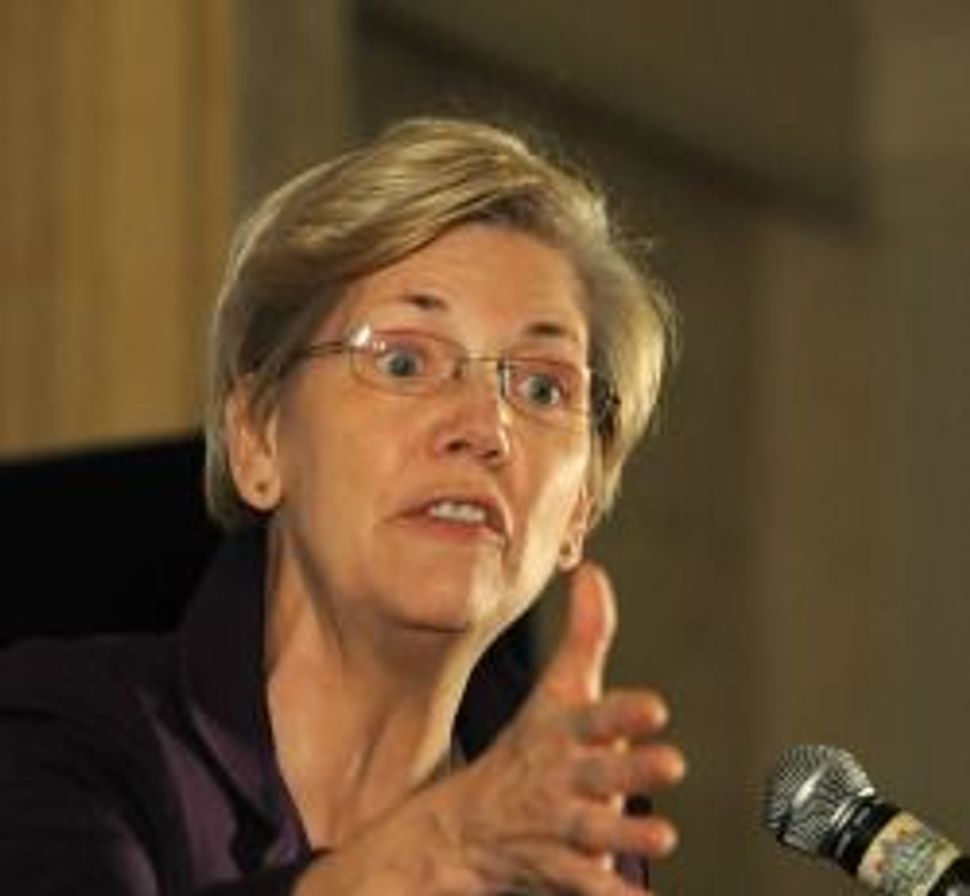 She talked about the millions who lost their homes and jobs and are now about to have their tax dollars put on the line to bail out the banks again the next time these gambles explode. She quoted Teddy Roosevelt on breaking up the big trusts because they had too much power — not too much economic power but too much political power. And she asked how we got to the point where the big banks could now sneak through such a crazy provision, something that overwhelming majorities on both sides are opposed to, and attach it to a bill that we need simply to keep our government operating.

One of the most stirring Senate speeches in memory. I’ll post the video as soon as it’s available.

She is cosponsoring an amendment with Republican Senator David Vitter of Louisiana to strip the provision from the bill. Not clear that Majority Leader Harry Reid will allow a vote on the amendment. Reid “filled the tree” — that is, shut off further amendments, at least for tonight. Some senators hope they’ll have another chance to raise the amendment tomorrow. President Obama is going all out for passage of the bill as is.