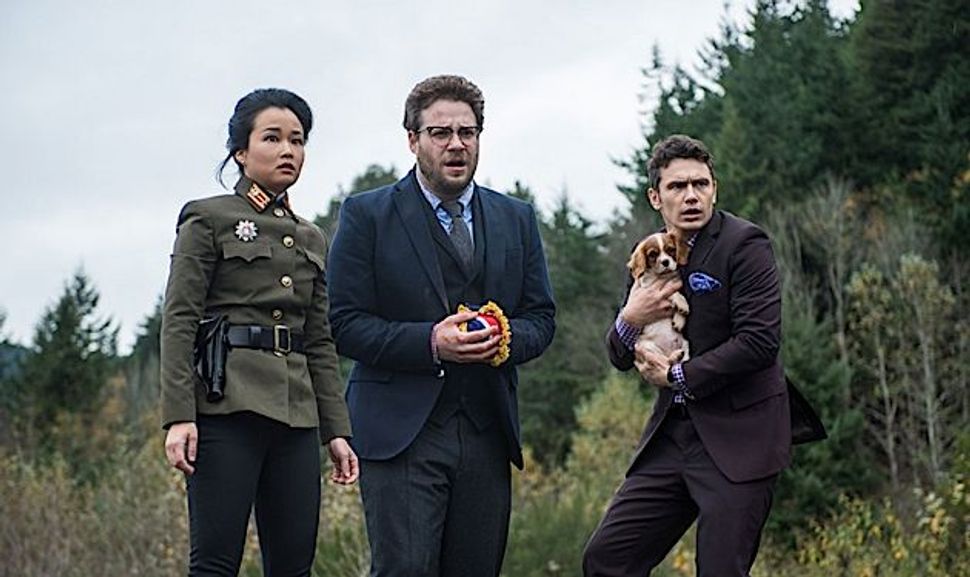 (Reuters) — Moviemakers strive to outdo themselves with fantastic plots, super-heroes and special effects. But the hack of Sony Pictures Entertainment this month proves that, even in Hollywood, reality is still stranger than fiction.

U.S. officials have now determined that North Korea was behind the devastating cyber attack. The rogue nation is also linked to the terrorist threats against any movie theaters that show Sony’s “The Interview,” a comedy-thriller about a U.S. plot to assassinate North Korea’s 31-year-old supreme leader, Kim Jong-un.

Hollywood’s vulnerabilities also pale beside the broader national-security issues raised by the scale of the attack. Kim has thrown down the cyber gauntlet and the question is: What is Washington’s response?

The Obama administration has already sounded the alarm about the shortcomings in U.S. cyber defenses. Testifying this year before Congress, Admiral Michael Rogers, chief of the U.S. Cyber Command and director of the National Security Agency, warned about the growing dangers. The Defense Department, he emphasized, has limited ability to protect the country in this area. Rogers called for wide-ranging action, including investments in advanced technology to protect both business and government infrastructure.

But Sony’s misfortune spotlights the need for a response that goes well beyond building better defenses. Given its past response to cyber attacks, the Obama administration’s likely action – diplomatic protests that call out North Korea for wreaking tens of millions of dollars in damages at Sony – isn’t enough.

Allowing North Korea to hack a prominent U.S.-based subsidiary without paying a price all but invites China, Russia and Iran – already cyber adversaries known for their economic espionage, crime and cyber-war programs – to up the ante in their attacks.

Equally important, giving Pyongyang a pass would be costly in Asia. It raises questions in Seoul, Tokyo and the capitals of other allies about U.S. credibility in dealing with provocations from North Korea, the region’s leading security concern.

In deciding what to do, history should be a guide. The Kim dynasty has made criminal activity integral to its statecraft – and the Sony hack fits right into the regime’s clandestine repertoire.

Since the 1970s, North Korea’s mafia-state has used its embassies, intelligence services and front companies to counterfeit U.S. dollars, sell heroin and methamphetamines, manufacture and wholesale bogus pharmaceuticals, smuggle African ivory and peddle weapons, to mention only a few of its business lines.

The revenues not only fund the elite’s luxury lifestyle, but also North Korea’s nuclear-weapon and ballistic-missile programs. When caught red-handed, Pyongyang has backhanded international condemnation. In the case of a diplomatic scolding for North Korea over the Sony cyber break-in, it’s only prudent to expect more of the same.

Where the regime is vulnerable, however, is its pocketbook. The U.S. Treasury Department last year hit North Korea’s Foreign Trade Bank with sanctions because of its role in moving funds for the North’s nuclear-weapon program. Like the impact in 2007, when Treasury officials sanctioned Banco Delta Asia, North Korea’s illicit money-laundering hub in Macao, the latest U.S. sanctions struck home in Pyongyang.

The Chinese, Kim’s only benefactors, ordered a freeze on North Korean accounts. Beijing cut financial ties with the sanctioned bank to protect China’s access to the U.S. banking system.

North Korea has some work-arounds but the lesson is clear. Financial sanctions bite – hurting Kim and his inner circle in their most sensitive spot.

In sending a message to Pyongyang, the Obama administration should examine a recent Brookings Institution study to identify candidates for targeting. Over the past 20 years, according to Brookings, the Kim dynasty has enriched North Korea’s elite by shifting the job of distributing counterfeit drugs, cigarettes and other illicit products into members’ hands.

China, due to geography, figures prominently in moving the illegal goods and in laundering the financial proceeds. The plot may be “back to the future,” but slapping broad financial sanctions on the banks used by Pyongyang’s criminal entrepreneurs would make an unambiguous point to Kim and his inner circle: When it comes to Hollywood, the only cost-free cyber attack is in Fantasyland.

Kent Harrington, a former senior CIA analyst, served as national intelligence officer for East Asia and chief of station in Asia. The opinions expressed here are his own.