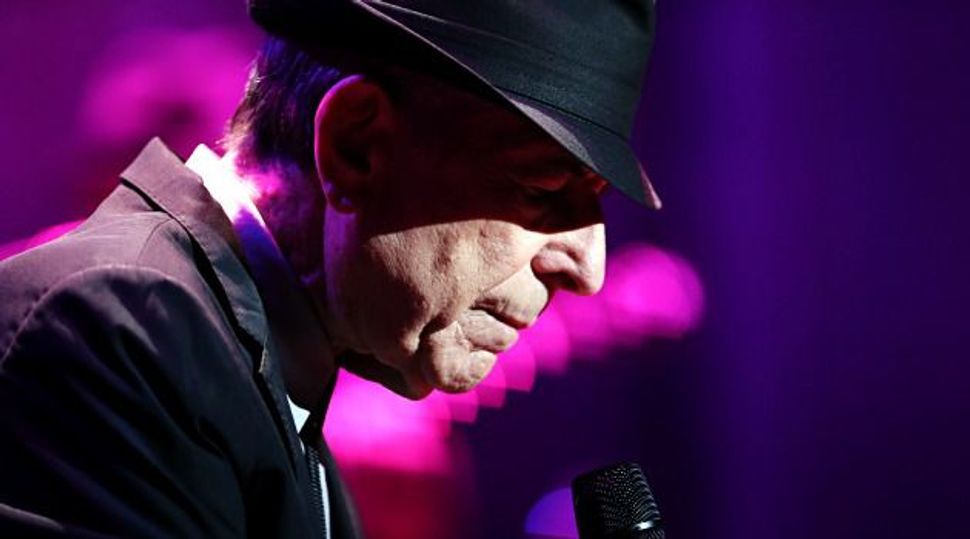 Have you heard the Christmas version of Leonard Cohen’s “Hallelujah,” a recently released YouTube sensation by Kansas-based band Cloverton? Well, I have, and I hate it. But not for the reasons you might think.

Am I pissed off — as many Jews appear to be — on Cohen’s behalf, because he’s Jewish and these musicians have “converted” his lyrics, turning the song into the Christian story of Jesus’ birth? Of course not. Anyone who knows Cohen knows that his Judaism is not the tribalist sort. For him, music transcends religion. It’s spiritual, but only in the sublime sense; he couldn’t care less about thou-shalt-and-shalt-not Judaism, and he couldn’t care less about members of another religion making a spin-off of his song. That’s why he and his record company, Sony Columbia, gave Cloverton permission to do just that.

Am I offended, then, because the remake replaces Cohen’s references to the “Jewish” Old Testament with references to the New? Of course not. The Old Testament isn’t just a Jewish text; it’s a core part of the Christian canon, too. So if Christian musicians want to swap out allusions to one of their texts for allusions to another, spinning them into a new song, I have zero problem with that.

Unless, of course, the new song sucks. Which this one does.

It sucks because it’s intellectually bankrupt and aesthetically insipid. Because it strips away everything great about Leonard Cohen in general and “Hallelujah” in particular. Because it replaces a subversive, often sexual spirituality with a sanitized, feel-good version that is just so much less interesting.

Take a look at the original lyrics. Cohen alludes to the biblical King David — the baffled king composing Hallelujah. His faith was strong, but he needed proof. He saw Bathsheba bathing on the roof; her beauty in the moonlight overthrew him. He thinks maybe there’s a God above. It’s not about somebody who has seen the light. They say he took the name in vain but he doesn’t even know the name!

See? The whole song is about someone who’s off-kilter, who’s filled with doubt, who’s profoundly and perfectly impious.

Now replace this beautiful complexity with Cloverton’s rendition, which begins, “I heard about this baby boy/Who’s come to Earth to bring us joy/And I just want to sing this song to you.” All the sexiness and struggle are gone; we’ve traded them in for a “host of angels,” for “frankincense and myrrh.” Excuse me while I fall asleep.

Watch the two videos and play a little game of compare-and-contrast with me, and this will become even clearer. See the facial expressions on the musicians and audience members in the Cloverton version? They’re earnest as hell, but very peaceful, very pious. They look downright comforted.

Now watch Cohen’s face when he’s singing this song. See how his expression is troubled, almost tortured? That’s because he — and his lyrics — are actually struggling with something. There’s no comfort here, just that magnificent “maybe.” Just seven glorious minutes of painful inner conflict. And conflict, as we all know, is what makes art interesting.

Leonard Cohen gives us a cold and broken Hallelujah. Cloverton gives us a warm and wholesome one. You choose.