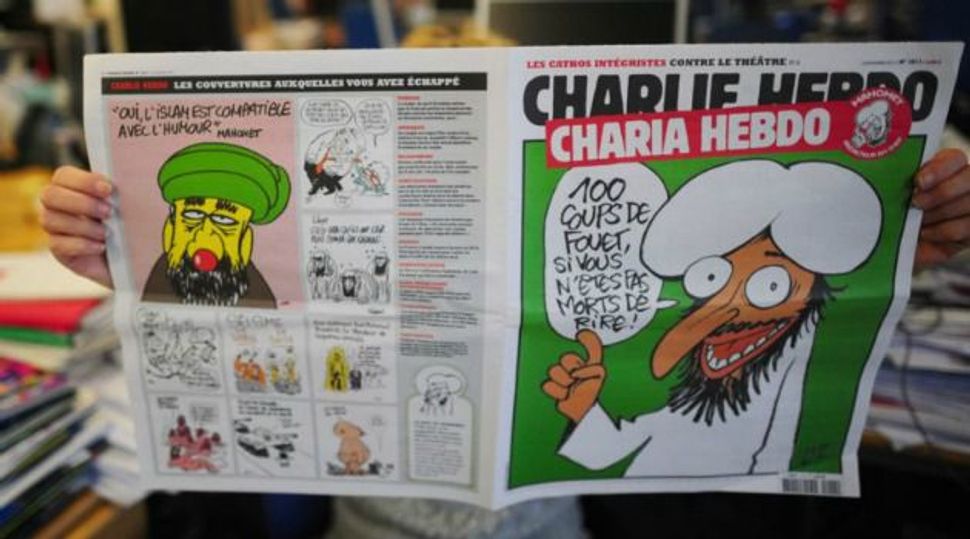 I’ve had a swirl of emotions in response to the attack on France’s satirical newspaper, Charlie Hebdo, which has left 12 dead, including many of this generation’s greatest cartoonists. I’m raging at the brutality of the act and find myself utterly incapable of getting anywhere near an understanding of a worldview so insecure that it would prompt murder at the slightest sound of a giggle. But there’s another thought too: Would Charlie Hebdo have been so dangerous to these extremists if it had only existed online?

If you’ve worked as a journalist or editor at a print publication over the past few years, you understand a certain unavoidable feeling of irrelevance. One question — “But who’s reading it? — very often gets plunked down in newsrooms or over drinks after the paper has been put to bed (remember that expression?). It’s not just that analytics allows us to see, literally, who is reading us online, whereas print doesn’t afford the same precise insight. It’s also the sense that fewer and fewer people are actually sitting down with a newspaper or magazine in physical form.

I’m not engaging in simple nostalgia. There are wonderful reasons that I don’t need to enumerate here — online! — for why the new means of communicating news and opinion are an improvement. But when I think about what is lost by going online, it’s the sense of presence that print provides, of being right in front of your face with no chance at clicking elsewhere. Charlie Hebdo in its oversized format and its huge cartoon covers revels in print. In its aesthetics I can’t think of any American publication quite like it in the last twenty years — not since magazines like Life or Andy Warhol’s Interview ceased printing at such gargantuan dimensions.

Would its depictions of Mohammed have rankled so many in the Muslim world if they had been only online? I don’t really know. But it’s certainly true that the troubles for cartoonists over the last few years, beginning in 2005 with the printing of caricatures of Mohammed in the Danish newspaper Jyllands-Posten, seem to have begun when the cartoons appeared on paper. And Charlie Hebdo, as I remember the magazine from my days living in Paris almost two decades ago, is a sort of advertisement for itself, with the cover caricature so large that it’s unavoidable as you walk past any newsstand.

That quality of print, always a cousin to the book, in all its solidity and self-importance, in this case resulted in these horrific deaths. We should remember that power today. The medium still distinguishes itself from online journalism by not seeming ephemeral, by looking and feeling like something that was made to last, to shock, to be looked at and — as the French would say — digested. Sadly, it’s also a medium that, when upsetting the hair-trigger sensitivities of zealots, can lead to a massacre.