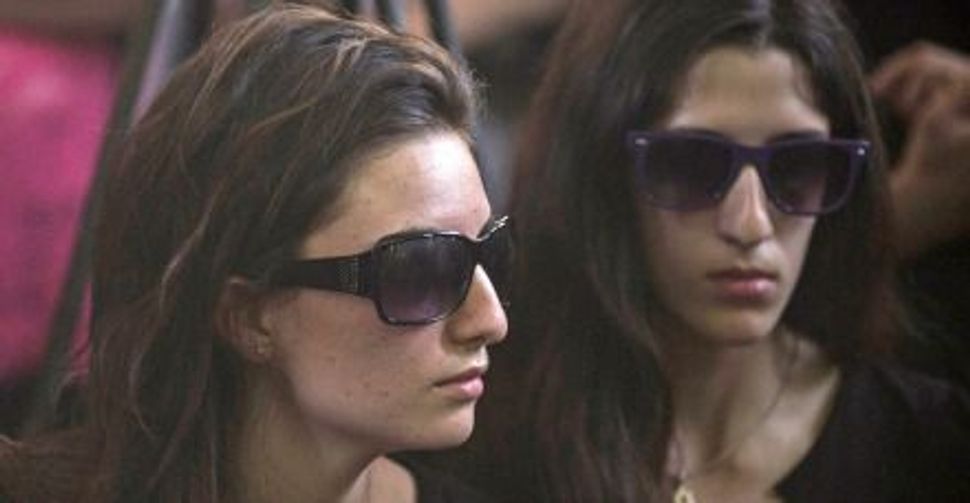 Relatives mourn during the funeral for Emanuel and Miriam Riva in Tel Aviv, Israel / Getty Images

I spent my weekend glued to the television. Even if I’d tried, I couldn’t have taken my eyes off the images of Paris: that kosher supermarket and that video of a policeman on the ground getting shot in cold blood that played over and over again on all the Israeli channels.

Perhaps the reason why it deeply touched me is because I work in television news and I live through such events way more intensely than other people. Or perhaps it’s because France is the country I grew up in from age 11 to 18. It’s where I got my elementary and high school education, and it’s the place I called home up until five years ago.

Since I moved back to my real homeland, Israel, I admit that I have distanced myself from France. Not all my memories from there were good. But still, much of who I am today I owe to France and French people. Seeing their sorrow, their horror and their pain made me feel close again.

Israelis have always felt misunderstood by the French, as far as I can tell. After September 11, many said that countries like France would only begin to understand what Israelis go through on a daily basis after something like that happened to them.

Well, many are now describing the events of the past week as France’s own September 11. But today, no Israeli thinks for a second that gaining that understanding was worth the cost of 17 lives.

Horror and grief are the only words I can think of to describe what we feel in Israel over the attack on the satirical newspaper Charlie Hebdo, the policewoman who was shot and the deadly siege in the kosher supermarket in Portes de Vincennes.

The local television coverage reminds me of this summer, during Operation Protective Edge, when red breaking news banners scrolled across the screen incessantly. Now, on TV, I watch the equally unceasing news crawl by, even as panelists debate whether or not the events in Paris have made enough of an impact to catalyze a change in France’s attitude toward Islamist terrorism — not just in Europe, but here in the Middle East, too. Many are arguing that it hasn’t. But having grown up in France, I disagree.

The Charlie Hebdo attack brought so many people to the street for a reason. It struck one of the core values of French society: freedom of expression. We must not forget that this is a country that has fought for decades for such rights: freedom of speech, freedom of the press, human rights, women’s rights and worker’s rights.

It used to annoy me how many times a week my fellow French citizens took to the streets to protest every little thing they thought was unfair. But I guess it’s the spirit of the French revolution, still alive and kicking, even after all these years. So when two masked men killed 12 journalists in one of the most popular satirical magazines in the country, it was as if they had killed the very thing that makes French people French.

I remember learning about the famous French comic strip artist Jean Cabu in school. We had a whole class on satire one day. The teacher gave us one of his cartoons and we analyzed it and its message. Cabu and his colleagues at Charlie Hebdo were and still are the embodiment of the French mentality.

It’s true, there have been terrorist attacks in France before. But it’s safe to say the Charlie Hedbo massacre will go down in history as the most horrible of all.

People were just starting to get their heads around what had happened at the magazine’s offices when the kosher supermarket siege began. It was like a bad dream that everyone was waiting to wake up from, but that just kept on going. It still is for many of my Jewish friends in France.

The fact that the supermarket hostage crisis came in the same wave of attacks as the Charlie Hedbo shooting showed everyone that this terror is aimed at everyone. This isn’t a fight between two communities — it impacts France as a whole.

Israeli Prime Minster Benjamin Netanyahu has just encouraged French Jews to make aliyah. It feels like he’s preaching to the choir. Everyone I’ve spoken to in Paris is already planning their move.

It’s sort of ironic that Israel — which has its own terrorism problems — seems safer to French Jews than France does. Ironic, or maybe just plain sad.

Every country has its problems, and perhaps Israel has more. But for many Jews in Europe today, nothing is scarier than the prospect of being isolated from your people, the Jewish people, when the problems really start to pile on.