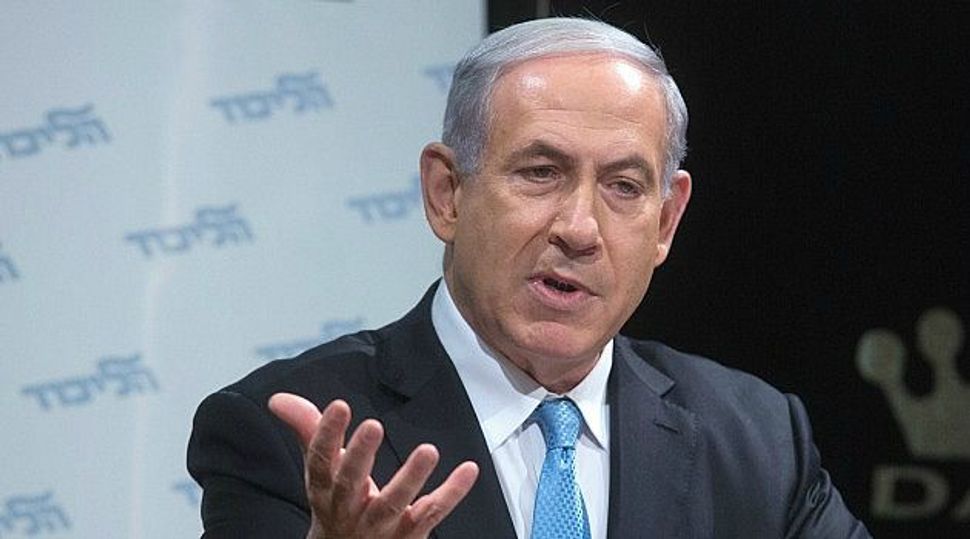 Israeli Prime Minister Benjamin Netanyahu’s planned speech to Congress next month has already accomplished a rare feat: It has united ideologues as different as Jeremy Ben Ami of J Street and Chris Wallace at Fox News — in opposition.

When the left-wing J Street organizes a petition calling on Congress to delay the speech, and the right-wing newscaster describes Netanyahu’s move as “wicked,” the criticism has gone beyond the reflexive to become an unusual piece of common ground.

And when even Michael Oren, the former Israeli ambassador to the U.S., says the speech was a “cynical political move” that could “hurt our attempts to act against Iran” — well, you’ve hit the trifecta.

Rarely, if ever, can we remember these three men agreeing so enthusiastically on anything.

Their reasoning: By accepting House Speaker John Boehner’s invitation to promote Iran sanctions legislation before a joint meeting of Congress, Netanyahu has risked further damaging his already-fraught relationship with President Obama. But the Israeli prime minister has done something else equally perilous. He’s once again put American Jews in a terrible quandary, making it even more difficult to provide Israel with the bipartisan support she needs and deserves.

This is especially ironic because, with his polished manner and accent-free speech, Netanyahu has long been seen as an Israeli leader who knows how to reach Americans where it counts: as a telegenic, persuasive spokesman for his cause. The last time he addressed a session of Congress, in May 2011, he drew a standing ovation 29 times.

By so closely aligning himself with the GOP leadership otherwise unpopular with most American Jews, and by openly defying a president still popular with many of them, Netanyahu is effectively asking Jews to make an unpalatable choice.

Some will choose his perspective on Iran over all else. Many others will remain conflicted. Conflict begets anxiety. And anxiety on Israel often leads would-be supporters to shrug and walk away.

Apathy on Israel is far more dangerous in the long-term than a few angry college kids protesting the occupation. For all his political savvy, Netanyahu and whoever is advising him are showing themselves particularly inept at reading and reaching the majority of American Jews whose opinions are not necessarily reflected by the communal leadership that purports to speak for them.

Just look at the numbers. Jews remain the most staunchly liberal voting bloc in presidential elections after African-Americans, and even if Obama received fewer Jewish votes in 2012, that statement still stands. Moreover, there’s evidence that Jews are more supportive of his approach to Iran’s nuclear ambitions than the nation as a whole.

In the Pew Research Center’s 2013 survey of American Jews, 52% approved of Obama’s handling of Iran, compared with 41% of the public as a whole. (The Jewish support was consistent throughout the age groups, and only differed according to religious denominations, with self-defined Orthodox Jews less supportive than their more liberal counterparts.)

Since then, other surveys have shown even more Americans favoring a diplomatic approach to Iran. A study conducted last year by the Center for International and Security Studies at the University of Maryland found that 61% of the American public favored a deal that would limit Iran’s enrichment capacity and impose additional intrusive inspections in exchange for the lifting of some sanctions. “Majorities of Republicans, Democrats and independents all think that compromise makes more sense than yet another round of sanctions,” said Nancy Gallagher, the center’s research director. Never mind an all-out war.

With public sentiment like this, you cannot blame the Obama administration for pursuing the diplomatic approach. And you can’t expect that a great many American Jews are going to sharply depart from the prevailing national attitudes.

Especially because Netanyahu is asking them to embrace a political party whose stands on other issues defy their own values. Boehner’s GOP opposes immigration reform, serious governmental responses to climate change, the Affordable Care Act, a raise in the minimum wage, the right to an abortion, the legalization of same-sex marriage — all demonstrated domestic priorities for many Jews.

This is, of course, not the first time that Netanyahu has placed himself in a position of forcing an uncomfortable choice. It happened in 2011, when he last spoke to Congress, and again in 2013, just before an interim agreement between Iran and Western nations was signed in Geneva.

What if Netanyahu is the misunderstood, principled hero in this geopolitical drama, speaking the truth although it is unpopular? Even if you believe that narrative, there’s surely a more effective way to persuade your most important benefactor than poking him in the eye and expecting his loyal supporters to cheer. This is where political calculations are at odds with ordinary mathematics, where 535 (members of Congress) count for less than one (occupant of the Oval Office) — who, after all, directs American foreign policy and represents, in the end, the most reliable guarantor of Israel’s security.

As Jeffrey Goldberg writes in the Atlantic: “A sitting president cannot be written off by a small, dependent ally, without terrible consequences.”

And one of those consequences incurred by the “Republican Senator from Israel” — that’s what some call Netanyahu now — is the damage done to the Israeli government’s relationship with the majority of American Jews. Netanyahu may be appeasing his funders, his Congressional allies and his friends in Jewish communal leadership with his upcoming speech. But he risks alienating many more American Jews whose support he may no longer take for granted.