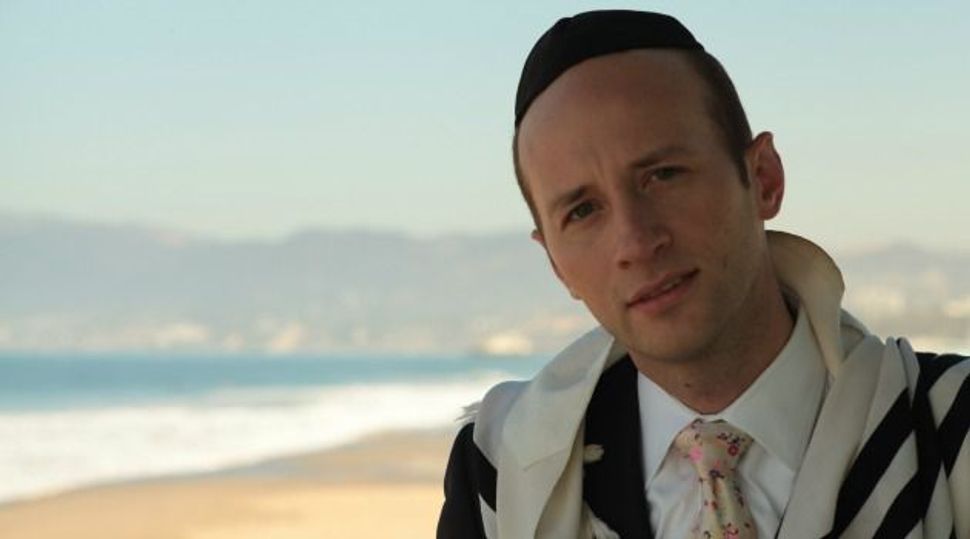 Rabbi on the Beach from Jewish Daily Forward on Vimeo.

When Martyna Starosta, our digital media producer, was on assignment in Los Angeles, she stopped by to see Rabbi Fink and his unusual form of Jewish outreach. “Why not an Orthodox Shul on the beach?” Martyna told me. “Hollywood is just around the corner, so it feels like another film set where prayers and surfers inhabit the same floating daydream.”

She was struck by the unconventional way Fink approached the challenge of blending his traditional core congregation with the more transient Jews who journey through Venice beach. He’s extremely active on the Internet, with his own blog “Fink or Swim” where he comments on current events. He participated in National Geographic’s reality TV show “Church Hoppers.” Most importantly, he is open to meeting fellow Jews wherever they feel most comfortable — whether it’s at someone’s house or at a coffee shop.

“I don’t view myself as just a rabbi with a shul. I view myself as a rabbi who has a shul and has a responsibility to the people who live in the area,” Fink told her. “I don’t want my relationship to depend on whether they were going to become more orthodox. I wanted it to be genuinely about them and what they could do as Jews the way they are and to maximize their experience as the people that they are right now.”

It’s time now to find the new Rabbi Fink, or his many equivalents — rabbis on the pulpit or in the classroom, in Hillel or hospice, who touch the lives of other Jews in profound ways. We count on you, our readers, to find these stories and share them with us.

Fill out our online form below with your nomination and we’ll publish the most compelling stories before Passover. The deadline is February 16. The possibilities are as endless as the ocean that serves as the backdrop to Rabbi Fink’s inspirational work.